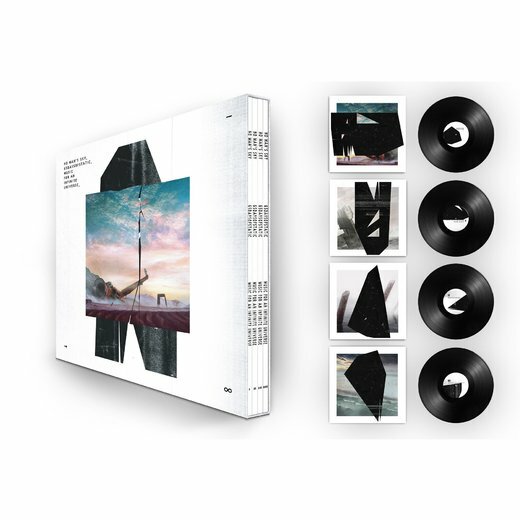 65daysofstatic — No Man’s Sky: Music for an Infinite Universe

→     The instrumental electronic rock quartet stream one of their most ambitious projects to date exclusively with The Independent. (below)...

...................................
→ Laced Records have teamed up with 65daysofstatic and Hello Games to bring you No Man’s Sky: Music for an Infinite Universe across digital, CD and vinyl formats. After the track ‘Debutante’ accompanied the first reveal of No Man’s Sky in 2013, the band spent over a year composing original music for the game’s soundtrack. No Man’s Sky’s procedurally generated universe is unlike anything yet seen in the gaming world, and 65daysofstatic’s sonic assault is equally ambitious. The release itself comprises 10 tracks of original music, plus a second collection of 6 soundscapes and sound design, an all–encompassing journey of almost two hours. The 6 additional soundscapes are exclusive to the Laced Records release.
→ No Man’s Sky: Music for an Infinite Universe is equally grand in its ambition, an experimental and overwhelming sonic experience that pushes 65dos into new territory while retaining their innate sense of relentlessness, driving rhythm, and a tune you can hum.
...................................
→ Mastered at the world famous Abbey Road Studios
→ Recorded at Chapel Studios, Lincolnshire
→ Co–produced by Dave Sanderson (Reverend & the Makers)
→ Mixed at Castle of Doom, Glasgow by Tony Doogan (Mogwai, Belle & Sebastian)
→ All images shown here are mock–ups.
Label: https://www.lacedrecords.co/
Website: http://65daysofstatic.com/wordpress/
MySpace: https://myspace.com/65propaganda
Twitter: https://twitter.com/65dos?lang=cs
Soundcloud: https://soundcloud.com/65daysofstatic
Facebook: https://www.facebook.com/65propaganda/

Review/Interview
Remfry Dedman, Thursday 4 August 2016
→ 65daysofstatic have always been a band unafraid to take on wildly ambitious projects, but the soundtrack for No Man’s Sky, an expansive, space exploration game that puts players in a universe of 18,446,744,073,709,551,616 procedurally generated planets, is surely their most grandstanding yet. It’s been estimated that it would take a single player 500billion years to visit each planet in the game, which kinda puts those 200hours you’ve been levelling up your warlock in Skyrim into perspective.
→ Creating a soundtrack for a universe that is not only so vast but essentially created on the fly by a series of algorithms is a daunting prospect for any band. Given their cinematic scope and penchant for science fiction (their first foray into soundtracks being a reworking of the score to Douglas Trumbull’s 1972 environmentally-conscious sci-fi film Silent Running), 65DOS were the perfect band to capture the feeling of exploring almost limitless space. Through the writing process, the band created two forms of music; the more traditional ‘song-based’ structured record (effectively the new 65DOS album) and a series of soundscapes made up from components of those songs that are procedurally played out in–game. A natural progression from 2013’s critically lauded Wild Light, No Man’s Sky: Music For An Infinite Universe is a bold step into a new frontier for a band that is constantly evolving.
→ Joe Shrewsbury, one of 65daysofstatic’s founding members, took time out to answer some questions about No Man’s Sky and their involvement in the project
Q:   How did 65DOS get involved in the No Man’s Sky project?
A:   Way back in 2013 we received a request to license the track ‘Debutante’ from our album We Were Exploding Anyway for a promotional trailer for No Man’s Sky. We were intrigued by the game, and asked to learn more, and the more we learnt the more we wanted to be involved. We made it abundantly clear that if they didn’t have someone lined up to do the soundtrack, we’d be interested. Fortunately for us, they were fans of our music already, and we met up with Sean not long after that, and were subsequently offered the project.
Q:   What was the brief given to you by the game’s developers, Hello Games?
A:   It was quite simply ‘write the next 65daysofstatic album’. Our involvement in the procedural audio, the actual in–game music came later. The plan was always to use elements of the album for that purpose, but we established a really good relationship with No Man’s Sky audio director, Paul Weir, and by the time we’d finished the bulk of the recording, it was clear that the procedural stuff would be more collaborative than we’d initially imagined. So as well as deconstructing the album, we were able to generate more audio to feed into the game. That extra sound design used the palette of sounds we’d developed for the record as a jump off, but expanded upon it.
Writing the album, we both adhered to and ignored the brief. That is, we wrote a bunch of music with an album format in mind, but we also wrote a great deal more music than that, assuming it would probably be useful in some way. It was. I think we saw the responsibility we were given for the No Man’s Sky music (i.e. there weren’t a bunch of studio execs saying useful stuff like ‘can it have more of an Aphex Twin vibe? Like Aphex Twin but with a K–pop edge’) meant we felt trusted and we saw the project as an opportunity to augment No Man’s Sky’s already strong aesthetic with something that would make it darker, bigger, sadder, more emotive than it already was. We didn’t want to play it safe, basically. 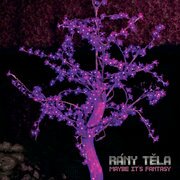