Review  by Scott Yanow  /  Rating: *****
¶  Other than a couple of obscure efforts for Buddah in 1970, this was percussionist Airto's debut as a leader, and this is still his most famous record. A brass section arranged by Don Sebesky is heard on two tracks, and such all-stars as keyboardist Chick Corea, flutist Hubert Laws, the reeds of Joe Farrell, and even pianist Keith Jarrett and guitarist George Benson make worthwhile appearances. ¶  Flora Purim joins Airto in the one vocal piece ("Free"), and "Return to Forever" receives an early recording. The music combines together jazz, Brazilian music, and aspects of fusion and funk quite successfully.
Awards:
¶  Airto was voted the number one percussionist in “Down Beat Magazine's Critics Poll” for the years 1975 through 1982 and most recently in 1993.
¶  In September 2002, Brazil’s President Fernando Henrique Cardoso named Airto Moreira and Flora Purim to the “Order of Rio Branco”, one of Brazil's highest honors.
Biography  by Scott Yanow
¶  The most high-profile percussionist of the 1970s and still among the most famous, Airto Moreira (often simply known by his first name) helped make percussion an essential part of many modern jazz groups; his tambourine solos can border on the amazing. Airto originally studied guitar and piano before becoming a percussionist. He played locally in Brazil, collected and studied over 120 different percussion instruments, and in 1968 moved to the U.S. with his wife, singer Flora Purim. Airto played with Miles Davis during part of 1969-1970, appearing on several records (most notably Live Evil). He worked with Lee Morgan for a bit in 1971, was an original member of Weather Report, and in 1972 was part of Chick Corea's initial version of Return to Forever with Flora Purim; he and Corea also recorded the classic Captain Marvel with Stan Getz. By 1973, Airto was famous enough to have his own group, which was signed to CTI and appeared on Purim's sessions. Since then, he has stayed busy, mostly co-leading bands with his wife and recording as a leader for many labels, including Buddah, CTI, Arista, Warner Bros., Caroline, Rykodisc, In & Out, and B&W. Not all of his music as a leader would be called jazz, but Airto remains a very impressive player.

© A concert by the Samba-Salsa-Swing All-Stars in NYC. Pictured here are Frank Colon, Flora Purim and Nicky Marrero.

© "The girl with the yellow balloon" - painting - Zbigniew Rabsztyn 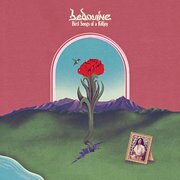