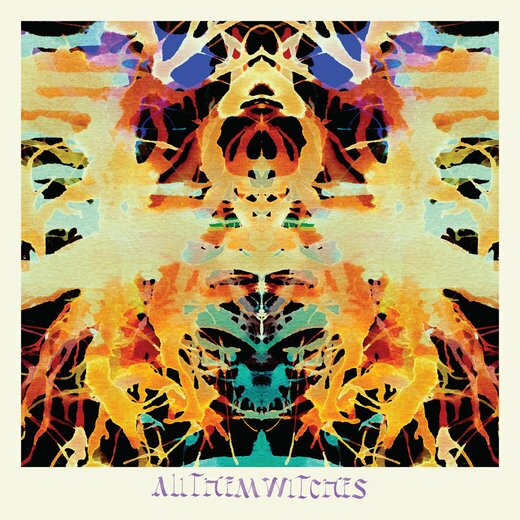 ♠•≡♠   All Them Witches dig up diamond hooks from rough desert rock.
♠•≡♠   Heavy, heady and hypnotic, All Them Witches concoct a powerful and potent psychedelic sound that fuses bluesy soul, Southern swagger and thunderous hard rock. Formed: January 6, 2012 in Nashville, TN
Genre: Stoner Rock, Psychedelic, Desert, Blues (desert rock rock blues colorful dance electric futurist harmonic heavy psychedelic hifi jam psychedelic stoner)
Location: Nashville, TN, U.S.
FOR FANS OF: The Sword, Kadavar, Earthless, Summoner, Led Zeppelin
Album release: 24 February 2017
Record Label: New West Records
Duration:     46:07
Tracks:
1 Bulls     6:40
2 Don’t Bring Me Coffee     3:10
3 Bruce Lee     3:11
4 3~5~7     3:56
5 Am I Going Up?     5:33
6 Alabaster     6:57
7 Cowboy Kirk     6:50
8 Internet     9:50
℗ 2017 New West Records, LLC
Personnel:
•≡•   Ben McLeod   Guitar, Bass, Mellotron, Percussion
•≡•   Robby Staebler   Drums, Percussion
•≡•   Michael Parks, Jr.   Vocals, Bass, Guitar, Mellotron, Percussion
•≡•   Allan Van Cleave   Rhodes, Organ, Piano, Mellotron
Additional:
•≡•   Mickey Raphael — Harmonica (Internet)
•≡•   Caitlin Rose — Vocals (Bulls, 3~5~7, Am I Going Up?, Alabaster)
•≡•   Tristen — Vocals (Bulls, 3~5~7, Am I Going Up?, Alabaster)
•≡•   Erin Rae — Vocals (Bulls, 3~5~7, Am I Going Up?, Alabaster)
•≡•   Dave Cobb — Percussion (Bruce Lee)
Produced By: Dave Cobb
Recorded & Mixed By: Eddie Spear at Creative Workshop - Nashville TN
Mastered By: Pete Lyman at Infrasonic Sound — Los Angeles, CA
Management: Wes Kidd at Red Light Management
US Booking: Zachary Cepin at High Road Touring
International Booking: Oliver Ward at United Talent Agency
Package Layout: Tom Bejgrowicz
Art: Robby Staebler
Product Description
♠•≡•♠   Produced by Dave Cobb (Chris Stapleton, Sturgill Simpson, Rival Sons) and mixed/engineered by UK~bred young-gun Eddie Spear, All Them Witches’ “Sleeping Through The War” is the quartet’s most bold and well~crafted record to date. The album’s creation marks the first time in the band’s history that a record was written before entering the studio. This process allowed for an alignment of the band’s art, desire and time. Convening in Nashville for only six days after a year of relentlessly touring their New West Records debut “Dying Surfer Meets Their Maker,” the band’s spirit coalesced in a rhythm of statement and melody that simply needs to be heard...repeatedly. With the guidance of Cobb and Spear, “Sleeping Through The War” captures the truest energy of the group, full blast, fun and contemplative. The record was made with volume in mind. “Sleeping Through The War” is meant to be played loud, cranked up and without reservation. Feel it live through your stereo system or listen to it speak in tongues through your headphones. The sounds are nothing without the songs and the songs are nothing without the lyrics. This record is a result of constant touring, world travel, overstimulated/divided humanity, and a learning of awareness and compassion.
Review
By Ian King / 03 FEBRUARY 2017, 15:30 GMT / Score: 8.5
♠•≡•♠   Carrying a reputation for following instinct over calculation, All Them Witches lunge into the young year wielding Sleeping Through the War, a record that potently concentrates all that the band pull up from their well of heavy Americana.
♠•≡•♠   Depending on which state~of~the~pop~world conversation you jump into, rock is routinely in decline, left for dead, or being resuscitated. All Them Witches don’t seem like the kind of guys to entertain any of those notions. Their three previous studio albums ~ the most recent being the journey~mannered Dying Surfer Meets His Maker in 2015 ~ are thick with drunk history but thin on straight revival. The face value of modernity remains in question here, as the parting psych blues jam “Internet” winds down with singer/multi~instrumentalist Charles Michael Parks, Jr. shrugging, “If you’re asking me / I got one thing to say / If I can’t live here / Guess I’ll go live on the internet.” Sleeping Through the War nods more than it winks, but it operates with its own in~joke sense of humor.
♠•≡•♠   All Them Witches may on the surface appear to be an unlikely candidate to straddle segmented listener streams and channels, but, whether by accident or intent, they have arrived at a natural ease with cruising across common ground. Like Josh Homme’s Kyuss and Queens Of The Stone Age, they dig up diamond hooks from rough desert rock. They can swing between tranquil and torrential in an almost Mogwai~esque manner, as the massive strobe light opener “Bulls” demonstrates. Nashville grounding informs their grooves and affords them the inspired addition of recurring backing vocals by local notables Erin Rae, Caitlin Rose and Tristen.
♠•≡•♠   Sleeping Through the War’s persuasive determination to chew up everything in its path make minor idiosyncrasies like Allan Van Cleave’s psychedelic organ punctuations on the pedal~to~the~floor “Bruce Lee” fit in without question. When Parks declares on “Don’t Bring Me Coffee” that “Ain’t nobody gonna tell me how to run my town/Don’t bring me no coffee/That ain’t how it’s gonna go down”, his meaning may not be entirely clear, but the point is taken. Even through mere speakers, All Them Witches have a physically imposing yet approachable presence.   ♠•≡•♠   https://www.thelineofbestfit.com/
Bandcamp: https://allthemwitches.bandcamp.com/album/sleeping-through-the-war
•≡•♠•≡•♠•≡•♠•≡•♠•≡•♠•≡•♠•≡•♠•≡•♠•≡•♠•≡•♠•≡•♠•≡•♠•≡•♠•≡•♠•≡ 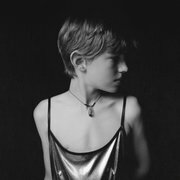