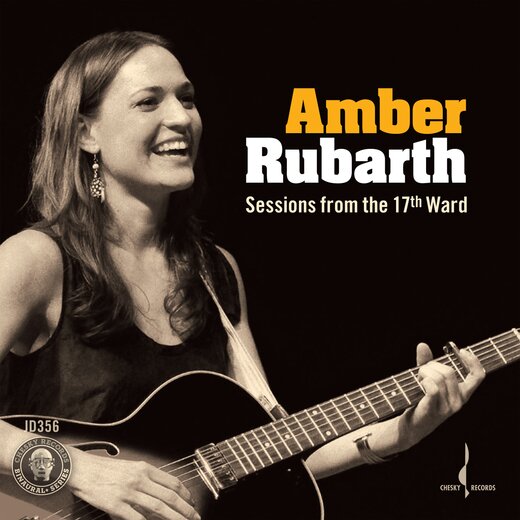 --------------------------------------------------------------------
¶  Amber Rubarth has become a fixture in New York's indie scene, named #1 Best of NYC Songwriter by Deli Magazine last year and grand prize winner of NPR's Mountain Stage New Song Contest. Over the past 7 years Amber has toured Europe, Japan and the US, including recent appearances at Carnegie Hall and the Lincoln Center Atrium. She is currently composing the score for the upcoming documentary Desert.
¶  Her songs have attracted enthusiastic praise from NPR All Songs Considered, The Huffington Post, BBC Radio, Acoustic Guitar Magazine, and a Sun Studio Session airing nation-wide on PBS. She has shared the stage with many artists including Loudon Wainwright III, Jason Mraz, Roger McGuinn (The Byrds), Colin Hay, Martin Sexton and Lisa Loeb. Rubarth now composes for films as well, most recently writing music with Paul Brill for the highly acclaimed Sundance Film Festival winner Joan Rivers: A Piece of Work.
Press:
• “Part of the new old-soul generation... It flows with grace.” - Huffington Post
• “Excellent mastery of the guitar, equally impressive on piano... and a soaring voice that can belt out any tune. She may become unstoppable.” - Music Connection
• “Best new artist at this year’s Folk Alliance!” - WXPN Tastemaker Gene Shay
• Copyright 2012 Chesky Records All Rights Reserved.
--------------------------------------------------------------------
Amber Rubarth: From the Ward to the Woods
By Cassie Title
¶  Six albums and two EPs ago, Amber Rubarth was just a 17-year-old who decided to skip college in favor of making art with chainsaws. 13 years later, she's a bona fide indie goddess and NPR darling—writing and recording her own records, collaborating with the likes of Jason Mraz, composing for films, and completing her most recent and first live album, Sessions from the 17th Ward, available now.
¶  For someone who grew up listening to her father's CDs—a funny collection of Mariah Carey, Kenny G, The Bodyguard Soundtrack, Michael Bolton, and Gloria Estefan—she's come a long way. On Sessions, it's evident that Rubarth's folk-pop sound is progressing musically; she's experimenting with string instruments, bringing in collaborator Dave Eggar to play the cello and violin. And, she's already putting songs together for her next album, which is sure to showcase her exuberant personality (she's been known to do cartwheels with Emily Robison and Martie Maguire of the Dixie Chicks and Court Yard Hounds).
¶  Interview recently caught up with Rubarth by phone to discuss her limited-edition album art, musical prodigies, living in the woods, and Joan Rivers.
CASSIE TITLE: It's been five years since I first saw you perform at an open-mic night at the Davis Square Starbucks in Somerville, MA. Afterwards, I ordered your EP, Unfinished Art, which came with a decorative wall hanging. Do you still create limited-edition album art?
AMBER RUBARTH: I haven't done anything quite so extensive, but I did paint the cover of my last album, A Common Case of Disappearing. I really enjoy the whole process of creating something and making special editions to appreciate the people on the e-mail list who come to the shows and give them something special that's not available at regular stores. The first one was something that hung on the wall and the second was a little box that you could put things in. I'm not sure what the next album is going to be like, but I definitely want to do limited-edition, crazy packaging.
TITLE: You have an unusual story of how you became a musician.
RUBARTH: When I was 17, I moved to Nevada to do a chainsaw carving apprenticeship. I did that for about three and a half years. The head sculptor, who became a mentor to me, said that the most important thing he'd ever learned was that you have to figure out what your number-one passion is and throw everything into that. And that if you didn't do that, then you're not really serving your purpose in the world, because you're not going to put that extra effort in. And I knew I loved music, so I just quit and decided to pursue it. But I had never played guitar before, and I'd never really written songs or performed them. He said that you shouldn't have a back-up plan, and it helped me to have that encouragement.
TITLE: Do you have a musical background?
RUBARTH: There was a piano in my house, and my brother had taken lessons when I was a kid. I don't remember this, but my mom told me she came home one day and I had learned everything he had studied for a year, and I was playing it on the piano.
TITLE: How old were you?
RUBATH: Maybe three or four.
TITLE: You were a prodigy!
RUBARTH: I don't know. I still only play by ear. I don't have any training. But the piano actually makes more sense to me than guitar, even though I play more guitar now. And then, it wasn't till later that I started really writing songs. Writing songs was an outlet that I needed, so I became obsessed with it. It allowed me to express a bunch of stuff that had been piling up.
TITLE: I love how your songs actually tell stories—especially in your collaboration with Alex Wong, The Paper Raincoat.
RUBARTH: I'm hoping that we'll do some more stuff, and I think that we will, but The Paper Raincoat is kind of on a hiatus.
TITLE: I saw that you were doing some composing for movies.
RUBARTH: I worked on one with my friend Paul Brill, who's a really great composer and songwriter. We did the music for the Joan Rivers film that came out, A Piece of Work.
TITLE: How is the Joan Rivers music different from your other stuff?
RUBARTH: It's totally different; it's not lyrics-based at all, it's just music. It's really fun to write for this kind of stuff, because it's just a big learning experience for me. Also, because I usually write so autobiographically, it's nice to have someone else's story or a visual and just focus on the music.

TITLE: On your latest album, Sessions from the 17th Ward, there were some tracks that were just instrumentals.
RUBARTH: I think we had four instrumental tracks on there. I've been working a lot with cellist Dave Eggar, and we did that album together. And something we've been doing in live shows is putting instrumental pieces between songs, like coming out of one song into an instrumental and then falling into the next one without really having to stop. So it's a little bit more seamless, rather than, song, stop, song, stop. And so we decided to do that for the album. I tend to write a lot of words in songs, so I think that it's been nice to have a lot of dialogue and then this space for people to go off on their own in their heads and do some thinking and then go into a new song.
TITLE: What made you decide to do a live album?
RUBARTH: David Chesky. He's been working with this new recording technique called Binaural. The microphone itself is like a torso and a head of a person. It looks like a crash-test dummy that hears exactly like a human.
TITLE: That's crazy.
RUBARTH: I had been invited to do one song for a compilation that he was doing that showed this new recording technology. And I came in there with Dave [Eggar] and recorded one song for it, and [Chesky] came out and said, "Hey, do you want to just do a whole album?" So we did it live; it was in this old church in Brooklyn, and there was no postproduction for anything. And there's no mixing, because there's only one microphone; there's no effects added. I think sometimes since we have so much technology today it's easy to overproduce things and perfect things in a way that's not really natural, and I've always really gravitated toward imperfections and just the essence of the thing.
TITLE: The album's vibe is almost country. I know you recently wrote with two of the Dixie Chicks. Did that experience influence this new sound?
RUBARTH: I don't really know; I definitely see that a lot of the new songs I've been writing have a little bit more of an Americana, country flair to them, and it's not intentional; maybe it's because I've moved out to the woods. Being able to write with Martie and Emily was also really inspiring. Another thing is that I've been touring a lot in Appalachia.
TITLE: For a young indie musician, Brooklyn's Mecca. But you left for the woods.
RUBARTH: I think I just really like nature and I needed more centering in my life. It's been the best thing I've done for myself to move out here and be by myself and have the space to really write.
TITLE: You've been writing, but have you been making chainsaw sculptures?
RUBARTH: I actually did get a chainsaw! I have a workshop downstairs; I've been building some things. I've gotten more involved with the visual arts again.
TITLE: Can you talk about the show on the 14th?
RUBARTH: It's going to be fun! It's the album release for this new live album, and it's going to be Dave Eggar on the cello and Chuck Palmer, the percussionist for this album, and also Max ZT, who is the world champion hammered dulcimer player. We're doing it at Studio at Webster Hall, and Katie Costello's opening, and she's incredible and super quirky. It's also the EP release for this new band A Great Big World, but they've [Ian Axel and Chad Vaccarino] been doing music together for a long time. We'll all be collaborating; I'll be on some of their songs and they'll be on some of mine.
¶  AMBER RUBARTH WILL BE PLAYING AN ALBUM RELEASE SHOW FOR HER LIVE RECORD SESSIONS FROM THE 17TH WARD AT WEBSTER HALL.  FOR MORE ABOUT THE ARTIST, VISIT HER WEBSITE: http://www.amberrubarth.com/.
Fortaken: http://www.interviewmagazine.com

© Photo by my best friend Corina Marie.. I only do my sexy face for her.

© Photo: Amber Rubarth and her hollow body electric Washburn she loves (a lot).

© Photo from the 1 & only Jose Sinatra, suitcase from Queens thrift shop.

© Photo credit: Tack pianos are the coolest. Photo by Gregory Page, song by me. 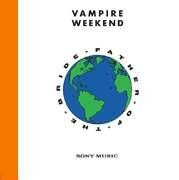