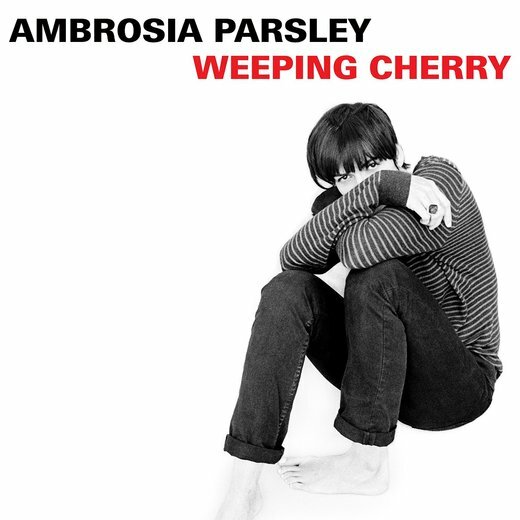 Ambrosia Parsley — Weeping Cherry
≡°≡   “It’s about sharks and blood and shitty pictures,” the former Shivaree member, whose music has been tapped for films by directors like Quentin Tarantino and David O Russell.
≡°≡   “Lost honeybees, lost heads…(let’s have a drink!)… food shortages and knock knock jokes. A guy walks into a bar with a semi automatic… You know, just another song about the end of the world.”

REVIEW
Christine Tsimbis, April 23, 2015
≡°≡   Ambrosia Parsley’s debut solo album, Weeping Cherry, showcases her mesmerising voice and beautiful lyricism. After 15 years and half a million records sold, the former Shivaree member left the band in 2007 to dedicate her time to being a mother. However, after working independently on her own creative project for an extended period of time, a tumultuous set of personal circumstances led her to finally complete Weeping Cherry. An album that is emotionally gripping, it is laced with love and loss, light and darkness as she weaves a complex web of meaning that reaches out to the hearts of her listeners.
≡°≡   The title track, ‘Weeping Cherry’, is embedded with a hidden darkness as she hints at a relationship that cannot be rectified, a love that cannot be rekindled. Her soft and delicate voice entrances, contrasting against the emotional turmoil that exists within her lyrics. ‘Rubble’ is also one of the album’s more prominent songs, and the first song that was written on Weeping Cherry. It ruminates over a similar theme and feel to ‘Weeping Cherry’; the lyrics convey the idea that she is possibly scared of having her indiscretions discovered, which will ultimately tear her heart into rubble. ≡°≡   One of Ambrosia’s lyrics in ‘Rubble’, ‘There’ll be no heart to rest your head upon,’ implies that she is struggling with her personal views on love and loss. This track also lulls its listeners into feeling a sense of tranquility, as Ambrosia’s vocals are smooth amongst a combination of quiet and noisy sounds. This is once again juxtaposed with her angst and emotional turmoil.
≡°≡   According to Ambrosia, most of the songs on Weeping Cherry revolve around her conversations to lost loved ones; she has endured the deaths of relatives, friends and bandmates in the small timespan of a year. This is evident in ‘Skin and Bones’, which starts off with the scraping sound of guitars followed by a sassy piano melody and her seductive vocals. Ambrosia appears to be challenging the concept of death itself, giving it almost humanlike qualities, as she requests it to free her loved one of his shackled condition.
≡°≡   ‘Make Me Laugh’ is another intriguing song on the album, as its haunting exterior and bittersweet lyrics are once again combined with Ambrosia’s lovely voice. ≡°≡   This song is another example of how Ambrosia’s music is laced with heartache. Yet, what comes from her inability to hold onto her loved ones is a growing wisdom and strength.
≡°≡   Weeping Cherry will draw you in with its mystical lyrics, beautiful vocals and heartfelt music. Ambrosia employs her past experiences as a means to move forward. ≡°≡   She quotes, ‘I may also be superstitious about certain fatalistic tendencies. I think they allow me to walk away from things, to recognise them for what they are, and at some point forge on’. Ambrosia’s acknowledgement of loss in Weeping Cherry provides her with the strength and wisdom to pave her way forward and start a new chapter in her life, and that is an important life lesson that she is teaching her listeners to abide by as well. ≡°≡   http://www.aphramag.com/ambrosia-parsley-weeping-cherry/

ABOUT
≡°≡   There are ways to look back without getting stuck in the past, and to use what is behind as fuel to move forward. Ambrosia Parsley knows this balance well.
≡°≡   “I’m certainly guilty of magical thinking,” says Parsley. “Sometimes I wonder things like… Hmmm, if I hold my breath for five minutes, will the universe reward me with the perfect line to finish this song? I may also be superstitious about certain fatalistic tendencies. I think they allow me to walk away from things, to recognize them for what they are, and at some point forge on. So I keep them close. It gives me a bit of a dark wrap, but I do really enjoy the light–I only wish that it came to me as easily.”
≡°≡   The New York singer–songwriter is no stranger to conjuring success, selling a half–million records over the last 15 years with her band, Shivaree, having music in the films of Quentin Tarantino and David O Russell while working with the best and brightest, from Laurie Anderson to Chuck D to Hal Wilner to Dave Sitek. In 2006, though, Parsley gave us the slip, ending her band to raise her son in the Catskill countryside. Songs occasionally crept out — as did Parsley herself, sometimes appearing onstage at small clubs or backing friends — but her promised full–length solo debut repeatedly hit snags. Rather than retreat or show regret, the Parsley carried on, finally releasing Weeping Cherry in France in 2013. And now, 18 months later, the album is finally set to be released Stateside this April through Brooklyn’s Barbès Records, and boosted by a new bonus track (“The Answer”).

≡°≡   “I’m walking through life with Gomer Pyle’s mojo,” laughs Parsley. “I’ve lost records to record companies, to miles of red–tape silliness, you name it. In one way it’s been good, because I’ve had so many babies hit on the head with frying pans that I don’t take any of them as seriously as I used to. That’s somewhat liberating.”
≡°≡   Despite the dark, mysterious and ghostly qualities of her music and persona, Parsley has never been much of a gloom–and–doom girl. Learning to look beyond the expectations that often come with achievement, her songwriting continues to evolve and find new wings. When speaking about her career she may use terms like “fairy dust” and “silver linings,” but at its core, Weeping Cherry is a work of reflective therapy, an opportunity for its maker to speak to loved ones lost, and to treat the past as prologue.
≡°≡   In quick succession, in the span of a single year, Parsley endured the deaths of a series of friends, bandmates, and relatives. The songs of Weeping Cherry are, in her words, “basically conversations with dead people — with the exception of one or two, which feature my tried and true: sin, punishment and redemption. I hadn’t written a solid collection in a really long time, but this one was more exorcism than exercise. And even though it’s such a dark one, I never had so much fun making a record.”
≡°≡   Working with longtime collaborators Chris Maxwell and Phil Hernandez (aka The Elegant Too), as well as contributors Danny McGough, Joan Wasser, AA Bondy, Benjamin Biolay, and those dearly departed, Parsley recorded the album piecemeal over many months. The first song captured was “Rubble,” a slow, sexy crawl of a tune that features the singer’s stirring vocal climbing the swelling acoustic tide to a quiet cacophony. “It’s about being afraid of getting dragged down under the bed…into hell,” she says. “Sitting there thinking about all the bad things you’ve ever done, and being pulled under, metaphorically and literally.”
≡°≡   Remarkably, the song happened in an instant, without preparation — a rare occurrence for Parsley. “Chris and Phil started playing it and I started singing it and it just happened like that, all at once. It’s the one time it’s ever happened, when I didn’t have anything prepared, some little nugget of an idea to start from. But it was as if the soul of the record just strolled into the room and then everything else got built around it.”
≡°≡   Another song, “Catalina,” deals with the passing of a close friend and early collaborator. “A year after we scattered his ashes off Catalina, there was a terrible fire on the island,” she says. “He was such a hell–raiser. I was actually sort of surprised it took him that long to set that place on fire.” As a guitar strums over keyboard chords and soft, steady drums, Parsley’s voice echoes out poignant and emotive, yet confident and full — it’s a cathartic experience just listening to her sing the words, “These prayers are meant to bring you back/Dancing through the fires of the dead.”
≡°≡   “I can get let myself get weepy every day,” says Parsley. “But as time goes on, and people really close to you start going, the world becomes a collection of ghosts; they’re still very much with you.” As is her nature, Parsley refused to let the process of creating Weeping Cherry be anything short of a celebration of–and conversation with–the past.
≡°≡   “I don’t feel like the record sounds really sad because we weren’t really sad when we were making it,” she says. “I usually can’t write about anything while I’m sad. I can only write about it once it’s funny, which can take a really long time, after its been in the bottle a while. We tried, in between a few nightmares, to sound pretty and joyous. I don’t want to be the designated bummer–I like to laugh and dance too much for that.”
≡°≡   And as for that seemingly tearful album title? “It’s named after a big cherry tree at the bottom of my road,” she says. “But, also, did you know that kamikaze pilots often painted cherry blossoms on their planes? So, in honor of my friends who were kamikaze pilots, it felt right.”
Facebook: https://www.facebook.com/AmbrosiaParsley
Press: Kip Kouri, Tell All Your Friends PR,
Agent: Frank Riley —
Website: http://www.msambrosiaparsley.com/ 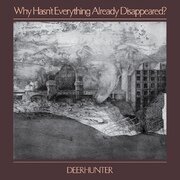