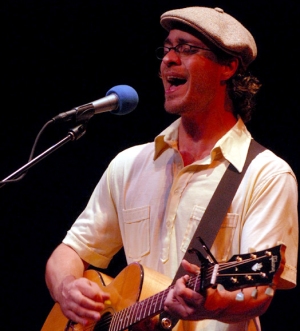 Amos Lee has announced the January 25, 2011 release of Mission Bell, his fourth album for EMI's Blue Note Records, and his richest and most fully formed album to date. Mission Bell, which was produced by Joey Burns of the acclaimed band Calexico, displays both range and cohesion, an array of emotions unified by Lee's eclectic taste and distinctive vocals. With a remarkable set of guests--including Lucinda Williams, Willie Nelson, Sam Beam (Iron & Wine), Priscilla Ahn, Pieta Brown, and James Gadson--and the musical backing of Calexico, the album marks the arrival of Amos Lee as a mature artist who continues to explore his musical and thematic interests. The most obvious change on Mission Bell is the album's intimate yet expansive sound, which Lee credits to Joey Burns and John Convertino of Calexico. After a chance meeting, the idea came up for Lee to go out to the band's Wavelab studio in Tucson and try some recording.

What do Lucinda Williams, Willie Nelson, Calexico, and Iron And Wine’s Sam Beam all have in common? They’re all guests on Philadelphia-based singer-songwriter Amos Lee‘s new album, Mission Bell (due January 25 on Blue Note Records). Mission Bell was produced by Joey Burns of Calexico and also features guest appearances from singer-songwriters Priscilla Ahn and Pieta Brown as well as legendary drummer James Gadson.

How did Lee connect with Calexico? After a chance meeting, Lee decided to go out to the band’s Wavelab Studio in Tucson and try some recording. “The musicality that those guys bring is just amazing,” Lee says. “It was especially nice to work with John and get a very different texture rhythmically. They’re great at creating atmosphere—sonically, they brought a beautiful dimension into a lot of the songs, and helped them to expand and breathe more.”

Philadelphia: Home to a rich musical history, a unique musical identity, and one of the nation's most thriving musical communities. In a scene filled with so many local bands worth listening to, there will always be new music to discover—and The Key is your source for finding it. Brought to you by WXPN—the non-commercial public radio station that World Cafe, Y-Rock, and XPoNential Music Festival call home—The Key covers all local music in Greater Philly and beyond. The site is edited by indie-rock nerd, man-about-town, and Salisbury University's WSUR Student DJ Of The Month (November 1996), Matthew Borlik. 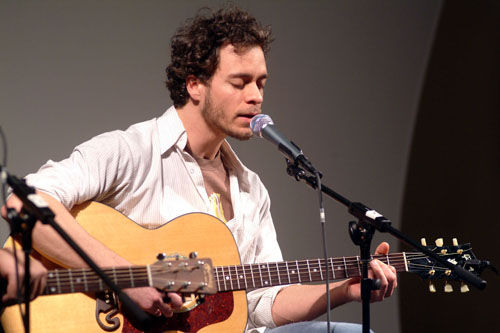 “Mission Bell reflects the themes of loss, redemption, and hope and Lee’s talents still ring true on the album: soulful vocals and vivid, narrative-driven lyrics mixing folk, pop, R&B, rock, gospel, blues and country influences. His skills fused with those of Joey Burns and Convertino, spark the perfect synergy on lead single, ‘Windows Are Rolled Down.’” — Billboard
“Lee and producer Joey Burns (Calexico) aren’t afraid to take chances and stretch the limits of Lee’s folky R&B sound…’Hello Again’ showcases his tremendous vocal range against booming trumpets that are reminiscent of the French Quarter.” — Filter
“I’m ready to convert to the church of Amos Lee.” — Bust
“Guy can play a mean guitar, but man, that voice.” — Metroland