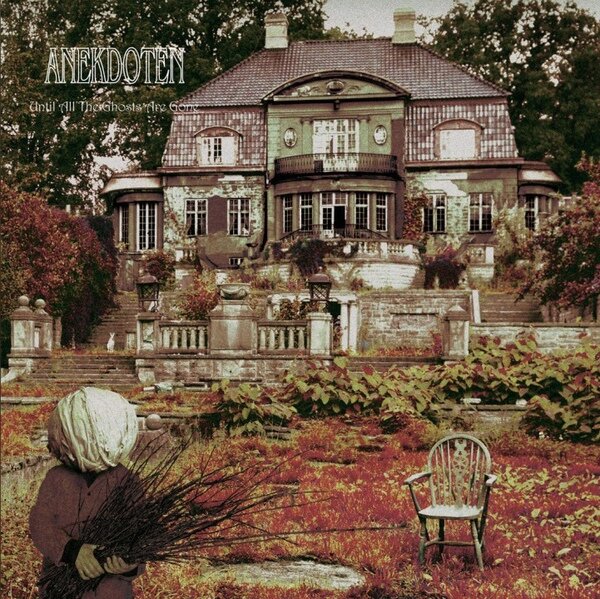 Description:
•    Anekdoten have confirmed the launch of sixth album Until All The Ghosts Are Gone next month — their first studio title in eight years. Nicklas Barker, Ann Sofi Dahlberg, Jan Erik Liljestrom and Peter Nordins have confirmed a number of guests who’ll appear on the follow–up to 2007’s A Time Of Day. mThey include former Opeth keyboardist Per Wiberg, King Crimson and Steven Wilson collaborator Theo Travis, plus Marty Wilson–Piper of The Church and All About Eve fame.
Artist Biography by Paul Collins
•    Anekdoten answers one of the great "what if" questions of art–rock: what if King Crimson hadn't broken up in the mid–seventies? Anekdoten is a remarkable sound–alike to Red–era King Crimson, which is hardly surprising given Anekdoten's roots as a tribute band. Its instrumentation of viola, distorted Rickenbacker bass, highly pitched drums, Frippy guitar, and mellotron all evoke this era of art–rock; the smoky English vocals only add to the effect.
•    All the stranger, then, that they should hail from Sweden in the 1990s. Anekdoten formed in 1990 in the town of Borlänge, where bassist and vocalist Jan Erik Liljestrom and guitarist and keyboardist Nicklas Berg teamed with drummer Peter Nordin to play such Crimson chestnuts as "Cirkus," "Mars," and "Starless." Anna Sofi Dahlberg, a cellist with a background in folk and classical music, joined the following year. In 1993 they self–released a debut album, Vemod; the first pressing sold out within a month and garnered favorable reviews. The Crimson influence was obvious, but others also noted similarities to Anglagard, Ruins, Il Balleto di Bronzo, and Magma. With their use of electric piano, mellotron, and melancholy lead vocals, though, the band can also sound much like late–model Radiohead.
•    After touring Europe and the United States in 1994, the band released a second album, Nucleus, in 1995. Although it has had some trouble reaching an American audience, the quality of Nucleus has only strengthened their credibility in progressive rock circles, where they maintain a small but devoted following. :: http://www.allmusic.com/
Lyrics
Shooting Star
Hold on, the king will come
Patience, my little child, time will be on your side
Hope’s gone for those who dared to walk out all alone
There’s no mercy to be found underneath the desert sun
Hold your head up high
Point the arrows straight at the sky
Hold your head up high
Struggling, battling the enemy within
Dangers lurking in the night hidden to the naked eye
Hold your head up high
Point the arrows straight at the sky
Hold your head up high
Take heed when you do hear my warning!
Comes a time
A clear blue morning
A cloudless sky
A new day dawning
No more fears or illusions
Only love
A brave new world awaiting us
No more wars
when we’re through it all
When we’re whole and one
there’ll be no more aggravation
We’re children groping in the dark
Can’t even see what’s in front of me
I wish upon a shooting star for immortality
A hard rain will begin to fall
We’ll be here waiting for the call
Know it won’t be very far
Did you see the sign?
Did you see the star?
Keep your eyes on the sky!
If It All Comes Down To You
We could be anything
so let’s try our luck down at the spin and win
Haven’t seen you for long
Heaven knows where you have gone
Would the words still ring true?
Did you see what I saw?
Did you hear wherever the call was coming from?
Would your mind be set free
where the river meets the sea?
Would it all come too true
if it all came down to you?
Where would you dare to go?
What would you dare to know?
If it all comes down to you
Studio albums:
•    Vemod      (Disk Union, 1993)
•    Nucleus      (Musea / Virta, 1995)
•    Official Bootleg: Live in Japan      (Disk Union, 1998)
•    From Within      (Musea, 1999)
•    Gravity      (Musea, 2003)
•    A Time of Day      (Virta, 2007)
•    Until All The Ghosts Are Gone      (Virta, 2015)
Compilations:
•    Chapters      (Snapper / KScope, 2009)
Live albums:
•    Live EP      (1997)
•    Official Bootleg: Live in Japan      (1998)
•    Waking the Dead, Live in Japan 2005      (2005)
Website: http://www.anekdoten.se/
Soundcloud: https://soundcloud.com/anekdoten/get-out-alive