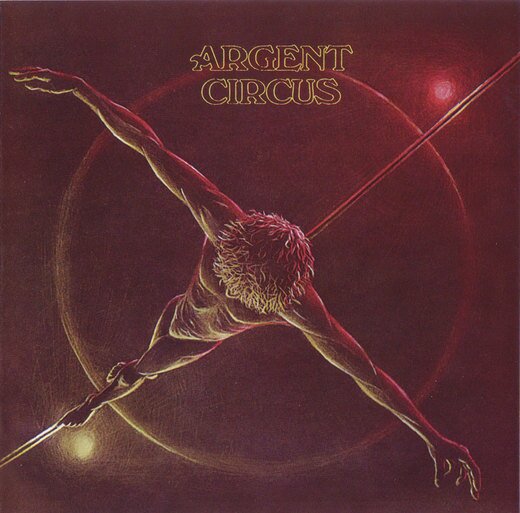 σ»  Circus is the sixth studio album of Argent, released in 1975 by Epic (PE 33422), and distributed by CBS. It was the last album as part of their contract with CBS Records and the first after the departure of founding member/lead vocalist/guitarist Russ Ballard. New lead vocalist John Verity was added at the recommendation of Ballard (Verity’s band had supported Argent during their previous tour and had impressed Ballard).
σ»  The album was recorded during an intense session after the new line up of the band workshopped and practised the material written largely by Rod Argent (bassist Jim Rodford wrote “Trapeze”). Prior to this album Argent had been working with his songwriting collaborator Chris White (the duo had written songs together and separately in The Zombies) on material for the band. The band quickly followed up with a second album Counterpoints the same year (1975) for RCA Records which has yet to be officially released on CD or in digital form.

σ»  The album is a concept album using the circus as a metaphor for life. The album charted at 171 in Billboard. “Circus” received a CD release as an individual title and a two album on one CD release from Wounded Bird Records in 2005.
Website: http://rodargent.com/
Twitter: https://twitter.com/zombierodargent
Facebook: https://www.facebook.com/rod.argent.5
Teamrock: http://www.teamrock.com/features/2010-03-31/argent-bridged-a-gap-between-60s-pop-the-hard-rock-of-cream-led-zep

Biography:
σ»  In the ever–changing world of pop and rock, it’s an achievement to write and perform even one song that stays in the public consciousness. To do it again and again, and for those songs to keep on renewing themselves decade after decade while you continue to create new ones and perform all over the world, is rare indeed. But then singer, songwriter, master of the keyboards and recording artist Rod Argent is a rare talent.
σ»  As it stands in 2013, three of the classic songs that Rod wrote and helped to make hits as a member of the Zombies in the 1960s now have total airplay in America alone of some 14 million. The US performing rights body BMI says that Time Of The Season stands at nearly seven million, She’s Not There at 4.5m and Tell Her No is on 3m. If you spun them 14 million times back to back, that would represent about 80 years’ worth of continuous music.

σ»  Those and other gems in Argent’s songbook have accrued millions more plays around the world, and his work is always in incredible demand for use in commercials and films everywhere. But as much as he still loves to play those and other landmark compositions, as he and Colin Blunstone tour to global acclaim with the revitalised Zombies, Rod Argent is no history man.
σ»  For Rod, nearly 50 years after he first caught the world’s attention as a writer and performer, there are still so many new songs to write, records to make and gigs to play. 2013 sees him busier than ever with the Zombies, with three tours of the US alone and, when they can get some time among the constant requests for gigs, TV and radio appearances and interviews, the prospect of beginning a new band album, the follow–up to 2011’s warmly received Breathe Out, Breathe In, for 2014 release.
σ»  That album drew lavish praise far and wide, with the Huffington Post describing it as “inspired…this is the time of the season to check this gem out.” Uncut magazine were delighted to find Argent, Blunstone and their bandmates “find Zombie heaven again” and the Washington Times smartly described the Zombies as “the finest British band still touring that doesn’t have Mick Jagger as a frontman.”

σ»  Rod Argent was born in St.Albans in 1945, just ten days before Blunstone’s birth a mere seven miles away. To coin a phrase, music was his first love, and if Rod’s brilliant dexterity as a keyboard player from his teenage years onwards might suggest a classical training, remarkably his only formal education was two years of piano lessons, plus a stint of several years in St. Albans Cathedral Choir.
σ»  Like so many British kids who were prime targets for the music from another planet that arrived in 1956, Rodney T. Argent fell head over heels for rock ‘n’ roll at the age of 11. By the end of the two minutes and 14 seconds of Elvis’ Hound Dog, he knew that one day he had to start his own band. Besides, his cousin Jim Rodford (later a co–founder with Rod of the band Argent, then a member of the Kinks and now bassist with the Zombies) had one called the Bluetones, whom Rod saw at that same tender age. By his own description, he had stars in his eyes.
σ»  Argent realised that dream five years later. Now in his mid–teens, his musical horizons had expanded to include everything from John Lee Hooker via Dave Brubeck to Bartok. Those catholic tastes would serve him well. In 1961 he met up with a bunch of mates outside the Blacksmith’s Arms in St. Albans, and walked a few yards down the road to The Pioneer Youth Club, where they held their very first rehearsal. After a few false starts at band names, such as the Mustangs and the Sundowners, they decided to call themselves the Zombies.