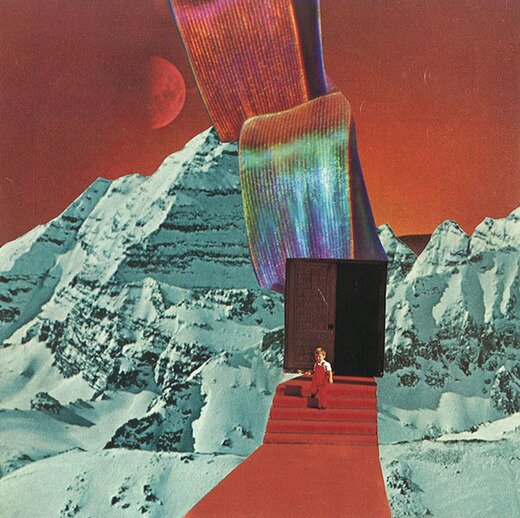 ♠≡  Thrilling cosmic pop from Dundee duo.
Location: Dundee, Scotland, UK
Album release: April 18th 2015
Format: Cassette
Edition: 100
Record Label: Static Caravan
Duration:     42:27
Tracks:
1. Sun–Blinded Capsule Memory Haze     5:19
2. The Ghost Of Benno Ohnesorg (Part I)     4:31
3. The Ghost Of Benno Ohnesorg (Part II)     7:12
4. The Ancient Mariner’s Burden      5:56
5. Doxologized      2:16
6. Valley Exit Jets     4:22
7. La Lumiere     5:06
8. Waalhaven     4:45
9. This Life Is But A Passing Dream     3:00
Review
Written by: Nicola Meighan;  Score: ****
♠≡  Beautiful Silvery Tay, with your landscapes so lovely and gay, and your uncanny knack for producing pop music that’s cosmic and thrilling. Witness Django Django, the Phantom Band and the Beta Band, all of whom have central protagonists raised a stone’s throw from Dundee. And now the city’s musical riches are further explored and embellished by local duo Art of the Memory Palace.
♠≡  The band, it must be said, has form. Art of the Memory Palace comprises Andrew Mitchell (Hazey Janes, Idlewild) and Raz Ullah (who can often be spotted touring in Jane Weaver’s band). The harmonic synth–brandishing duo bonded over a love of Stockhausen, Steve Reich, Popol Vuh and cassette technology, and their ensuing creative process, according to Mitchell, sounds painstaking, if terrific fun. They recorded hours of freeform music and created This Life is But a Passing Dream layer–upon–layer from reel–to–reel tapes, in order to instil the album with what they call ‘an analogue vapour quality’.
♠≡  The duo’s meticulous approach pays off. The record launches with an evocatively–titled space jam (they all are) called ‘Sun–Blinded Capsule Memory Haze’, all shimmering electro, choral disco and sonic laser beams. If that wasn’t a fine enough portent for things to come, it’s followed–up by a brilliant celestial suite in ‘The Ghost of Benno Ohnesorg’ (Parts 1 and 2) which voyages through loose, narcotic Pink Floyd grooves and motorik hosannas via Sophtware Slump–era Grandaddy technophilia.
♠≡  There’s a lot of interplanetary intervention on the album — it shines throughout the stellar waltz of ‘La Lumiere’ — but there are myriad earthly wonders, too. ‘The Ancient Mariner’s Burden’ is awash with seafaring reverie, from seabird cries and briny splashes to undulating cymbals and dirgy guitars: a tech–psych shanty haunted by mermaids past. Life is a passing dream, and death is eternal, but it sure does sound beautiful. ♠≡  https://www.list.co.uk/
Label: http://www.staticcaravan.org/
REVIEWS
♠≡  “This came from Scotland, but you’ve gotta look at the bigger picture: it came from space.” — [Norman Records]
♠≡  “Dreamy, uptempo, atmospheric, lively all packed in multi–coloured pictures of sound. Excellent.” — [Vital Weekly]
♠≡  “It’s an edition of 100, but this sort of approachable, upbeat and nonetheless experimental music really deserves to sell in the tens of thousand.” — [The Quietus]
♠≡  “Life is a passing dream, and death is eternal, but it sure does sound beautiful.” — [The List — album of the month]
♠≡  “Captivating and compulsive. You will be fidgeting to it all night.” — [Goldmine]
♠≡♠≡♠≡♠≡♠≡♠≡♠≡♠≡♠≡♠≡♠≡♠≡♠≡♠≡♠≡♠≡♠≡♠≡♠≡♠≡♠≡♠≡♠≡♠≡♠≡♠≡♠≡♠≡♠ 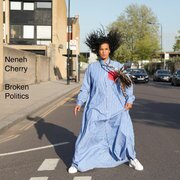