© Victoria Legrand performing at Manchester Cathedral, Manchester, in November 2010.
Location: Baltimore, Maryland
V.L. Born: Victoria Garance Alixe Legrand, May 28, 1981, Paris, France
Album release: October 30, 2015
Studio: Studio in the Country, (Bogalusa, Louisiana)
Record Label: Sub Pop / Vinyl
Duration:     40:47
Tracks:
1. "Majorette"      3:58
2. "She’s So Lovely"      4:22
3. "All Your Yeahs"      3:51
4. "One Thing"      5:38
5. "Common Girl"      3:07
6. "The Traveller"      4:09
7. "Elegy to the Void"      6:15
8. "Rough Song"      5:09
9. "Somewhere Tonight"      4:18
Ξ   All songs written and composed by Victoria Legrand and Alex Scally.
Ξ   Victoria Legrand — lead vocals, keyboards
Ξ   Alex Scally — guitar, bass pedals, keyboards, backing vocals
REVIEW
By Jayson Greene; October 16, 2015;  Score: 8.1
Ξ   Over the last decade, Beach House have been remarkably consistent: at regular intervals, they put an immaculate new record into the world, and each tends to satisfy the same need. Until now, their pace of releases has indicated a grasp of the spot their music held in listeners’ hearts; the world that Alex Scally and Victoria Legrand build on their records is a place we want to revisit, but the spaces in between records has felt essential to that magic. They are in their own way a theatrical band, and what’s more theatrical than a well–placed pause?
Ξ   Which all makes the appearance of Thank Your Lucky Stars, the band’s second full–length in as many months, surprising. Depression Cherry is still very much in view, and as fans, it feels a bit like the cast to a hit show suddenly reappearing for one more encore after the house lights have switched on and we were filing out. Thank You’s nine songs were recorded at the same time as Depression Cherry, and they do have a slightly darker edge: Legrand said that the album was more "political" in nature and that they felt the need for these songs to exist on their own, separate from the long–lens telegraphing of the typical album release cycle.

Ξ   Their sound feels purposefully smaller, tamping down the reverb that made Teen Dream, Bloom, and Depression Cherry feel like they were recorded in great stone cathedrals. You can hear them experimenting more with "off" notes in their otherwise–immaculate arrangements. On "Somewhere Tonight", Legrand lets a sour note sneak into one of her organ runs, and "One Thing" opens with a heavy cloud of electric guitar that feels more tethered to snaking cables and rattling amps than usual. Spiritually, the album feels closer to the mood the duo cultivated before they signed to Sub Pop: These songs feel pneumatic, dusty, like they are pulling a blanket around themselves in a heatless attic to ward off a threatening chill.
Ξ   The mood is also bleaker in spots, as if joy and comfort had vanished from the songs along with the reverb. "All Your Yeahs" is closer to the midnight sulk of Johnny Jewel and Chromatics than their usual open–air romanticism. And "Elegy to the Void", the album’s clear standout, might be the most death–obsessed Beach House have ever been: The organ processional that wells up in the song’s intro has a funereal tinge, while Legrand sings darkly of “Sons and daughters/ Bending at the altar/ Disappearing in the mirror.” The song offers a series of gorgeous images — a "black clock, looming distant" and "freckle–faced young virgin" — as it surges into a slow–motion burst, Scally’s normally crystalline guitar breaking apart like a DNA strand uncoupling.
Ξ   But Thank You is still undeniably a Beach House album, a familiar mix of warm tones and chilly sentiments. With the imprint still fading on Depression, Thank You’s impact is undeniably dulled, causing a strange "too much of a good thing" problem. You start noticing surface similarities that you wouldn’t pay attention to otherwise: Play the arpeggiated keyboard figure that opens this album’s "Common Girl" next to Bloom’s "On the Sea", for instance. Their music is built on echoes: even their self–titled debut felt like covers of chansons you didn’t remember. Timing isn’t everything, of course, and Thank Your Lucky Stars, as surprising a gesture of generosity as it is, is still welcome. But Legrand and Scally, who know their way around a stage, would do well to gracefully exit left for a while and give this run of music some time to sink in. Ξ   http://pitchfork.com/

REVIEW
BY CHRIS GERARD, 16 October 2015;  Score: 9
Ξ   Beach House released their fifth album Depression Cherry to widespread critical acclaim and a second straight top ten debut on the Billboard album chart only seven weeks ago. With fans still absorbing the album’s swirling beauty, the duo made the surprise announcement via social media that an entirely new studio album — the aptly titled Thank Your Lucky Stars — would be available in mid–October. It’s yet another thread pulled in the slow unravelling of the music industry’s outdated model of months of lavish and expensive buildup. After all, with major artists like Radiohead and Beyoncé dropping new albums with barely a word of warning, a month and a half is practically an eternity. Thank Your Lucky Stars is evidently not meant to be considered a companion album. The band states only that “it was recorded at the same time as Depression Cherry, but for us, it’s very much a different record.”
Ξ   There are indeed differences between Thank Your Lucky Stars and its very recent predecessor, albeit minor ones. Beach House have always been more about mood and feeling than sharp melodies, a fusion of Mazzy Star and My Bloody Valentine slow–diving under a valium haze. Thank Your Lucky Stars is certainly well in tune with the rest of their catalog. That said, it’s more haunted and spectral, as if Depression Cherry is afternoon fading into dusk and Thank Your Lucky Stars is much later the same weary night. The songs on Depression Cherry are more mannered and precise, not quite as raw. But any stylistic differences are ephemeral which, of course, is not at all a bad thing. Beach House once again has us drifting slowly in musical space. Reverbed guitars, lushly layered keyboards, Victoria Legrand’s voice rising from the murk like a wounded spirit… Thank Your Lucky Stars is hypnotic head trip music of the highest calibre.

© Photo credit: Shawn Brackbill, BEACH HOUSE ONCE AGAIN HAS US DRIFTING SLOWLY IN MUSICAL SPACE. THANK YOUR LUCKY STARS IS HYPNOTIC HEAD TRIP MUSIC OF THE HIGHEST CALIBRE
Ξ   “Majorette” begins the album with a few rattles of the drum kit, followed by a swollen wave of velvety keyboard and guitar. Legrand’s vocal is crystalline loveliness, always flowing with the music rather than cutting against. “She’s So Lovely” is particularly beguiling, a swaying gothic slow dance of funereal grace. Bright pulses of synthesizer give “All Your Yeahs” a vaguely new wave feel. The plodding drums and churning guitar on “One Thing” are strongly redolent of the Cure’s Pornography album but without all the tortured anguish and rage.
Ξ   “Common Girl” is built on a creepy carousel organ that circles the echoey vocals with menace. “The Traveller” has a Velvet Underground vibe, as if Nico had stayed around for their mellow third album. The somber groove continues on “Elegy to the Void”, another coolly remote piece that seems shrouded by wisps of fog. “Rough Song” has the air of a demo recorded with an old Casio keyboard on a four–track in a bedroom, but is undeniably alluring. The album’s stunning closer, “Somewhere Tonight”, is a darkly elegant waltz with an almost orchestral grandeur.
Ξ   Thank Your Lucky Stars isn’t a companion to Depression Cherry; it’s the moody younger sibling who lives in the basement writing poetry. Still, they operate in the same sonic territory, and are nearly the same length. It’s the continuation of a wonderful thread that begin with Beach House’s debut album nearly a decade ago. Yeah, it’s easy to pick out a dozen or more bands that you can hear in bits and pieces throughout the album, but Beach House weave their influences so well that it seems churlish to dismiss them as unoriginal. Thank Your Lucky Stars is melancholy beauty. It’s music for late nights, for falling adrift in slow dark waters and gazing numbly at the glowing moonlight.
Ξ   About author: Chris Gerard is a lifelong music fanatic, an avid vinyl record collector and a former D.J. He's originally from Morgantown, WV and a graduate of West Virginia University. He is based in Northern Virginia and has written extensively about music for NBC–Washington, Metro Weekly, The Washington Blade, and Vinyl Junkies. He is currently a writer and Contributing Editor for PopMatters. His Facebook page devoted to his writing can be followed here: www.facebook.com/ChristianGerardMW, and his Twitter feed is @banditFFX. http://www.popmatters.com/
Bandcamp: http://beachhouse.bandcamp.com/album/thank-your-lucky-stars
Website: http://www.beachhousebaltimore.com/
Twitter: https://twitter.com/beaccchhoussse
Facebook: https://www.facebook.com/beachhouse
Press: ,
Agent: ,
Studio albums:
Ξ   Beach House (Carpark Records, 2006)
Ξ   Devotion (Carpark Records, 2008)
Ξ   Teen Dream (Sub Pop Records, 2010)
Ξ   Bloom (Sub Pop Records, 2012)
Ξ   Depression Cherry (Sub Pop Records, 2015)
Ξ   Thank Your Lucky Stars (Sub Pop Records, 2015)
>>>>>>>>>>>>>>>>>>>>>>>>>>>>>>>>>>>>>>>>>>>>>>> 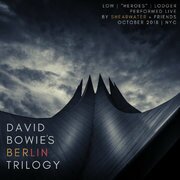