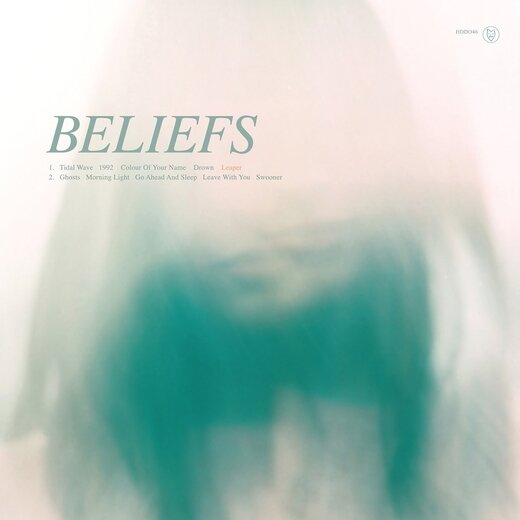 ≡±≡    “Prepare to get hooked on the glistening new album from fuzzy dream–pop band, Beliefs” ~ Dazed & Confused
≡±≡   “GET THERE”, an outtake from the LEAPER recording sessions, features vocals by fellow Toronto musician Jonathan Rogers (Elsa, The Seams), and describes “a road trip that feel like it will never end, running from your life and having no idea where you’re going.” ~ Jesse Crowe.
≡±≡    “Beliefs Share “Get There,” A Lucid Shoegazing Odyssey ~ the sensation of getting lost in a current, the kind of zoning out commonly associated with this kind of shoegaze. But the propulsion driving it is benevolent and calming” ~ The FADER
≡±≡    “Get There is a starry collaboration between them and fellow Toronto band Elsa’s Jonathan Rogers, and it makes it sound like life’s all about the journey.” ~ STEREOGUM

Review
By Tom Beedham
Published Nov 17, 2015;  Score: 8
≡±≡    Beliefs’ influences aren’t any secret — Jesse Crowe and Josh Korody have always worn their influences on their sleeves, and as part of the new guard of well–loved alternative rock born in the late ‘80s and early ‘90s, paying lip service to an era of music on the receiving end of a wave of renewed interest has undoubtedly helped to bolster interest in their noisy shoegaze. It’s hard not to wonder if that too often that distracts from their nuance, though; Beliefs are more than My Bloody Valentine meets Sonic Youth. Sophomore effort Leaper is as much a document of their project’s evolution as it is evidence of a broader accumulated vocabulary.

≡±≡    It’s all still anchored by the colourful effects squalls and jubilant–if–calculated tremolo swings that perfumed out of their self–titled 2013 debut, but Leaper separates itself from the Loveless ambiguity of the record that precedes it with clarity. Here, Crowe and Korody step out from behind the guitar distortion to give vocal performances that are actually decipherable, with Crowe taking on a bigger role leading the action than before, fronting half of the record (“1992,” “Colour of Your Name,” “Ghosts,” “Go Ahead and Sleep” and “Swooner”) and lending harmonies elsewhere.
≡±≡    Beliefs use the newfound expansion of their sound to further pace out its genealogy, Korody incorporating Dinosaur Jr.’s You’re Living All Over Me into the narrative less than two minutes into album opener “Tidal Wave,” and Crowe alluding to “Just Like Honey” on the next track (a video for the song actually gets the karaoke treatment, offering a transparency never to be expected from Kevin Shields). Respectively the first and second singles in the rollout for this release, those songs hinted that a propulsive indie rock demeanour would permeate this collection, but Leaper also gives listeners some richer, driftier soundscapes (“Go Ahead and Sleep,” “Swooner”), pleasing shoegaze’s rockists and daydreamers alike without coming off as paint–by–numbers.
≡±≡    Perhaps we just have all the woozy reverb washes to thank for that continuity, but Leaper makes for a pretty seamless listening experience, and there’s a meta quality to the selective amplification of influences collected here, like a tune–disrupting tremolo shake being daisy–chained through carefully activated delay and distortion pedals.
≡±≡    http://exclaim.ca/
Label: http://www.handdrawndracula.com/
Twitter: https://twitter.com/wearebeliefs
Facebook: https://www.facebook.com/weareBeliefs/
Website: http://beliefsmusic.com/news/ 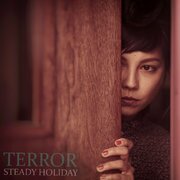