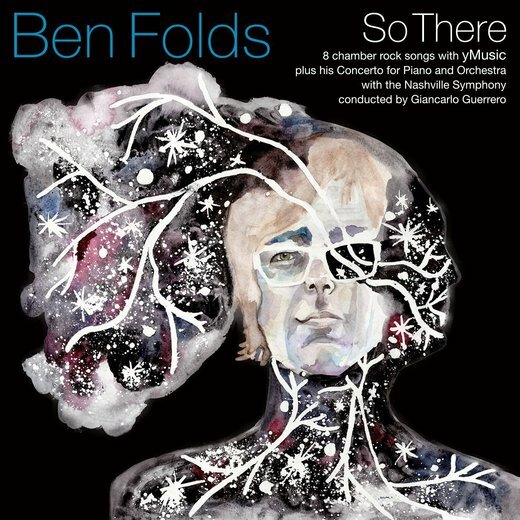 Ben Folds — So There (September 11, 2015)
•≥   American singer–songwriter and pianist, founder of punk–rock–for–wussies band Ben Folds Five, known for arching, uplifting power pop.
•≥   8 chamber rock songs with yMusic plus his Concerto for Piano and Orchestra with the Nashville Symphony conducted by Giancarlo Guerrero.

Editorial Review:
•≥   Ben Folds takes a turn on his forthcoming album, So There, available September 11th. He embraces strings and chamber music yet still maintains a passion for his love of pop. So There consists of eight chamber pop songs with the very talented yMusic Ensemble and a 21 minute piano concerto performed with the Nashville Symphony. Ben Folds meeting and recording with yMusic became the bridge between the classically themed concerto and the contemporary chamber rock songs that live in harmony on So There. The combination is an inspired body of work on both small and grand scales.

ABOUT:
•≥   Multi–platinum selling singer/songwriter/producer Ben Folds first found mainstream success as the leader of the critically acclaimed Ben Folds Five. He has gone on to have a very successful solo career, recording multiple studio albums, a pair of records documenting his renowned live performances, a remix record, music for film and TV, as well as numerous collaborations with artists from Sara Bareilles to William Shatner.
•≥   In 2013, he composed "Concerto for Piano and Orchestra" to critical acclaim. Since then, Ben has continued his global symphony performance quest, recently recording a new album that features the concerto along with a host of new songs that overlap pop and classical worlds with a fresh, exciting sound he has dubbed "chamber rock."

AllMusic Review by Marcy Donelson;  Score: ****
•≥   Ben Folds is indeed no stranger to collaboration.
•≥   After his most recent solo album, 2008’s Way to Normal, he released 2010’s Lonely Avenue, which set English novelist Nick Hornby’s lyrics to Folds’ music; a quickly generated fundraising record supporting musical opportunities for kids titled Nighty Night, co–credited to Dresden Doll Amanda Palmer, writer Neil Gaiman, and OK Go’s Damian Kulash; and his band Ben Folds Five’s 2012 reunion LP, The Sound of the Life of the Mind, and pursuant live release; not to mention producing stints (such as Sara Bareilles’ 2012 EP Once Upon Another Time) and other TV, theater, and music projects.
•≥   Also no stranger to the classical realm, Folds was a percussion performance major during his time at university, has performed his piano rock songs with various orchestras, and premiered his first piano concerto with the Nashville Symphony Orchestra in 2014.
•≥   So There finds the musician partnering with the experimental Brooklyn chamber ensemble yMusic on eight new tunes referred to as “8 chamber rock songs” on the record’s packaging. It also includes a studio recording of his aforementioned three–movement “Concerto for Piano & Orchestra” with the Nashville Symphony. It turns out that yMusic’s participation augments song textures without replacing anything uniquely Folds. His tremendously agile, rhythmic piano playing, also–agile melodies, and occasionally double–tracked, ever distinctive vocals are all still front and center. The album opens strongly with two keenly memorable and thoughtful pop songs, “Capable of Anything,” whose title refers to anything good and anything bad, and the seemingly tender “Not a Fan.” The former is driven by (after melody) piano and drums, with deft string and woodwind embellishments; the latter is a piano–and–strings ballad that transforms into a harsh moment of clarity for the lyrics’ protagonist. Another album highlight, “Phone in a Pool,” addresses communication breakdowns and the lure of disconnecting (“When you’ve lived to be two hundred/Feel free to proffer your advice/Until that time here’s my auto–reply”). The nerdiest and goofiest piece is easily the playful “F10–D–A,” an ensemble–punctuated music theory lesson in double–entendre. The piano concerto is approachable and dramatic, a Gershwin–esque, pop-influenced type of classical work. Fans of his songwriting may be surprised at how much it has Ben’s voice without, well, Ben’s voice. The album will very likely be embraced by solo Folds aficionados, though it may not appeal to those who strongly favor the brasher Five.
•≥   Outside of a career context, and with credit to Folds’ co–arrangers and co–producers, C.J. Camerieri and Rob Moose of yMusic, So There is both ambitious and down–to–earth, impeccably constructed, and utterly accessible.

Artist Biography by Greg Prato
•≥   Singer/pianist Ben Folds (born September 12, 1966, in Winston-Salem, North Carolina) is best known as the leader of the power pop trio Ben Folds Five, but has also struck out on his own as a solo artist. Despite playing in bands in high school, his musical career didn't really get off the ground until the late '80s, as a bassist for Majosha (the outfit issued such obscure releases as Party Night: Five Songs About Jesus and Shut Up and Listen to Majosha). Proving his multi–instrumental talents, Folds also played drums as a session musician in Nashville. After relocating to New York, Folds started acting again (he'd previously done some theater in high school) and signed a publishing deal with Sony Music.
•≥   Moving back to North Carolina, in 1994 Folds formed Ben Folds Five, a trio that also included bassist Robert Sledge and drummer Darren Jessee. Whereas most alternative bands of the '90s specialized in distorted teen–angst rock, the guitarless trio was a refreshing break from the norm, its sound akin to such past power popsters as Todd Rundgren, Jellyfish, and early Joe Jackson, and such piano–driven artists as Billy Joel and early Elton John. But like punk bands, Ben Folds Five put on a high–energy, blistering live show. The band was signed to the independent Caroline Records shortly afterward, resulting in its self–titled debut one year later. Due to airings of the humorous anthem "Underground" (which poked fun at the politics of the punk/alternative scene) on MTV's 120 Minutes) and constant touring, quite a buzz was stirring for the band by the time of its second album.
•≥   Released in 1997, Whatever and Ever Amen was pure pop perfection — easily one of the year's best releases and perhaps the best power pop release of the '90s. •≥   The band's songwriting and sound had improved even further, as evidenced by such gems as "One Angry Dwarf and 200 Solemn Faces," "Fair," "Kate," and "Battle of Who Could Care Less," plus their whimsical tribute to breakups, "Song for the Dumped." But it was the ballad "Brick" that broke the band commercially — unlike the majority of Ben Folds Five's material, which was upbeat, the song contained melancholic music and vocals, as the lyrics told the story of a teenage couple who decides to get an abortion (it has been speculated that the tale was autobiographical for Folds). The single didn't hit until several months after the album was released, which meant that the band stayed on the road for well over a year, playing with such notables as Dave Matthews, Beck, and as part of the 1997 H.O.R.D.E. festival — earning Whatever platinum status.
•≥   While 1998 didn't see a new studio album by the band, Ben Folds Five's former label issued a 16–track rarities collection (Naked Baby Photos) as Folds released his first solo album, Volume 1, under the pseudonym Fear of Pop. Although the album went largely unnoticed, it included the song "In Love," which included overly dramatic vocals from none other than Captain Kirk himself, William Shatner (comparable in approach to Shatner's must–hear 1968 album, The Transformed Man) and which was performed on The Conan O'Brien Show shortly after the album's release. Ben Folds Five regrouped with 1999's The Unauthorized Biography of Reinhold Messner, which was a more mature work than its predecessors, although the energetic leadoff single, "Army," showed that Folds' humorous approach hadn't dulled at all.
•≥   Folds officially went solo again in 2001 with Rockin' the Suburbs. A series of EPs followed, with the new long–player Songs for Silverman dropping in 2005. He released Supersunnyspeedgraphic: The LP in 2006, followed by the full–length Way to Normal in 2008. In 2009 Folds contributed two songs to University A Cappella!, a collection of covers of some of Folds' best tracks by various university groups. Lonely Avenue, a collaboration with British novelist/essayist Nick Hornby (High Fidelity, About a Boy), arrived in 2010, followed by the 18–track Retrospective: The Best Imitation of Myself 1995–2011, which represented Folds' first U.S. career overview. The compilation included a new song with the original Ben Folds Five, who re–formed the following year and released their fourth studio album, The Sound of the Life of the Mind, followed by Ben Folds Five Live in 2013. In 2015, Folds released So There, an eight–track collection of chamber pop originals that he recorded with New York City–based classical sextet yMusic. The album also included a performance of his “Concerto for Piano and Orchestra,” with the Nashville Symphony. •≥   http://www.allmusic.com/
Website: https://www.benfolds.com/
Twitter: https://twitter.com/BenFolds
Facebook: https://www.facebook.com/BenFolds
Also:
BY ADAM KIVEL ON SEPTEMBER 10, 2015, 6:01AM;  SCORE: C+
•≥   http://consequenceofsound.net/2015/09/album-review-ben-folds-and-ymusic-so-there/ 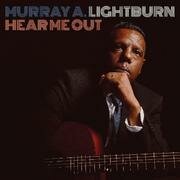