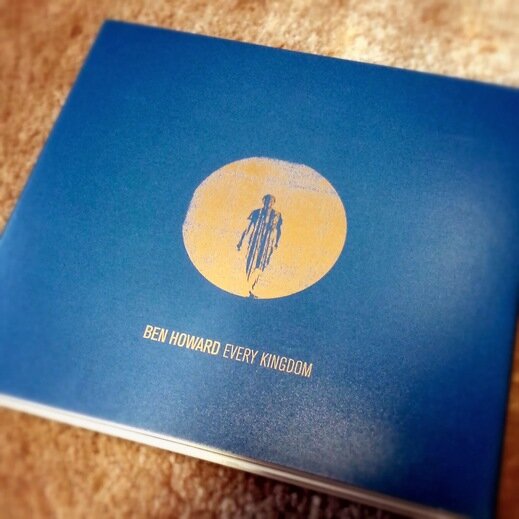 Ben Howard — Every Kingdom [Deluce Edition]
Born: May 1988 in Devon, England, United Kingdom
Record Label: Island Records
Released: 30 September 2011 (Ireland, digital) / October 3 (UK, CD + digital) / October 4 (US)  An impressive debut LP from the Devon~ased folk~pop newcomer Nick Levine 2011 9  21 He describes himself as a “keen surfer”, and recently gave a series of beachside gigs in aid of keeping Britain’s shores “barefoot~friendly but if you’re about to parkour your way to any conclusions, don’t. Ben Howard most certainly isn’t the “UK’s answer to Jack Johnson”.
What he is, on the evidence of this impressive debut album, is a gifted and immediately involving singer-songwriter. The 23-year-old from Devon – or “Devonshire”, as his record company rather self-consciously refers to his home county – has pretty diverse musical tastes: he posts videos by artists as disparate as Paul Simon, Aretha Franklin and Robyn on his personal blog. However, it’s the music of John Martyn and Bon Iver, both of whom he listens to “a lot”, that has a tangible impact on his sound.
That’s right, this fella’s a folkie: his musical tools are nimbly-plucked guitar strings, near-choral backing harmonies, percussion that feels pastoral rather than processed, the evocative tones of India Bourne’s cello. The term ‘folk-pop’ rather brings to mind JCB Song one-hit wonders Nizlopi, which Howard’s music rather does not, but the lad does have a knack for a hook: with its sing-along chorus and positive sentiments, current single Keep Your Head Up could almost be called a “self~empowerment anthem”.
±     Radio~friendly it may be, but there’s nothing fey about Howard’s folk: his up~tempo numbers have the muscular momentum of a galloping stallion, while his more subdued songs are underpinned by sinewy rhythms and a certain weightiness of theme. For example, the lovely Everything deals with the inevitability of renewal and change, while the slow~building and panoramic Black Flies is essentially a break~up song.
Whether he’s singing about love or the world around him, Howard invariably taps the natural world for imagery: this is an album of horses and wolves, the wind and the sea, in which one’s relative insignificance in the scheme of things is likened to being “just a blade in the grass”. But what could seem clich’d on the page has resonance on record, thanks to the husky soulfulness of Howard’s voice and the sheer good nature of his songwriting. By the time he uses the album’s closing track to ask his paramour  “Who am I to you?”, you’re really hoping her answer is  “The One”.
Tracks:
01. Old Pine   [5:25]
02. Diamonds   [4:04]
03. The Wolves   [5:06]
04. Everything   [4:42]
05. Only Love   [4:06]
06. The Fear   [4:17]
07. Keep Your Head Up   [4:21]
08. Black Flies   [6:18]
09. Gracious   [4:54]
10. Promise   [6:21]
11. These Waters   [4:05]
12. Empty Corridors (Live)   [5:23]
13. Under The Same Sun   [4:43]
14. Bones   [5:43]
15. I Will Be Blessed   [5:28]
16. Move Like You Want (Live)   [8:18]

Ben Howard ...
Chris Bond — bass and drums.
±     India Bourne on cello. Ben Howard is a singer/songwriter from England. He is characterised by his odd way of guitar playing. He recently did a tour with Australian artist Xavier Rudd. From Ben's MySpace: “I was brought up in Totnes, South Devon.. neatly nestled between the moors and the sea. I travel lots, surf when I can, probably drink too much, definitely think too much, and at 22 still make irrational choices. I like the outdoors and the Autumn. I’m happiest at home with friends, and my favourite fruit would have to be a pear.” Devonshire surfer and singer-songwriter Ben Howard has took the music world by storm after a spell binding performance at the finals of the Red Stripe Music Awards.
±     Ben wowed the 1600 strong audience at Kentish Town's Forum with his  “cracking lyrics, pitch perfect songs and exceptional guitar skills”.
Ben defeated some 200 bands from around the UK en route to the final and was awarded 3 slots at leading festivals including The Great Escape.
A spokes person from Red Stripe said:  “you have to admire the innovative, Ben Howard, who uses his guitar to build swirling, percussive beats around plaintive plucking and melancholic vignettes”.*
±     It is real exciting times for 21 year old Ben who got to showcase his talents before a panel of music industry experts. His impressive live performances have helped attract the attention of record labels on both sides of the Atlantic.
±     Ben recently toured with Australian instrumentalist Xavier Rudd and is working closely with leading surf brand Quiksilver, playing all at their European events. Everything must start again anew
‘cos everything just goes away my friend.
And every King who knows it to be true:
That every kingdom must one day come to end. 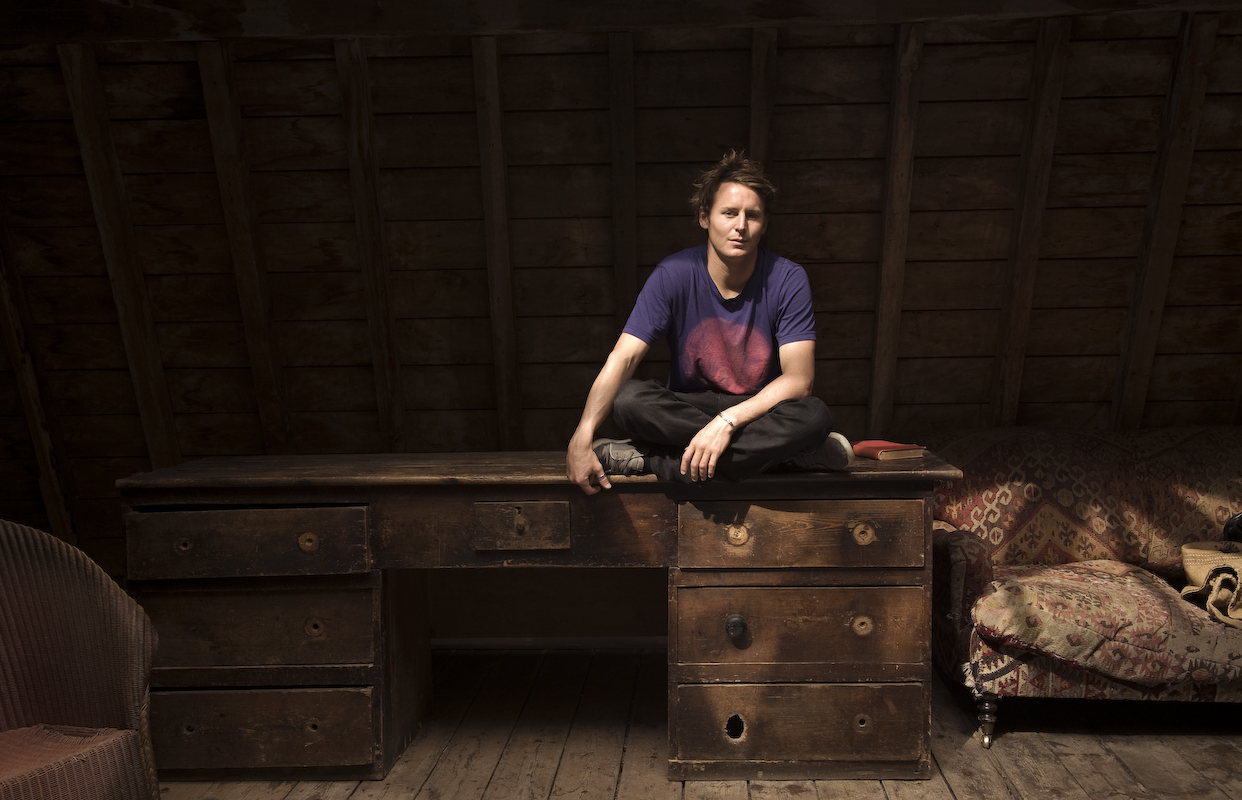 June 2, 2011 (9:19)
Nikon D3
In a perfect world I would wake up every morning and go surfing and then spend my afternoons making music. My reality is that I’ve got an irrational fear of sharks and my music making abilities haven’t come further than the recorder. This is Ben Howard, and he is living this perfect life. He reminds me so much of my friends back home in California. We spent a bizarrely hot afternoon running around an old house in London taking pictures for his new album which should be coming out any day now. Thanks to Alex Forsey for his lighting skills and to the Duke of Uke for the fancy guitar. 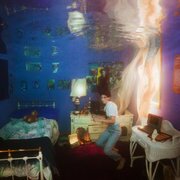