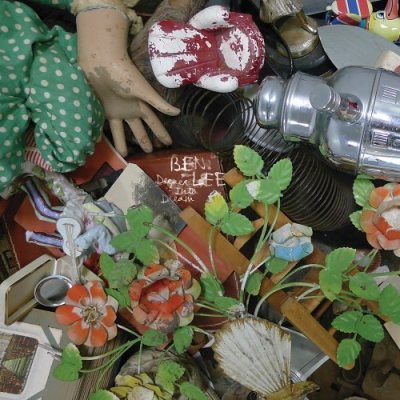 Ben Lee – Deeper Into Dream
Location: Sydney, NSW, Australia
Record Label: Dangerbird
Genre: Alternative / Pop / Rock
Tracklist:
01. My First Dream
02. Deeper Into Dream
03. Lean Into It
04. Indian Myna
05. Pointless Beauty
06. When The Light Goes Out
07. My Second Dream
08. Glue
09. The Church Of Everybody Else
10. I Want My Mind Back
11. Get Used To It
12. Dirty / My Third Dream
MySpace: http://www.myspace.com/benlee
“Wow, okay, I just woke up, erm I just had the craziest dream that was really amazing.” Ever heard that before? Ever said it before? Yes, an idea that we can all relate to opens up Ben Lee’s eighth solo effort “Deeper into Dream”, an idea that we encounter time and time again. The album has been described as “personal” for the singer, but dreams can mean many different things to many different people…who knows, there might be something in here for all of us.
Three dream montage pieces appear throughout the album (“My First Dream” “My Second Dream” “Dirty/My Third Dream”) and, briefly, help connect the album to the listener. People of all ages tell of their dreams (although we only hear edited snippet versions) and it comes across as genuine. These absurd stories which have no basis in reality, yet we experience them every night, and – for those hours we are asleep – we believe them. It’s an interesting idea to include these, but it works.
The music, however, does not show signs of being dreamy in the stereotypical sense we attribute to sixties pop & rock. It’s not overtly psychedelic and there is little ambient noise to drift along to, although the pulsating bass to the title track does create an unusual feel possibly due to it beginning in the previous song and carrying on through. It is these merging of tracks and the weaving through boundaries that creates the dreamy feel instead of the music itself, but so subtle are these moments that, unfortunately, they might pass you by various times.
As a whole, the dream concept just does enough and the album manages to feel cohesive rather than a collection of songs. When the reality and mythology flow together it captures your interest, yet for the most part the lyrics do not produce the wonder or power of dreams we all know they possess. Album highlights include light pop ballad “Glue” and indie rocker “When the Light Goes Out”, both appearing in the middle of the action so there is comfort to take in the fact that the album never seems to sag all that much, but again you can’t help but feel that somewhere the notion of the dreams is too literal to come across accurately.
“Deeper into Dream” is a fine album, and the idea that dreams can allow us to be honest and reveal more about ourselves than we would like is an intriguing, if repeated, notion. However, reality seems to overpower the imagery more often than not and as such it disappoints on occasions. We are aware these are standard songs, there are boundaries to what is going on and therefore it is a listening experience rather than a connecting one.
When the lines do seem to merge however, and Ben allows us to enter his world for a brief period the album picks up. It’s unusual that the speaking tracks of the edited dream stories should mean so much, but they do reflect the album – we are given hints, we want to know what else is on offer and yet it never seems to arrive in its entirety. “Deeper into Dream” is not musically or lyrically bad, but what Ben Lee wanted to create does not hit the mark as often as he would have liked, it’s good but we all know it could have been better.

Review:
For his eighth album, singer-songwriter Ben Lee, inspired by his work with the late psychotherapist Jan Lloyd, turned to his subconscious for material, and made the record himself (his first outing as a producer) in his Laurel Canyon home studio. If this preamble has listeners heading for the exit on the grounds of “insufferable solo artist narcissism,” they’d be reassured to know that Lee’s amiability, charm, and solid folk-pop instincts counterbalance the potential solipsism of the set-up.
The set of 12 tunes explores the flight of ideas and revelations available to people in their dreams, with lyrics that make continuous reference to nocturnal imaginings. Three tracks feature snippets of interviews with friends and family describing their dreams. The Freudian abstraction and occasional darkness of the lyrics are leavened by accessible, floaty melodies (“Glue,” “Dirty”), shimmering harmonies, and euphonious arrangements. As he has on his last few albums, Lee veers mainly between cheerfully meandering pop tunes (“Pointless Beauty”) and majestic piano ballads (“Deeper Into Dream,” “Lean Into It”). The latter’s atmospheric production not only reflects the fantastical bent of the words and escalates the drama of the song, but also hints at Lee’s burgeoning studio skills. “Get Used to It” has a more ambitious scope than the rest of the songs, with tempo changes and a cavernous, pure-pop sound.
Fans of Lee’s scruffier indie-rock side may favor the relatively more rocking “The Church of Everyone Else,” a hotbed of potent hooks and one of the few tracks that makes central use of electric guitars. Another stand-out is “When The Light Goes Out,” a soaring synth-rocker on which Lee tries on a smooth Bryan Ferry croon.
Marriage, fatherhood, L.A., and devotion to Sri Sakthi Narayani Amma may have mellowed the former Noise Addict leader, but Lee continues to release engaging, if slightly more introspective, work.
By Paula Carino October 11th, 2011 at 7:00 am (http://www.americansongwriter.com/2011/10/ben-lee-deeper-into-dream/) Rating: