Bjork – Biophilia
Genre: Alternative/Pop/Electronic/Experimental
Location: Iceland
Tracklist:
No.  Title:                                      Writer(s):            Producers:         Length:
01. "Moon" (Lunar cycles, sequences) Björk, Damian Taylor / Björk  5:40
02. "Thunderbolt" (Lightning, arpeggios) Björk, Oddný Eir Ævarsdóttir / Björk  5:14
03. "Crystalline" (Structure) Björk / Björk, 16bit   5:07
04. "Cosmogony" (Music of the Spheres, equilibrium) Björk, Sjón / Björk  4:56
05. "Dark Matter" (Scales) Björk, Mark Bell / Björk, Mark Bell  3:23
06. "Hollow" (DNA, rhythm) Björk / Björk  5:49
07. "Virus" (Generative music) Björk, Sjón /  Björk  5:21
08. "Sacrifice" (Man and Nature, notation) Björk / Björk  4:02
09. "Mutual Core" (Tectonic plates, chords) Björk / Björk, 16bit  5:11
10. "Solstice" (Gravity, counterpoint) Björk, Sjón / Björk  4:42
Digipak and Japanese editions bonus tracks:
11. "Hollow" (original 7-minute version) Björk  7:08
12. "Dark Matter" (with Choir & Organ) Björk, Mark Bell  3:25
13. "Náttúra"   Björk  3:49
14. "The Comet Song" (Japan only) Björk, Sjón  2:13
Manual and Ultimate Editions CD 2 (Live From Manchester):
01. "Thunderbolt"   Björk, Oddný Eir Ævarsdóttir
02. "Moon"   Björk, Damian Taylor
03. "Crystalline"   Björk
04. "Hollow"   Björk
05. "Dark Matter"   Björk, Mark Bell
06. "Hidden Place"   Björk
07. "Mouth's Cradle"   Björk
08. "Virus"   Björk, Sjón
09. "Sonnets/Unrealites XI"   Björk, E. E. Cummings
10. "Where is the Line?"   Björk
11. "Mutual Core"   Björk
12. "Cosmogony"   Björk, Sjón
13. "Solstice"   Björk, Sjón
14. "One Day"   Björk
15. "Náttúra"   Björk
Released: October 10, 2011
Recorded: 2008–11
Genre: Electronica, experimental, avant garde
Length: 49:33
Label: One Little Indian
Producer: Björk, 16bit, Leila Arab
Clash review:
Beautifully warm and compellingly human
Once you strip back all of the collaborations, soundtracks and remix projects, ‘Biophilia’ is actually only Björk’s seventh solo studio album. Fresh from the throat-singing and beat-boxing of the unfairly maligned behemoth that was ‘Medulla’, and 2007’s ‘Volta’, which sounded like the building of an industrial fridge, it is a relatively straight-forward affair. Although, everything is relative when it comes to Björk, having given the album its name because she thought the word meant “feeling up nature or something”.
The glorious chiming of custom-built instrument the gameleste - a bronze take on the celesta, in which traditionally steel tune-bars are hit by various mallets - and pipe organs operated by computer programmes ensure that her habit of sounding utterly unlike anybody else remains very much intact throughout ‘Biophilia’. However, for an album so rooted in new technologies and ideas, it sounds beautifully warm and compellingly human.
The processional ‘Cosmogony’, with its pitch-shifting brass mirroring lines like “heaven’s bodies whirl around me,” is a beguiling demonstration of her attempts to meld science to nature. ‘Virus’, a love song from the perspective of the “sweet adversary” itself - “I adapt, contagious, you open up, say welcome” - is quite possibly the prettiest thing I’ve heard all year, completely removed from the harsh, squashed and confrontational sounds of ‘Volta’. When the machine-gun beats do break through on ‘Mutual Core’, they’re augmented by a hymnal organ riff and a soaring, unprocessed and unleashed vocal which will leave you breathless. Her capacity for wondrous lyrics delivered in deceptively simple fashion remains: “My romantic gene is dominant and it hungers for union” she intones on ‘Thunderbolt’, as if trying out each word for size.
While much of the fuss around the album has centred on its innovative and hugely interactive app release, this music really doesn’t need any window dressing because it’s as good a collection of songs as she has put her name to in ten years. An absolutely remarkable artist, for whom the terms ‘genius’ and ‘unique’ are not journalistic hyperbole but simple fact, Björk is taking music to a place where we should all gladly follow.
9/10
Words by Gareth James (http://www.clashmusic.com/reviews/bjork-biophilia)

In accordance with her eccentric personality, Björk has published limited edition boxset of her latest album Biophilia. This Ultimate Edition Boxset comes in a lacquered and silkscreened oak hinged lid case.
It contains full Biophilia Manual as well as 10 chrome-plated tuning forks, silkscreened on one face in 10 different colors, stamped at the back, and presented in a flocked tray. Each fork is adjusted to the tone of each of the tracks from Biophilia and covers a complete octave in a non-conventional scale. It also features 2 audio CDs including the Biophila album and additional recordings and a selection of essays.
Designed by M/M (Paris), this limited edition boxset is available exclusively through Björk’s online store. Orders must be collected by August 12. At a price of £500 ($800), it comes with a numbered certificate of aunthenticity and fabricated only once for you. 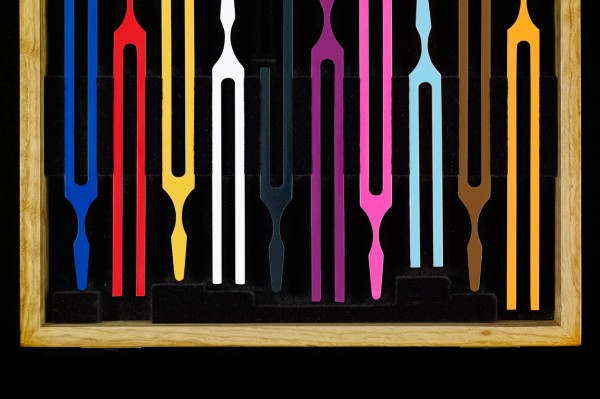 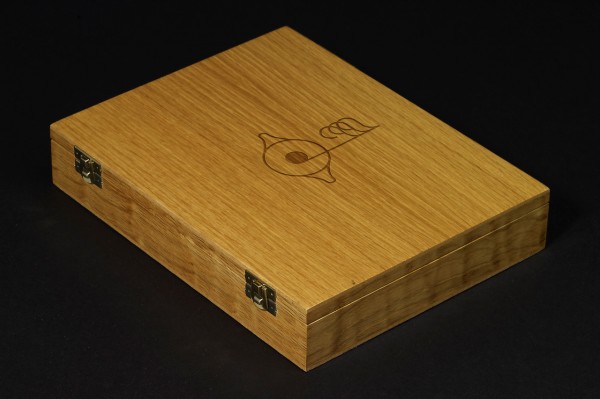 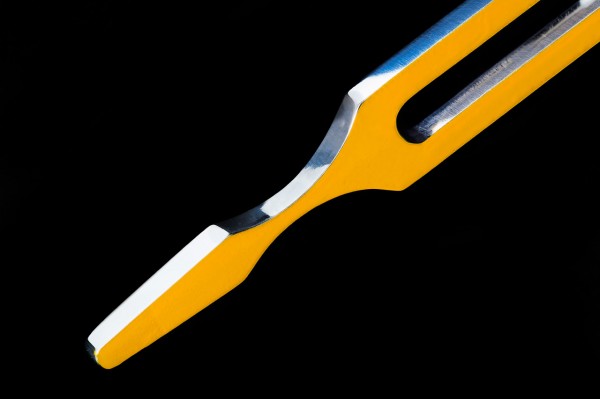 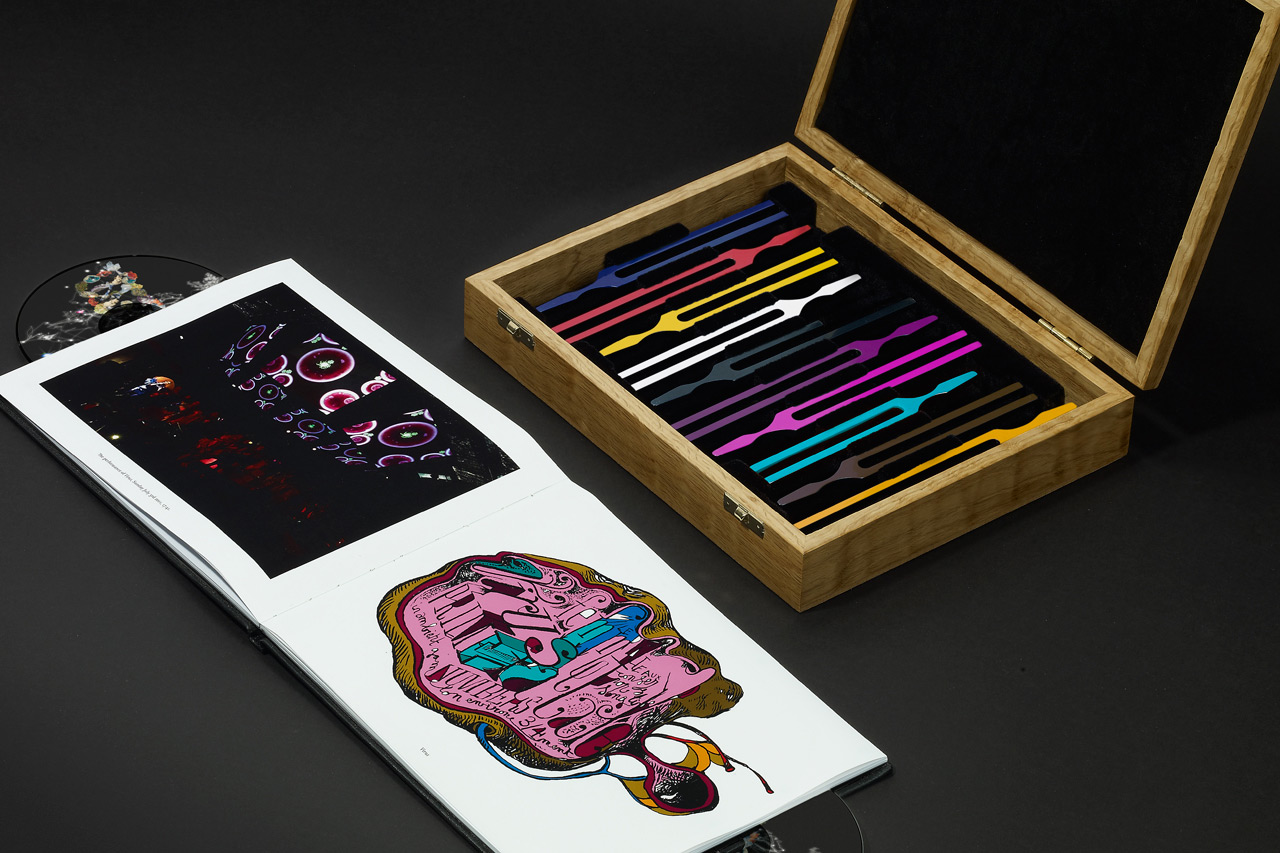