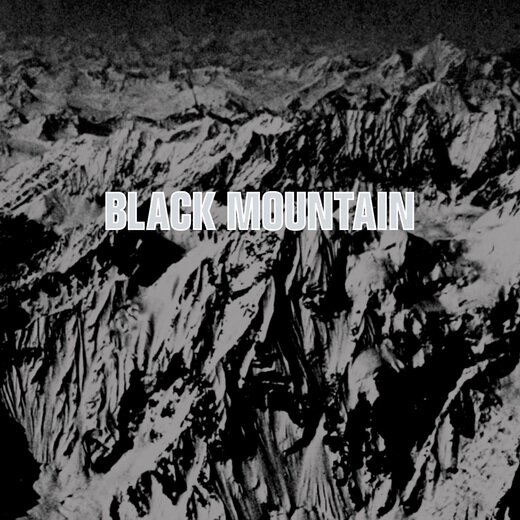 Description:
•   It’s only a cliché because it’s true, but the greatest records are timeless. Black Mountain’s self–titled debut album is just such a record, its roots leading twisting paths back into the past, while always sounding like ‘now’, like a future still to come. The work of a small collective of musicians operating from Vancouver, Canada, far from any industry buzz but firmly in the eye of their own storm of creativity, Black Mountain’s debut album was, of course, a beginning, but it also marked an ending — for Jerk With A Bomb, the group that preceded Black Mountain. Their jaunt across the world as guests of perhaps the biggest band in the world right then is a tale for another time, perhaps: the start of Black Mountain’s next chapter, and all that followed. For now, savour the compact, spacey brilliance of that cosmic, heavy and subtle debut album, expanded now with a raft of delicious bonus tracks scavenged from the Black Mountain Army archives.

AllMusic Review by Johnny Loftus;  Score: ****
♠   Black Mountain rises from within the Vancouver–based fiefdom of Stephen McBean, the hazy–toned singer and meandering songwriter who also heads up Pink Mountaintops. Both groups languish in a fog of psychedelia and sexual release. But while the latter opts for arty avant folk, Black Mountain lives up to its name with a heavier foundation. The self–titled debut on Jagjaguwar (its eight–song count and subdued cover art are a dark mirror to Pink Mountaintops) busts open half–lidded Velvet Underground fetishisms with squalls of Blue Cheer guitar, and further channels the heady sounds of the late ‘60s with a moodily dwelling organ. McBean shares vocal duties with Amber Webber throughout, but she becomes an especially important factor on the twosome that closes Black Mountain, since her stoned and elegiac vocals make them something more than simply idling jams. “Heart of Snow,” for example, flutters like a warped and ancient recording of “Space Oddity” as Webber draws out the syllables in lines like “Heart of snow/Let go let go/But your sad wings/Won’t fly you home”; feedback and pounding drums periodically join in. It’s a damaged blues sound comparable to that of Jennifer Herrema’s Royal Trux outgrowth RTX, but McBean’s vaguely mystic lyrics also dovetail Black Mountain back into Pink Mountaintops territory. “Modern Music” and “No Satisfaction” rock a White Light/White Heat tumble that’s nevertheless well done, particularly on the former, which features some spectacular sax assistance from Vancouver area player Masa Anzai. The remainder of Black Mountain positions stoner rock chording over swirling vintage keys and the ever–impressive vocals of McBean and Webber. It’s a referential sound, to be sure. But there’s enough weight to Black Mountain’s mojo to make it more than worthwhile...