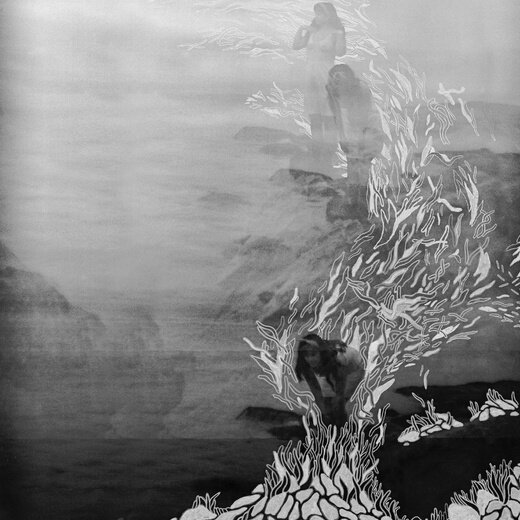 Briana Marela — All Around Us (August 21, 2015)
••   ••   Desítky zvukových vychytávek, mlaďoulinký hlas. Album vyžaduje dostatečnou časovou investici. Kdo je příliš rychlý, neobdrží odměnu. “It became this super song of two songs. Funny to me how I accidentally turned two really experimental loops songs into a full out pop song about being in love.”

© Briana Marela performs live in the KEXP studio. Credit: Morgen Schuler
Location: Seattle, Washington
Album release: August 21, 2015
Record Label: Jagjaguwar
Duration:     42:36
Tracks:
1. Follow It     2:51
2. Take Care Of Me     4:44
3. Friend Tonight     4:14
4. Dani     5:36
5. Surrender     3:32
6. I Don't Belong To You     3:45
7. Everything Is New     5:27
8. All Around Us     5:15
9. Further     7:12
Description:
♠   Briana's lyrics are forceful, and throughout her second album, All Around Us, traditional song structure gives way to plainspoken declarations that pull back the record's shroud. Her first single,"Surrender" is musically delicate at first, with flickering blips and chords that float into earshot like fireflies. "Take Care of Me" is the album's brightest and most immediate song, a buoyant celebration of friendship with a skittering beat and a warm, sweet melody. And title track "All Around Us" is a stark but inspiring beauty, built on the memory of a family member of Briana's who passed away, and the sadness of not being able to say "goodbye" or "I love you" one last time. It is the balance of the abstract and the intimate that makes Briana Marela and All Around Us so special.
Review
By El Hunt on 13th August 2015
••   http://diymag.com/2015/08/13/briana-marela-gives-a-guide-to-new-album-all-around-us

Review
BY SASHA GEFFEN ON AUGUST 12, 2015, 6:00 AM;  SCORE: C
♠   In the first seconds of her debut album, Seattle’s Briana Marela immediately invokes Laurie Anderson’s best–known song. Anderson’s 1981 single “O Superman (For Massenet)” starts with an insistent loop of Anderson’s voice repeating a single, wordless syllable; “Follow It”, from All Around Us, does the same with Marela’s. But after that initial moment of echo, the two tracks diverge. Marela draws in strings and crashing drums, embracing the lush maximalism of bands like Sigur Rós, whose producer Alex Somers she borrowed for this album. Any stab at Anderson’s wry esoterics gets flushed away in a movie trailer–ready flood of instrumentation.
“Follow It”, like most of All Around Us, taps into the same kind of innocent optimism that’s fueled latter–day Sigur Rós records and frontman Jónsi’s solo excursions. It sounds a lot like indie pop circa 2008, back when we all thought things might get better after the Bush years and Brian Eno producing a Coldplay record was the most natural thing in the world. “If it was the other way, it doesn’t mean everything is lost,” Marela sings over a layered loop of her own vocal samples, a dynamic that continues over much of the album.
••   “Will we always be so young?” Marela asks on “Friend Tonight” over two revolving chords dressed in flutes and hand percussion ringing out from varying depths. “I can’t face the darkness — come over.” Even on her saddest songs, like the sweetly mournful “Dani”, Marela doesn’t do much in the way of staring down darkness. “Dani” is sad in the sense that it’s made up of piano, strings, and reverb, but it’s also laden with lines like “Trust yourself … all things can happen when you wait.” It’s a lovely sentiment, but it’s been played so many times across so many buckets of reverb that it becomes a platitude even when sung with gentle sincerity.
••   The most engaging moments on All Around Us come when Marela dives headfirst into the bisection and manipulation of her own voice. The backing vocals on “Surrender” shiver and vanish like a heat mirage, while “I Don’t Belong to You” uses her syllables percussively, piling words on top of words until it’s not clear which voice is the authoritative one, or whether Marela is attempting authority at all. But perhaps the clearest indication of Marela’s own voice is the album’s seven–minute closer, “Further”, which abandons the indie pop blockbuster trappings in favor of a Julianna Barwick–style choral vapor.
••   Marela sounds like she’s at her most relaxed and triumphant at the album’s finish. ••   Her voice floats off into a pleasantly soporific haze, as if she has all the time in the world and has decided to weave strands of her voice together until the tape runs out. The lyrics run together here, mostly obscured save for a stray syllable here and there, and that cloud of ambiguity suits Marela’s musical instincts. All Around Us runs into the danger of stating things too plainly, of letting easy answers edge out space for complexity and depth. It feels like Marela wanted to make a weird album, but the one she’s made is mostly just pretty.
Essential Tracks: “Surrender”, “I Don’t Belong to You”, and “Further”  •• http://consequenceofsound.net/
Also:
By Rob Mesure | posted on 15 Aug 2015 | Score: ***
••   http://www.musicomh.com/reviews/albums/briana-marela-around-us
By Zach Hollwedel, Aug 14, 2015 | Score: 7.5/10
••   http://www.undertheradarmag.com/reviews/briana_marela_all_around_us/
By Joel Oliphint; August 13, 2015;  Score: 5.8
••   http://pitchfork.com/reviews/albums/20923-all-around-us/
Website: http://brianamarela.com/
Twitter: https://twitter.com/brianamarela 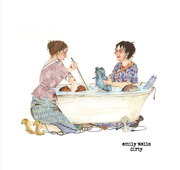