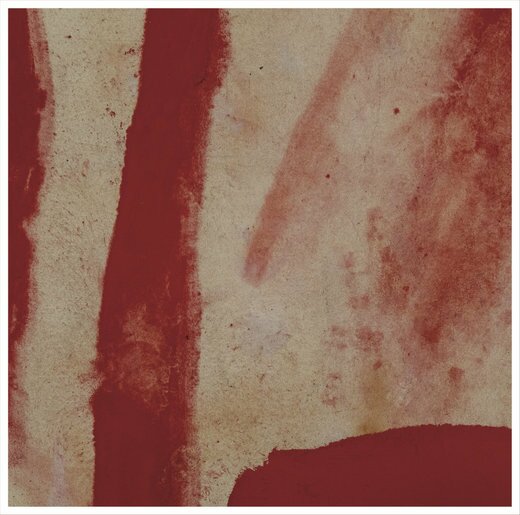 Ξ•Ξ♠
Location: Berlin, Germany
Album release: 10th November 2017
Record Label: HOUNDSTOOTH
Duration:     45:41
Tracks:
01. Arpo     0:59
02. Korals     2:32
03. OK Werkmeister     2:42
04. Music Stand     5:20
05. Any Pill     1:06
06. Arpo Sunk     5:23
07. Ekko Ink     5:56
08. No Wonder We Go Under     5:00
09. I Look Like I Look In A Tinfoil Mirror     6:51
10. Trokel     5:08
11. Out To Rust     4:44
Description:
Ξ•Ξ♠        Following his acclaimed debut album Suzi Ecto, Call Super returns with LP number two, the equally arresting Arpo. Another mesmerising environment of restless beauty that refuses to conform to much else beyond his own work, it affirms Call Super’s place as one of the most remarkable electronic musicians working today.
Ξ•Ξ♠        ARPO LOW 7” (Available Immediately)
Ξ•Ξ♠        Accompanying the 7” single, 200 out of the ‘300 Cuts’ cover art project are up for sale. Each edition is a one of a kind, handmade, original artwork by Call Super himself and consists of a 7” record in an ink drawn sleeve. This 7” is the precursor to ‘Arpo’, the second album by Call Super ~ Out on the 10th November.
Review
by Andy Beta, NOVEMBER 10 2017 / Score: 8.0
Ξ•Ξ♠        The second album from producer Joe Seaton offers a rush of effervescence. With a childlike and immersive touch, he pulls apart and rearranges small, twinkling sounds.
Ξ•Ξ♠        A totality of vision surfaces on every production Joe Seaton releases as Call Super, from the music to the artwork. That’s true of the slithering tracks he made in collaboration with Beatrice Dillon, as well as his adventurous entry in the Fabric mix series earlier this year. In advance of Seaton’s second full~length, Arpo, that ardor even extended to hand~inking 200 7” sleeves for the album’s first single. Arpo was preceded by a run of crisp yet quicksand~y EPs that thrillingly moved between techno, electro and house brought Seaton more notoriety. But Arpo refines and then traipses further afield than anything else in his discography.
Ξ•Ξ♠        At first listen, it might seem to exist in the shadow of his thrilling debut, 2014’s Suzi Ecto. That album situated Seaton among the likes of Actress and Lee Gamble, straining against the confines of modern dance music tropes. But while that album featured a muggy atmosphere, groggy tones and a metallic menace at its edges, Arpo provides a rush of effervescence instead. The album’s biggest beats rattle around like BBs in a can or clack like a pencil against a Coke bottle; Seaton’s bass tones bear tactile properties closer to being gummy than beefy. Full of such small, playful turns (Seaton cites the silent harp~strumming Marx Brother, Harpo, as inspiration for the title) it makes more sense as soundtrack for strolls through Volkspark Friedrichshain than the wee hours at Berghain.
Ξ•Ξ♠        From the opening theme of “Arpo,” Seaton takes a filigree of woodwind and winds it around an iridescent line and a globule of bass. That theme returns again midway through on “Arpo Sunk,” now cloaked in warm hiss and just a dab of echo, the melodic line of the reed taking the track off to wander far from any typical dance beat. The clarinet and oboe come courtesy of Seaton’s father, painter and Dixieland player David Seaton. His horn arose on both Suzi Ecto and Seaton’s fourth world ambient tracks made as Ondo Fudd, while also providing the fluttering shriek at the core of “Fluo.” The ductile tone that the elder Seaton provides on these tracks — by turns frisky, tuneful, droney and shrieking — keeps the music from ever staying pat on the grid or rolling out in a predictable manner.
Ξ•Ξ♠        The first half of Arpo contains all the heady, mushy sounds of early 1990s ambient house, but it comes in tightly coiled, two~minute bursts. The array of sounds that crop up on the minute~long “Any Pill” might have comprised a 10~minute Orb track some 20 years previous. An iridescent sheen glimmers across the surface of “Music Stand,” making the track feel like a sculpture made entirely out of soap bubbles. Sounds swell and pop, bubble up anew and shift shapes, yet the cumulative effect is one of ineffable airiness.
Ξ•Ξ♠        Small rustling, blipping, twinkling details pop up on longer tracks like “No Wonder We Go Under” and standout “I Look Like I Look in a Tinfoil Mirror.” Such sounds percolate and nip around the headphone space, helixing into new shapes before Seaton pulls them apart again and arranges them anew. The dizzying attention to detail and design rivals that of Seaton’s close mate Objekt (TJ Hertz), but his touch feels less intense and bewildering, more childlike and immersive. Certain instances of Arpo might hearken back to rhythms associated with tech~house, electro, and harsher variants on each (especially the metallic shrieks that cry~out on “Trokel”), but no track sounds like it’d readily slot into a club set. There’s something squishy and slippery about every component here, each moving into the other so that markers and track distinctions begin to feel wholly irrelevant to the listening experience.
Ξ•Ξ♠        “The music and spaces of a time past that preoccupies you can be shaped into something that can drive your own visions,” Seaton wrote in advance of a weekend party he curated for December at Amsterdam’s De School, speaking of dance music histories and places he’s obsessed over but never visited. There’s a sense here that Seaton is seeking to move beyond such tropes in dance music towards something not yet defined. Seaton then adds: “Don’t take me there. Just let me learn and dream.” Arpo might just soundtrack such a speculative night out.
Ξ•Ξ♠        https://pitchfork.com/
Bandcamp: https://callsuper.bandcamp.com/album/arpo
Label: https://store.houndstoothlabel.com/
♦»♠••›♣¤★↔★♦♠♦★Ω★♦»♠••›♣¤★↔★♦♠♦★Ω★♦»♠••›♣¤★↔★♦♠♦★Ω★♦»♠••›♣