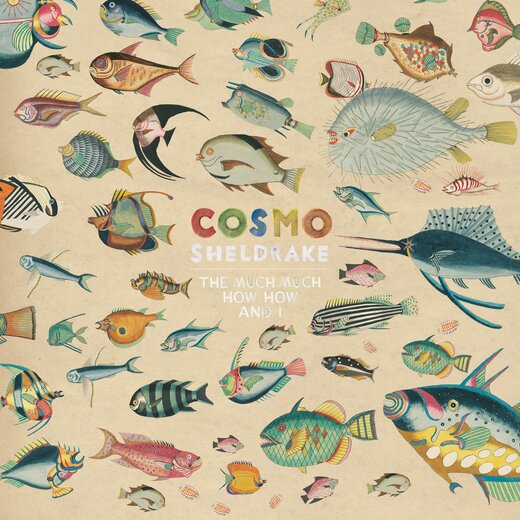 ••★••     Vocalist, multi~instrumentalist and producer. Sheldrake and Matthew Herbert (Björk, Mica Levi) produced the LP, which was recorded at Soup Studios and Sheldrake’s own basement.

Notes:
•★•       For the London album launch for ‘The Much Much How How and I’, Cosmo and I See Rivers are joined by Bunty — “multi~dimensional beat merchant and vocal juggler” Kassia Zermon. Also to be found fronting jazz/junk/folk trio Le Juki, co~fronting dub act Resonators, and co~running Brightonian experimental label Beatabet, Kassia’s run Bunty for years as a loopstation~based “one woman electro~orchestra” bolstered by her multi~instrumentalism and vivid imagination. Parallels with Cosmo are clear (the looping and beatboxing, a life blossoming with social art initiatives and therapeutic work beyond the entertainments) and she guests on one of the ‘Much Much’ tracks (very much an equal passing through, with a cheeky hug and a bit of upstaging), but her own vision is distinct. Giddier, jazzier, less directly English in its whimsy, with input from her Moroccan heritage and from her taste for Andy Kaufman; a slightly more cosmic playbox; imaginary languages; an undiluted Brightonian fabulosity.
•★•       Kassia’s last Bunty album, ‘Multimos’, was a pocket~sized multimedia event spanning apps, interactive AV, dream machines, audience choirs and gaming cues. Time and occasion will probably only allow a smidgin of that, this time around, but it’ll be a window onto her explosively colourful world.
PRESS:
•★•       “Each song picks up from where the previous tune refused to turn. These songs make up an ecology, composed and decomposed by an impish and irresistible logic. There is no opportunity for even the sourest of prudes to stand by and frown” — Roddy Rubric
•★•       “He perceives the daily world around him, definitely with a child~like curiosity and wonder but also with a fair measure of genius.” — The Guardian
•★•       “Cosmo mongers everything from hedgerow pastorals to high~grade, rusted thrump” — Ernest Plimsole
•★•       “Genuinely Great British Eccentric” — dots and dashes
•★•       “Sinewy soundscapes stretch over beats that seem to travel a mile in each hop. Nooks and crannies line these tunes, each home to some thrilling and unsettling liaison; mouldy elegies meet percussive gumptions, and conduct impossible affairs before your disbelieving ears” — Pencival Spore
Bandcamp: https://cosmosheldrake.bandcamp.com/album/the-much-much-how-how-i
Website: http://cosmosheldrake.com/
Twitter: https://twitter.com/cosmosheldrake/
Facebook: https://www.facebook.com/cosmosheldrakemusic/
Bunty: https://buntycamp.bandcamp.com/album/multimos-2
Website: http://www.buntybuntybunty.com/ 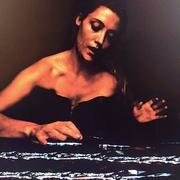