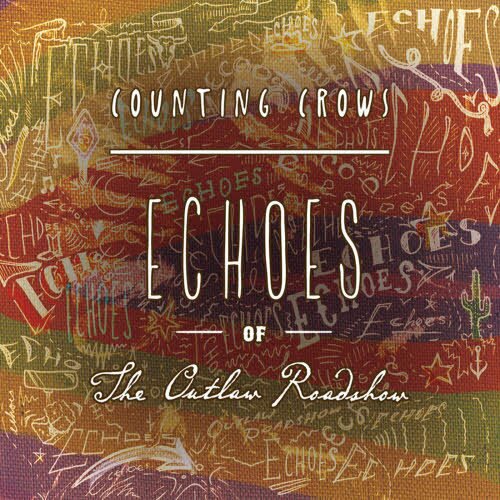 Counting Crows — Echoes of The Outlaw Roadshow
Location: Berkeley, California, United States
Album release: April 15, 2013
Record Label: Cooking Vinyl
Duration:     79:24
Tracks:
01. Girl from the North Country - Traditional 6:04
02. Round Here     10:12
03. Untitled (Love Song)     4:52
04. Four Days     3:31
05. Hospital     3:07
06. Carriage     4:04
07. Start Again     3:30
08. I Wish I Was A Girl     5:49
09. Sundays     4:40
10. Mercury     6:39
11. Friend of the Devil     4:30
12. Rain King     7:42
13. Le Ballet d'Or     4:58
14. Up All Night (Frankie Miller Goes To Hollywood)     5:22
15. You Ain't Goin Nowhere     4:26
Current members
¤ Jim Bogios – drums, backing vocals (2002–present)
¤ David Bryson – guitar, backing vocals (1991–present)
¤ Adam Duritz – lead vocals, piano (1991–present)
¤ Charlie Gillingham – accordion, clarinet, keyboards, piano (1992–present)
¤ David Immerglück – guitar, pedal steel guitar, banjo, mandolin, vocals (1999–present)
¤ Millard Powers – bass guitar, piano, backing vocals (2005–present)
¤ Dan Vickrey – lead guitar, backing vocals, banjo (1994–present)
Former members:
¤ Steve Bowman – drums (1991–1994)
¤ Matt Malley – bass guitar, vocals (1992–2005)
¤ Ben Mize – drums, vocals (1994–2002)
Website: http://www.countingcrows.com/
Description:
¤ UK fans have had to wait four years to see Counting Crows on stage again, but they ll hardly be complaining in 2013: to coincide with the much awaited tour, the San Francisco rockers are about to release their newest collection of live songs Echoes of the Outlaw Roadshow on 15th April through Cooking Vinyl which will compliment other official live recordings the band has released. Counting Crows followers are in for a real treat with this collection of audio footage which was recorded on several dates of their North American tour in 2012. The band s performances have been renown since the early 90s for their energy and uniqueness: no two shows are the same, with Adam Duritz constantly rewriting songs and mixing them up live for an evening always full of surprises. Echoes of the Outlaw Roadshow was recorded and mixed by Shawn Dealey, who worked with the band on their latest studio release Underwater Sunshine.
-------------------------------------------------------------------
REVIEW
Written by Freya Cochrane (Editor rating: 8/10)
¤ Formed in 1991, Counting Crows are famed for putting on a fantastic live show. We have yet to see the septet live and discover whether or not they live up to all the hype but we do have the next best thing. Now, we know that live albums are often lack-lustrous and generally nothing like being at a show in person, but Echoes of the Outlaw Roadshow manages to encapsulate all the energy of a Counting Crows gig, and transport it to the comfort of your own home.
¤ From the first track – Girl from the North Country – the group have the whole of the crowd, as well as us here at Bring The Noise HQ captivated. Emotive and moving, the stripped back anthem opens the show delicately and is the first of many to be performed excellently on the night (or in our case, on the album). Frontman Adam Duritz’s vocals never fail to stun us, and what we love about these live albums is the minor cracks and imperfections that can be picked out. The whole band’s performance is raw and passionate throughout, all captured with a crisp and tidy finish by Shawn Dealey.
¤ Counting Crows have never been a band to do things by the book, and this album is no exception. Often reshaping their original tracks, they boast a stunning musicianship that is admired by many across the globe. For people who have yet to catch the group live, this will be an excellent little teaser. For people who have been to a Counting Crows show it’s sure to bring a fantastic sense of nostalgia. Playing some of their awesome originals, and throwing in a few covers from their sixth studio album Underwater Sunshine (Or What We Did On Our Summer Vacation), it’s clear that the Californian band definitely know how to put on a show.
¤ It has to be said, we would have definitely preferred to be there ourselves, but we’re more than okay settling for Echoes of the Outlaw Roadshow for now! If we didn’t have enough reason to catch a Counting Crows show before, we definitely do after listening to this recording!
Standout Tracks: Carriage, I Wish I Was A Girl
For Fans Of: Hootie And The Blowfish, Bob Dylan
Fortaken: http://www.bringthenoiseuk.com 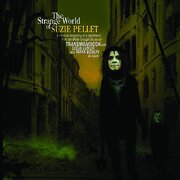