Cowboy Junkies – The Nomad Series: Sing In My Meadow Volume 3
Location: Toronto, Ontario, Canada
Genre: Indie / Pop / Rock / Folk
Record Label: Latent / Proper Records
Release Date: October 17, 2011
Tracklist:
01. Continental Drift   5:07
02. It’s Heavy Down Here   5:08
03. 3rd Crusade   4:11
04. Late Night Radio   4:58
05. Sing In My Meadow   4:30
06. Hunted   4:30
07. A Bride’s Price   5:50
08. I Move On   6:03
Website: http://latentrecordings.com/cowboyjunkies/ / Personnel:
Officially, there are four band members, all siblings except Anton, who was a member of Michael Timmins’s two previous bands.
- Margo Timmins (vocals)
- Michael Timmins (guitar and chief songwriter)
- Peter Timmins (drums)
- Alan Anton (bass)
Since their second album the band has performed and recorded with multi-instrumentalist Jeff Bird, whose current role includes acoustic and electric mandolins, harmonica, percussion, and samples.
THE third album in Cowboy Junkies’ four volume Nomad Series is something of an indulgence for the band and fans alike.
In explaining the thinking behind its conception, Michael Timmins explains: “The idea behind Sing In My Meadow was to create an album that references an aspect of our live performances that we don’t dig into very much in our studio recordings.
“We wanted the album to revolve around those psychedelic, blues-inspired forays we are so fond of exploring on stage. So, this past February the live band (the four of us plus Jeff Bird) gathered in our studio to record all of these songs over a four-day period.
“We approach them all live off-the-floor: nasty and dirty and disturbing the cold winter’s nights peace.”
In doing so, the Junkies attempted to channel Miles at the Isle of Wight, deep in his Bitches Brew phase, or Captain Beefheart and his Mirror Man psychoses.
The result is sometimes meandering and depressing, at other times exhilarating. It’s a mixed bag but one worth opening.
They’re definitely at their most indulgent late on, when A Bride’s Price and I Move On allow for extended guitar solos and half-cooked, psychedelic vocals. And there are times during the midst of both of these that the patience of all but the most ardent fan may be tested.
But when they hook it up and open up, there are some breakout treats to be had.
3rd Crusade, for instance, combines a funky bass with some outstanding electric guitar… almost as though David Holmes had wondered onto the scene and offered to lend a hand. It drops a really cool vibe and is exactly what the album needed at that point to inject some life.
Late Night Radio, conversely, has a deliciously bluesy vibe, with added reverb at times, that is great just for kicking back to and allowing to wash over you. The vocals, too, are extremely dusky.
Sing In My Meadow, meanwhile, adds some slide guitar into proceedings and yet again displays the excellent instrumental ability of this band, and Hunted is one of the liveliest guitar jams on the record, tip-toeing into almost Hendrix territory early on with a mighty fine opening.
Indeed, it’s fair to say that half of the album is great, with the other half more befitting a sombre, hang-dog mood. But as with most things that the Cowboy Junkies do, it’s all worth a listen.

I only want to say
That if there is a way
I want my baby back with me
'cause he's my true love
my only one don't you see?

Blue Moon, you saw me standing alone
without a dream in my heart
without a love of my own
Blue Moon, you knew just what I was there for
You heard me saying a prayer for
someone I really could care for

I only want to say
That if there is a way
I want my baby back with me
'cause he's my true love
my only one don't you see? 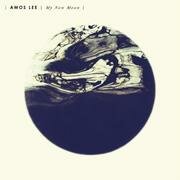