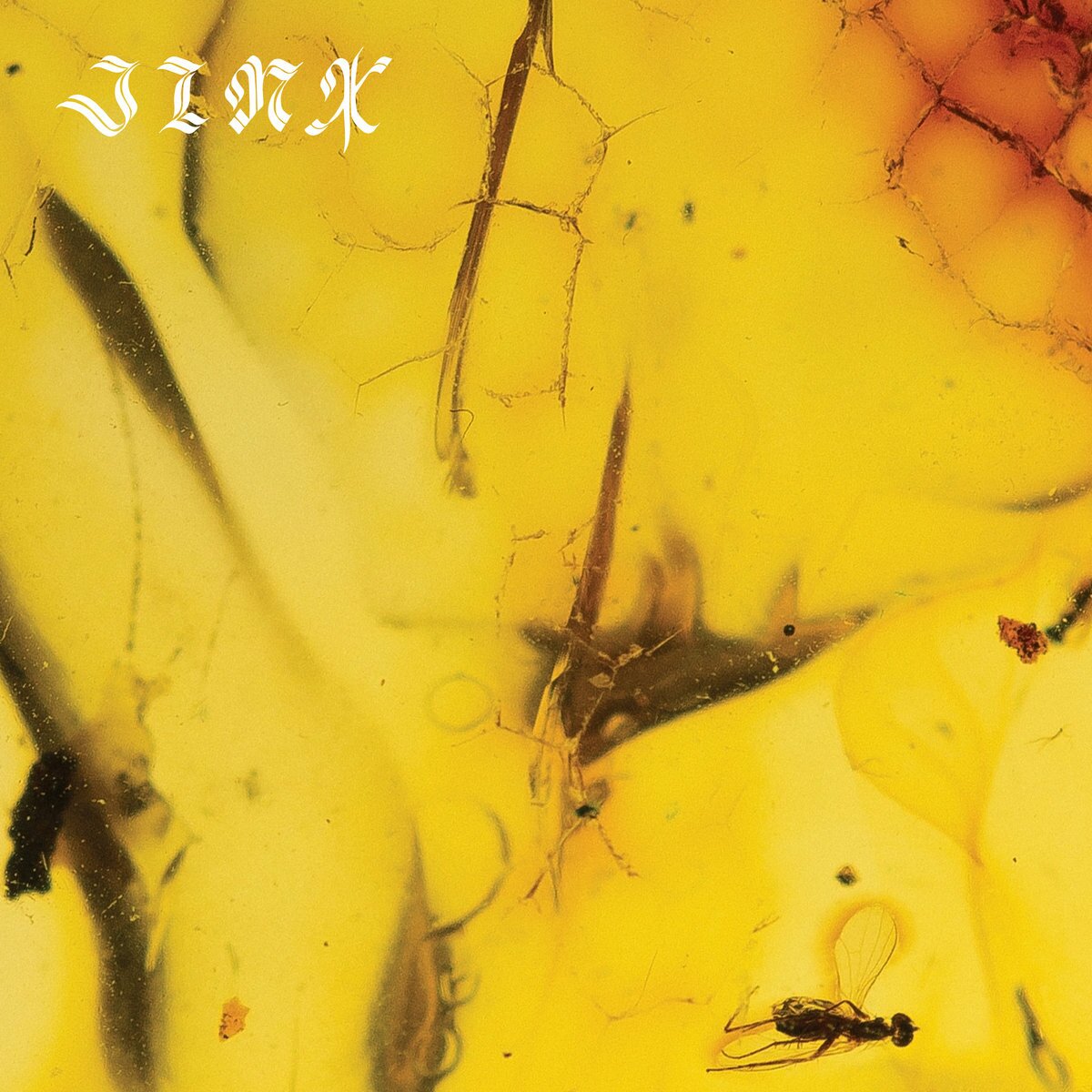 ⊕Ψ⊕      Crumb is the collaboration of Brooklyn~based musicians Lila Ramani (guitar, vocals), Brian Aronow (synth, keys, sax), Jesse Brotter (bass), and Jonathan Gilad (drums). The friends came together in 2016 with the goal of developing and recording a collection of songs Ramani had written in high school and college, the work ultimately resulting in the band's first two EPs, 2016’s Crumb and 2017’s Locket. Encouraged by the warm reception online and at shows, the band evolved into a full time touring and recording project.
⊕Ψ⊕       Jinx is Crumb’s first full~length album and best distillation to date of their singular blend of psych~rock and jazz. On Jinx, Ramani continues to helm the songwriting, with Aronow, Brotter, and Gilad each bringing distinctive ideas to match her ethereal, intimate vocals and luminous guitar lines. Informed by two years of nearly non~stop touring, the songs sweep and swell to capture the beguiling live spirit of Crumb shows, while taking listeners one step further down the band’s dizzying, hypnotic path.
Location: Brooklyn, NYC
Album release: June 14th 2019
Record Label: Crumb Records
Duration:     27:22
Tracks:
01. Cracking   1:52
02. Nina   3:20
03. Ghostride   2:06
04. Fall Down   2:53
05. M.R.   3:38
06. The Letter   2:06
07. Part III   3:43
08. And It Never Ends   2:53
09. Faces   2:09
10. Jinx   2:42
Review
by Ann~Derrick Gaillot, JUNE 17 2019. Score: 7.8
⊕Ψ⊕      The New York City psych~rock quartet’s debut full~length beckons the listener with dreamy keyboards, twinkling guitar, and a recognizable buzz of stoic anxiety.
⊕φ⊕      Obituaries and biographies often give the illusion that lives unfold along ever~advancing, if wandering, timelines. In fact, those forward trajectories are made up of millions of tiny spirals — routines followed, patterns performed, habits fallen into. Most days are slightly deviating copies of one another, with periodic breaths of novelty. On their debut full~length, Jinx, New York City psych~rock band Crumb give shape to the ambivalence and hypnosis of those lulling spirals, bending indie rock and jazz influences to shape a clear~eyed perspective tinted amber with dirt. Beckoning the listener with dreamy keyboards, twinkling guitar, and a recognizable buzz of stoic anxiety, Jinx rewards with the promise that within the dizzying haze are moments, turns in direction, worth waking up to.
⊕Ψ⊕       Crumb formed in 2015 while the group’s members attended university in Boston, and their first, self~titled EP realized songs that guitarist, vocalist, and lead songwriter Lila Ramani began writing as far back as high school. Crumb and 2017 follow~up Locket, both misty and meandering, cast the four~part group as the new kid on today’s jazz~influenced psych block, among bands like Tame Impala and King Krule. On Jinx, those free~jazz influences and arrangements — an affinity Ramani also flexes as a member of New York City experimental collective Standing on the Corner — remain, but there’s something decidedly murkier afoot. Embracing the analog~suffused production they dabbled in on past projects, Crumb’s debut offers a warm, hazy snapshot of banal existence from the inside out.
⊕Ψ⊕       Concealed emotion, strained facades, and the desire to break free from the numbness underlying both are recurring themes, but Jinx is no dense, depressing slog. Languid love song “Ghostride” sets a scene of passive action as Ramani, voice wavering at a dispassionate hum, observes her subjects moving through the world on autopilot. A moment of hope emerges as guitar and drums break to a higher register and she breathily sings, “Come on now/Don’t let this go/Don’t let the light fade away/People come/And people go/But I —.” With a shade of hesitancy, she cuts off the sentiment, not finishing until the chorus repeats with the final word, almost a pronouncement: “stay.” That longing for cloud~parting connection and devotion peek out through the album’s rises and falls.
⊕Ψ⊕       Crumb have a knack for entrancing the listener, only to then displace them with airy, twinkling release. Flashes of silence — abruptly muted guitar strums, complete rests — and Ramani’s penchant for spell~like repetition can warp time, one hallucinatory spiral suddenly interrupted by another, more promising one. The album’s hypnotic quality grows ever more romantic and tense with repeat listens, a prescient~feeling experience that matches a zeitgeist: strung~out maintaining in the face of impending doom. “This city is dense/And it makes me tense/And it makes me tense/And it never ends/And it never ends,” Ramani sings, her voice recessed by a gauzy filter, on “And It Never Ends.” How do we get off the eye~glazing treadmill of the day~to~day? In lieu of tidy answers, Jinx offers a sympathetic fellow witness to the mystery. ⊕Ψ⊕   https://pitchfork.com/
Website: https://www.crumbtheband.com/
Twitter: https://twitter.com/crumbtheband
FB: https://www.facebook.com/TheCrumbBand/
______________________________________________