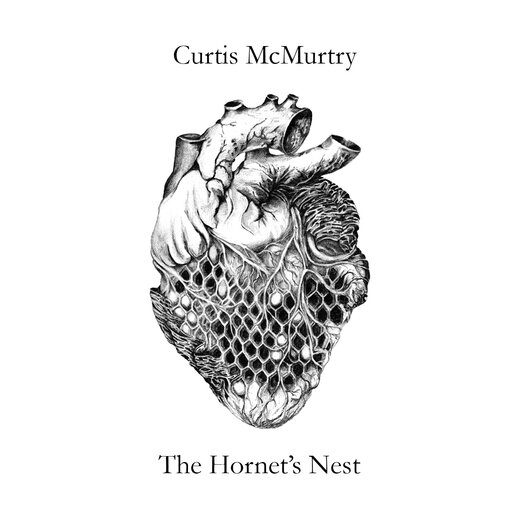 © Curtis McMurtry. Photo credit: Todd Wolfson
Curtis McMurtry
Sounds Like: Barbed late~night ruminations on wicked crimes of the heart, sung with a sly smile
For Fans of: Lyle Lovett, Leonard Cohen, unapologetic Americana
Why You Should Pay Attention: The 26~year~old Texan has impeccable bonafides ~ he’s the son of arguably America’s greatest slice~of~life songwriter James McMurtry, and was mentored and championed by the late great Guy Clark. But the songs on McMurtry’s new album The Hornet’s Nest might actually take more inspiration from his novelist~screenwriter grandfather Larry McMurtry: They’re cinematic vignettes, with elegantly atmospheric arrangements featuring Diana Burgess’ cello and Nathan Calzada’s trumpet. McMurtry croons pointed poison~pen letters, in which his first~person narrators are unafraid to let their bad~guy flags fly. Not that any of these 13 songs actually played out in his real life.
He Says: “If all my songs were straight autobiographical stuff that’s happened to me, that would be really boring. So I make a lot of stuff up. I definitely think of characters in songs as parts that I play, and it’s fun to play horrible people onstage ~ especially villains. They always get the best monologues.”
Hear for Yourself: “Wrong Inflection” finds McMurtry and Burgess icily bantering blame for a cooling romance like it was a tennis match, punctuated by trumpet lines from Calzada that sound like sneers rendered as music. D.M.
ψ♣      http://www.rollingstone.com/
Review
Mark Nenadic, Posted on February 7, 2017;  Score: 8/10
ψ♣      Born and raised in Austin, Curtis McMurtry is following to some extent in his father, Americana stalwart James’s musical footsteps. Pops himself is the son of writer/screenwriter Larry McMurtry (The Last Picture Show, Terms of Endearment, Lonesome Dove, and Brokeback Mountain). The Hornet’s Nest is Curtis’s second album, a follow~up to 2014’s Respectable Enemy. You might say the youngster has a lot to live up to!
ψ♣      After honing his craft in Nashville, McMurtry III perhaps surprisingly explores the world in a gentle folk meets bluegrass meets jazz style. There’s more of New Orleans in the mix than there is any Tennessee mountain home. Loves Me More is an early highlight — an up~tempo yet noir, gypsy swing vibe admonishing the other guy who didn’t get Curtis’s girl. Retro is very much the order of the day throughout the record, McMurtry’s sound is anchored somewhere in the 1940s. Bayonet has all the hallmarks of a traditional folk song such as Scarborough Fair; McMurtry mourning the collapse of a relationship, yet still armed and watchful to protect himself from further emotional injury. The Hornet’s Nest is essentially a musical suite — standout tracks are hard to pinpoint within a collection so consistent in topic and style. If I Leave is perhaps the most poppy within the low glow, with one or two major chord stanzas therein, yet the subject matter stays true to theme — the looming collapse of a relationship. Splashes of cello, trumpet, clarinet and banjo colour the thirteen tracks, enriching the tales of life’s losses and bittersweet victories. The supporting harmony vocals of Diana Burgess are a particular treat; they boost McMurtry’s gentle, plaintive voice where the songs require.
Summary
ψ♣      Without the merest hint of twang, bombast or swagger; the power lies here in the subtlety of song craft that McMurtry excels in.
ψ♣      http://americana-uk.com/
Bandcamp: https://curtismcmurtry.bandcamp.com/album/the-hornets-nest
Website: http://www.curtismcmurtrymusic.com/
Twitter: https://twitter.com/curtismcmurtry
Facebook: https://www.facebook.com/curtismcmurtrymusic
Interview/SCOTT SIMON, HOST:: http://www.npr.org/2017/02/25/517181369/curtis-mcmurtrys-new-album-can-make-you-feel-like-youre-eavesdropping
•   •   •   •   •   •   •   •   •   •   •   •   •   •   •   •   •   •   •   •   •   •   •   •   •