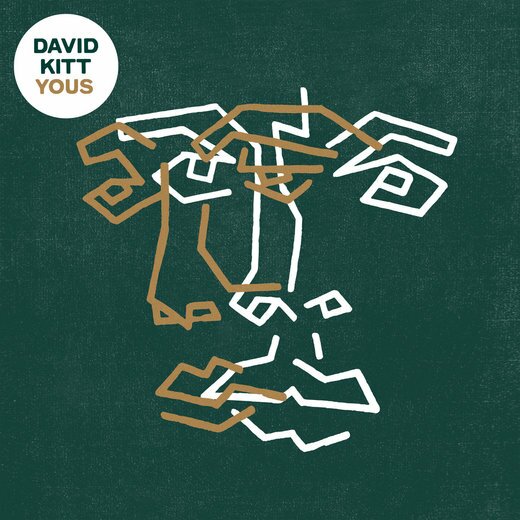 ?         David Kitt is an Irish musician/producer that crosses multiple genres. He has released six studio albums to date, from his quietly magnetic 2001 debut Small Moments, through the expansive ambient textures and looping pop mantras of The Big Romance, through Square One, covers album The Black & Red Notebook, Not Fade Away & his most recent release, The Nightsaver (2009).
?         Key to creating the New Jackson sound was the purchase of an SP 1200 sampler. Kitt explains “It’s a sound I’ve tried to get close to for almost half my life now and the only way to really nail it was to get the machine itself. It’s featured on so many of my favourite records by the likes of Premier, RZA, MF Doom, Daft Punk, Moodyman and Theo Parrish”

© David Kitt. Photo credit: Mark Earley for State Magazine David Kitt — The Sugar Club, Dublin
Description:
?         Describing his first solo record for nine years as “the most free I’ve felt making a record since my debut Small Moments”, David Kitt’s sense of freedom is bound up in themes of renewal, movement, and a constant reshaping of his musical preoccupations.
?         The last number of years have seen him touring and recording as a member of Tindersticks, producing other musicians’ work, exploring techno, disco, and house under his New Jackson moniker, remixing everyone from Shit Robot to The XX, and producing intriguing, eclectic DJ sets and radio shows.
?         All of these experiences have been brought to bear on his latest record Yous, which mingles a sense of freedom, and calm reflection, with an independent impulse, “There was no pressure whatsoever with this record,” he says. “No label or manager, or anyone breathing down my neck. I was happy to wait as long as it took to have the right 10 songs”.
?         “The intention was to release it very low~key via Bandcamp and do a small vinyl run, but when it was done and mastered I had a feeling I had something special on my hands, and for the first time in a long while all my friends were chiming in saying it was their favourite thing I’d done. So I played it for Olan at All City and he convinced me to give it a proper release”.
?         Yous is a finely wrought and elemental piece of work, folding in electronic hisses and beats that ground carefully finger~picked guitars (inspired by the likes of Mississippi John Hurt and John Fahey) and stirring violin, weaving between glorious pop~kissed melodies and stark, immersive, poignant compositions — something Kitt does so well.
?         In the spirit of J.J. Cale, Love is Overtaking Me~era Arthur Russell, and Ronnie Lane, the relaxed nature of the album was intentional, “I’m getting my electronics fix from New Jackson, so I wanted to leave room for all the live instrumentation on this, and keep the backing as simple as possible, to let every element have room to breathe, and be heard, and have a strong personality.”
?         The record was largely done by Kitt at his Dublin home, in a “teeny attic room” although old friend and collaborator, Karl Odlum, pops up, and Margie Lewis’s violin plays a crucial role throughout the record, as does Ireland, and more specifically, Dublin. The city, surrounding countryside, and its inhabitants, are a constant thread throughout, giving the album the feel of a personal travelogue that spans two decades. ?         This is explored on “Made It Mine”, a song that was the hardest to finish because of the complexities of trying to capture our particular sense of identity, “The Taste of Without” tackles the financial crash that hit the country especially hard, and the recession that followed, whilst “Like Lightning” explores a night of adventure after a missed bus back home from Galway on the West Coast.
?         The rest of the album, held together by Kitt’s uniquely rich vocals, offers a great deal of variety amidst its cohesiveness. “Keep the Streets Empty for Me” is a Fever Ray cover which he makes his own, whilst other moments harness early Dire Straits~influenced guitar tones, and Serge Gainsbourg grooves. While the closing track, “Song of Two Birds” says Kitt, “Reminds me of the record Bobby Charles made with The Band in Woodstock in the ‘70s, but with Warren Ellis on violin.”
?         Although Yous is a record that is born of a particular place (the title is an Irish colloquial term for the plural of ‘you’), it is equally about personal exploration and a sense of duality, as Kitt reveals, “It also refers to the different versions of ourselves we pass through in life, which is reflected in these songs, which span a ten~year period in terms of writing, and longer, in terms of experience.”
?         Yous is both the “waking” and the “breaking” of the heart that Arthur Russell sings of, and one of Kitt’s best, and most personal musical statements, to date.

Review
David Kitt — Yous album review: The songwriter returns, older and wiser
Tony Clayton~Lea; Score: ****
?         Just because you have been a constituent part of the Irish music scene for more than 20 years doesn’t mean it owes you a living. Dubliner David Kitt learned that particular lesson the hard way, having released seven studio albums between 2000~2009 (five of original material, one of covers, and one of bits’n’pieces) to insignificant effect.
?         With the lethargic commercial nod towards 2009’s The Nightsaver, Kitt realised that he would have to make some balanced decisions in order to survive. His own work was placed on hold, then, while he spent several years touring as part of Tindersticks and David Gray’s band.
?         Clearly, Kitt has used this time to re~evaluate his precarious position, and so Yous lands with signature similarities but also a newfound musical freshness, depth and simplicity. Instrumentation is kept to a minimum — guitar and violin underpin throughout. The former is psych/groove~driven (and often exceptionally lyrical) while the latter fluctuates between urgent and sympathetic, occasionally atonal but always in keeping with the nature of the song.
?         Kitt’s unperturbed voice, meanwhile, mirrors the career path of its owner: it ploughs its own furrow, and as such — if allowed — charms you into ambling alongside it. Worth noting, as well, is Australian~born covocalist Margie Jean Lewis (also the violinist), whose complementary support is often the cream between the cake layers.
?         From start to finish, Yous is exemplary in its focus, a feature Kitt has perhaps lacked in the past. Tracks such as Cause for Leaving, Cling Film, Keep the Streets Empty for Me, Like Lightning, Song of Two Birds, There Will Always Be This Love, and Winter Song highlight Kitt’s strengths as a songwriter, while the mood covering all like a comfort blanket is akin to listening to the Lost in Translation soundtrack as written by Velvet Underground.   ?         https://www.irishtimes.com/
Review
Louise Bruton, Fri, Mar 9, 2018, 05:00 / Score: ****
David Kitt: Yous review — Get yizzer hands on this fine album
?         In the nine years since his last album, The Nightsaver, David Kitt has thrown himself into house and techno music under his New Jackson moniker. But on Yous, the crunch of techno quietens down to a whisper, with Kitt thumbing a guitar and Margie Lewis on violin playing a crucial role, lifting the songs as she goes.
?         Yous is an immersive experience that shows the different sides of Ireland. Like Lightning is a spontaneous tale of what happens when you miss the last bus out of Galway, the slinky tones in The Taste of Without criticises the economic downturn Ireland has gone through, and Made It Mine celebrates our ownership of the country’s greyness. Kitt captures that love/hate relationship people can have with their Irishness, addressing the invisible thread that will always keep us linked to the old sod. While his deconstruction of Fever Ray’s Keep the Streets Empty for Me is less of a poltergeist than the original, it still haunts.   ?         https://www.irishtimes.com/
Bandcamp: https://davidkitt.bandcamp.com/
Website: http://www.davidkitt.com/
Twitter: https://twitter.com/David_Kitt
Facebook: https://www.facebook.com/DavidKitt/
Also:
?         Rachel Hegarty calls out the ideas and inspiration behind David Kitt’s debut New Jackson LP.
By Rachel Hegarty
?         http://www.thelocals.ie/features/new-jacksons-city
Discography:
?         Small Moments (2000)
?         The Big Romance (2001)
?         Square 1 (2003)
?         The Black and Red Notebook (2004)
?         Not Fade Away (2006)
?         Misfits, Vol. 1 (2007)
?         The Nightsaver (2009)
?         Yous (March 9, 2018) 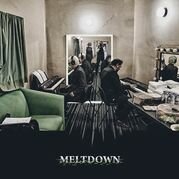