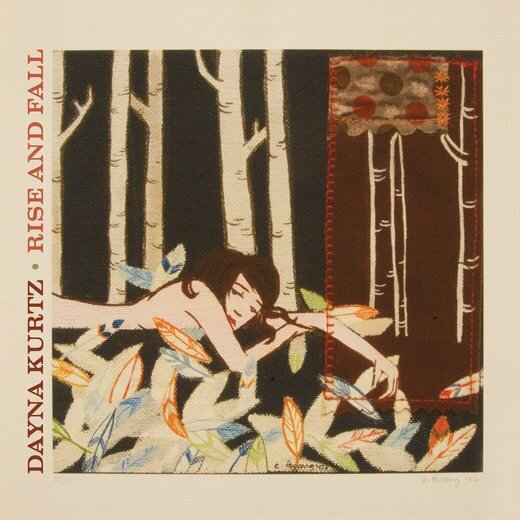 REVIEW
JOHN SWENSON, MAY 6, 2015
–•••   Dayna Kurtz is a welcome addition to the New Orleans music scene. She’s a singer/songwriter with the forthrightness of a farm girl and the wiles of a New York cabaret veteran, a superb vocalist and a deft painter of emotions with simple, effective strokes. When she moved to New Orleans in 2012 she’d already built an impressive resume in the folk/roots/Americana tradition with a series of critically acclaimed albums and a powerful performance at the Lagniappe stage at Jazz Fest. Her life has taken some eventful turns since that move. The breakup of her marriage and the death of her father shadow the themes of Rise and Fall.
–•••   Kurtz can write about relationships in an extremely personal yet almost theatrically formal manner. In “A Few Confessions,” she writes about imagining herself with other men and asks her partner “Do you mind?” She can also write about longing for a lover with the ache of starvation. “I write the saddest lullabies,” she admits in “Far Away Again.” She expresses absolute devotion in “Eat It Up” and “Yes, You Win,” yet leaves room for a fling in “You’re Not What I Want (But You’re All That I Need).” –•••   The absolute classic love song on this set is the album opener, “It’s How You Hold Me,” a giddy catalog of a lover’s gestures delivered with a powerful vocal performance. Kurtz has total mastery of the dynamics of ballad singing. She brings the kind of substance to her vocals characteristic of a great gospel singer. And yet the overall feel of the album is hushed and sepulchral, its melodies fleeting through the songs like unseen breezes through tall trees.
–•••   Kurtz can go deep. “There are three songs on this record that are suitable for funerals,” she noted during her record release party at the All Ways Lounge. “It’s an untapped market, I think.”
–•••   The most formidable of that trio is “The Hole,” a truly spooky lament sung with only violin accompaniment. Kurtz sounds almost in a trance as she observes herself from above preparing a grave in three verses that lash together memories of her father with the physical sensation of digging a hole while wearing her dad’s boots. She appends the Bobby Charles spiritual “You’ll Always Live Inside of Me” as the album’s goose bump inducing finale. –•••  http://www.offbeat.com/
Notes:
–•••   Her music is described as a blend of jazz, folk and pop. Living in Vermont nowadays, she records blues tracks also.
–•••   She was named the Female Songwriter of the Year by the National Academy of Songwriters.
–•••   Norah Jones (with whom Kurtz recorded a duet on her 2004 album) and Bonnie Raitt have raved about her in interviews, and she's performed on such high–profile radio shows as World Café, Mountain Stage and NPR's Morning Edition and Tell Me More.
–•••   She has toured with the likes of Elvis Costello, Richard Thompson, Mavis Staples, B.B. King, Dr. John, Richie Havens, as well as Rufus Wainwright, Keren Ann, Chris Whitley, and the Blind Boys of Alabama.
–•••   Her Secret Canon albums are her personally researched collection of lost and obscure blues and R&B gems from the 1940s–1960's.
–•••   Critic James Reed of the Boston Globe wrote in a review of Beautiful Yesterday that "there's no logical reason why singer–songwriter Dayna Kurtz is not a full–blown star".

© –••• Dayna Kurtz @ Teatro Colón de A Coruña
PRESS:
Editorial Reviews
Product Description
–•••   The emotion–charged new set is a creative milestone for the New Jersey–born, New Orleans–based singer–songwriter–guitarist–producer as well as a compelling reaffirmation of the creative strengths that have already won her a fiercely loyal fan base. That audience stretches from Kurtz's home country to Europe, where she's toured widely to impressive sales and massive critical acclaim, with her song Love Gets in the Way becoming a Top 10 hit in the Netherlands.
–•••   The Washington Post called her voice a deep–hued garnet of lifeblood and beauty while L.A. Weekly rhapsodized, Kurtz tilts her head back at an angle and spins melodic, earthbound poetry that sets loose demons only to dismiss them into the ether... Kurtz makes ordinary misery voluptuous. The Boston Globe stated, There's no logical reason why Dayna Kurtz is not a full–blown star; and prominent Dutch op–ed writer Frits Abrahams recently referred to her as the female Dylan.
–•••   A restless musical truth–seeker whose ongoing pursuit of inspiration has led her to follow her creative muse in unexpected and rewarding directions, Kurtz has spent the past decade and a half building a powerful body of recordings on her own uncompromising terms.
–•••   That catalogue encompasses her own compositions as well as her distinctive interpretations of outside material drawn from a bottomless wellspring of pop, folk, jazz, blues and rock 'n' roll traditions. In addition to releasing seven albums, a pair of EPs and a live DVD, she's also built an international reputation as a riveting live performer, thanks to her tireless roadwork and industrious D.I.Y. spirit.
–•••   The musical and personal experience gained in Kurtz's travels is reflected throughout Rise and Fall, on such richly crafted, emotionally precise tunes as the stirring country waltz It's How You Hold Me, the startlingly soulful & You're Not What I Need (But You're All that I Want) the audaciously forthright If I Go First, and the stark, haunting The Hole, which was inspired by the experience of burying her late father's ashes near her family's home in rural Vermont. Rise and Fall's lone cover is a deeply felt reading of the Bobby Charles/David Allan Coe chestnut You'll Always Live Inside of Me, which continues Kurtz's tradition of imbuing outside material with her own fiercely expressive spirit.
–•••   Rise and Fall's soul–baring songcraft and impassioned performances are the product of an extended period during which the artist experienced a series of major life changes. These songs are the product of the last few years of my life, which were pretty heavy, Kurtz notes. My father died. My marriage ended. I moved from Brooklyn to New Orleans. I had a couple years of wild oat–sowing, and then I found a grand new love. There's been a lot to think about and a lot to write about, and all of that is in these songs.
–•••   The title Rise and Fall, she explains, comes from the chorus of 'If I Go First,' which is a love song from the grave. I was drawn to the fact that the phrase could describe the span of an empire, the life of a human, or the act of breathing."
–•••   Kurtz co–produced Rise and Fall with longtime collaborator Randy Crafton at his Kaleidoscope Sound studio in Union City, NJ, with a musical cast that includes such longtime associates as guitarist Robert Mache (Continental Drifters, Swinging Madisons), bassist David Richards (Linda Thompson, Richie Havens), keyboardist/accordioni
Review
–•••   Dayna Kurtz s voice is a deep–hued garnet of lifeblood and beauty. — The Washington Post
–•••   Rich as the darkest Godiva chocolate, the voice gets into your bones until you can barely sleep at night and can t get through the day without it. — Paste
–•••   Kurtz tilts her head back at an angle and spins melodic, earthbound poetry that sets loose demons only to dismiss them into the ether...Kurtz makes ordinary misery voluptuous. — LA Weekly 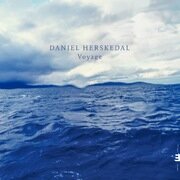