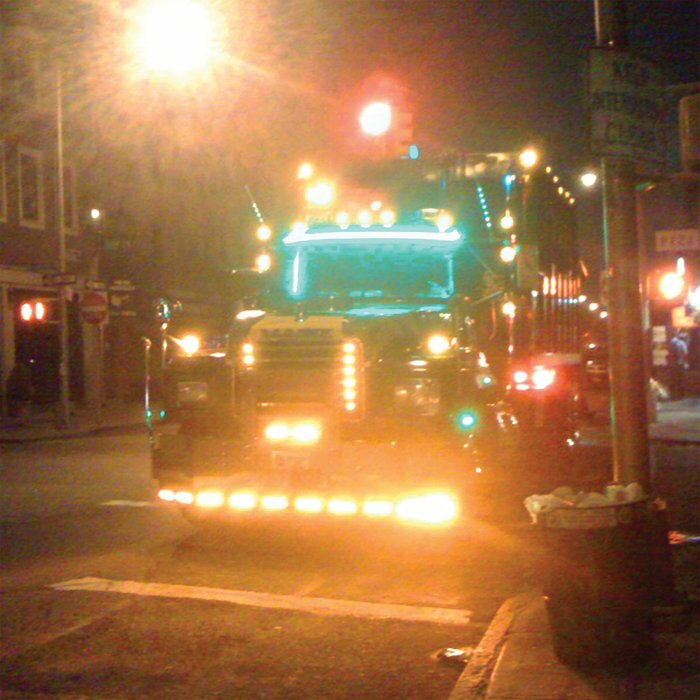 © Photo credit: Richard Saunier
Review   by Heather Phares (http://www.allmusic.com) ****
∫ Over the course of their ten previous albums, Deerhoof wrote more songs about milkmen and dogs than falling in, or out, of love, but Breakup Song evens the score a little bit. In true Deerhoof fashion, though, this album is less about moping — the title track even has “hell yeah” in the chorus — and more about relationships, and songs, falling apart into exciting new forms. ∫ The band takes the album’s name quite literally on a musical level; nearly every track is rife with jagged textures and jarring contrasts. “There’s That Grin” throws together bubbly electro beats and ping–ponging electric guitars and snippets, and though its initial randomness sounds like the whole album condensed and then tossed into a blender, there's a method to Breakup Song's seeming madness. Deerhoof use some of their favorite tricks on these songs, such as wild juxtapositions of sound and mood, but use them in far bolder ways than they have in some time, distilling these twists and turns into concentrated blasts of weirdo–pop that grow more addictive with repeated listens. The way that heavy synths shift to a boogie rock beat on "To Fly or Not to Fly," for example, might be more startling than the band's approach on albums such as Deerhoof vs. Evil, but it resolves itself into a kind of anti–hook that just might be more memorable than something that was catchy from the start. Of course, there are also plenty of immediately hooky moments as well, such as the fittingly pixilated sounds of the imaginary video game jingle "Mario's Flaming Whiskers III Out Now," but Breakup Song's best moments pair the album's frantic sonics with lyrics that are more grounded in a reality familiar to most listeners than many of the band’s previous songs. "Zero Seconds Pause" manages to capture the rush of being on the dancefloor while not being particularly danceable in its own right, while "The Trouble with Candyhands" soundtracks Satomi Matsuzaki’s realization that her guy has been a "bad boy" when he brings her flowers — with mambo rhythms and bouncy guitar pop making for one of the band's best singles in some time. "Fete D’Adieu" closes the album with a pretty musical and romantic truce as Matsuzaki sings about "a muscle in the heart," the kind that can only get stronger with some wear and tear. Deerhoof pack love lost and won again — along with dancing, parties, and video games — into an album the length of the average sitcom, and while the band release albums so frequently that they risk burnout among all but the most dedicated fans, Breakup Song is fresh and addictive enough to make listeners fall in love all over again.
By SEAN CORBETT  |  August 28, 2012 | http://thephoenix.com
Deerhoof | Breakup Song  3.5 Stars
∫ Jammy San Francisco art–noise rockers Deerhoof got us going with the clever online "Jingletron" last month and left fans jittering with excitement for Breakup Song. As each track of the new disc rolls on, the whacked out melodies and crunchy bass lines balance Satomi Matsuzaki’s adorable, floating vocals with a nice chaotic filth. With your headphones strapped, the album's dirty optimism will brighten even the darkest, stalest airport–layover experience (true story). Drummer Greg Saunier (another true story) told Rolling Stone they were going for "the Keith–Richards–joins–ABBA vibe" on "Fête D'Adieu." It's a lofty, insane goal to rock out like that, and Deerhoof nail it. As usual, they're at their best when the beat drifts away to make room for screeching mechanics and jumpy thuds, as in "Zero Seconds Pause," "Bad Kids to the Front," and the title track. "We Do Parties" confirms their true purpose, with crusty bass throbs and hot, tinny guitar licks. Standouts here include the trippy "Flower" and the melodic, Japanese–laced "Mothball the Fleet." As Matsuzaki snarkily proclaims "I am coming to you from a speaker/Deep inside," you smile; and as “Mario’s Flaming Whiskers III” jumps into the deep end of a pool of weirdness, you smile even more. 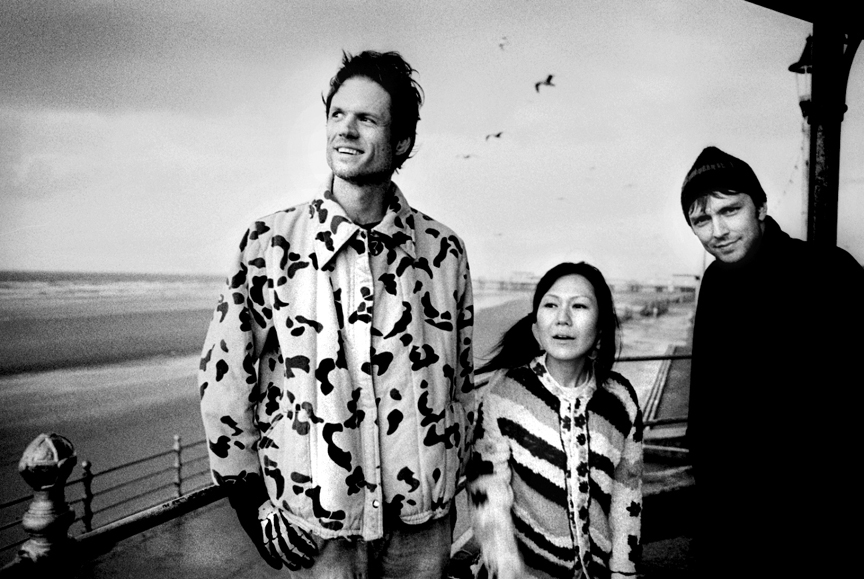 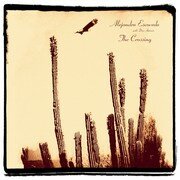