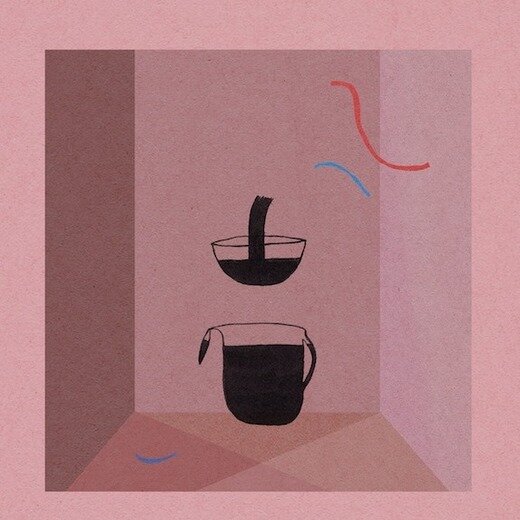 -------------------------------------------------------------------
Review by Fred Thomas  (Rating: ***½)
• At a certain point, the path got stranger for Devendra Banhart. Appearing out of nowhere in the early 2000s with a string of almost accidentally perfect albums, Banhart's haunted voice and familiar impressions of the ghosts of folksingers past pushed him to the forefront of what would be dubbed freak folk. Along with Joanna Newsom and the then-acoustic trip-outs of Animal Collective, Little Wings, Jana Hunter, and a host of other weirdos, Banhart produced effortlessly sublime songs, connected to a sense of earthy wonder and romanticism. Without losing his mojo completely, Banhart's albums became increasingly meandering and protracted as he went on, with efforts like 2007's Smokey Rolls Down Thunder Canyon rambling tiresomely and 2009's What Will We Be feeling both manic and boringly predictable at once. With Mala, Banhart doesn't quite return to the lo-fi brilliance of his beginnings or continue the overwrought leanings of his most previous work, but somehow finds a way to refreshingly split the difference. Since 2005's Cripple Crow, Banhart has dabbled in different genres over the course of a single album, often with mixed results. Mala is no different. Beginning with the dark song fragments "Golden Girls" and "Daniel," he quickly shifts the mood from these eerie Vincent Gallo-esque moments of heartbreak to the icy muted electronics and zombie disco posturing of "Fur Hildegard Von Bingen." Standout track "Your Fine Petting Duck" rides a cookie-cutter '50s doo wop chord progression, with boy/girl back-and-forth lyrics setting a scene where a deadbeat boyfriend lists the reasons he was so awful for the girl trying to get back together with him. Elsewhere, Banhart experiments playfully with tropicalia, chilled-out beats, instrumental interludes, and disjointed electronics. "Won't You Come Over" borrows a synth riff from reggae-poppers Althea & Donna's classic "Uptown Top Ranking," the no-fidelity underwater power pop of "Hatchet Wound" sounds like Ariel Pink stopped by to co-produce (he didn't), and "Won't You Come Home" sprawls out with all the gorgeous airiness of Talk Talk. Instead of the overreaching, overly long confusion of previous efforts, Mala streamlines Banhart's multifaceted muse, and the songs all fit together, if in a somewhat roundabout manner. Apart from the increased cohesion, the quality of the songwriting is far higher, reminding us of the astonishing promise and tossed-off ease of Banhart's early material, and suggesting that his detours into less exciting sounds were just part of a journey that might be much longer and more rewarding than expected. (http://www.allmusic.com)
-------------------------------------------------------------------
• Devendra Obi Banhart is a Venezuelan American singer-songwriter and visual artist. Banhart was born in Houston, Texas and was raised by his mother in Venezuela, until he moved to California as a teenager. He began to study at the San Francisco Art Institute in 1998, but dropped out to perform music in Europe, San Francisco and Los Angeles. Banhart released his debut album in 2002, continuing to record his material on the Young God and XL labels, as well as other work on compilations and collaborations.
Description:
• "Devendra Banhart presents his Nonesuch debut, Mala. The singer/songwriter co-produced the record with his longtime bandmate, guitarist Noah Georgeson. Banhart's eighth studio album, Mala was recorded in his then-home in Los Angeles. He and Georgeson played most of the instruments themselves, using borrowed equipment and a vintage Tascam recorder they d found in a pawn shop. "A lot of early hip-hop had been made on [the Tascam], " says Banhart. "And knowing my songs are not hip-hop whatsoever, we thought it would be interesting to see how these kinds of songs would sound on equipment that was used to record our favorite rap. Let's see how this technology would work for us. " It was a new approach for the pair. "In the past we were more like, let s use the oldest equipment we could find. "  Banhart also notes how his voice has developed over the years: "I don t really take care of my voice, but, just like with playing guitar, you get more familiar with it, and you get better at it. I ve always said that I m very good at not knowing how to play the guitar but, really, it s just that I m very comfortable with the utter uncertainty of my approach. "  Banhart's previous release, 2009 s What Will We Be, received critical acclaim, with Rolling Stone calling it "the best he's ever made. " The Los Angeles Times said the record  "found him making comfortable, laid-back folk that didn't sound like a compromise more like an artist growing into his own."
• Nouvel album pour Devendra Banhart qui visiblement cherche de nouvelles directions, a découvrir. 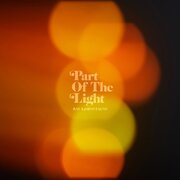