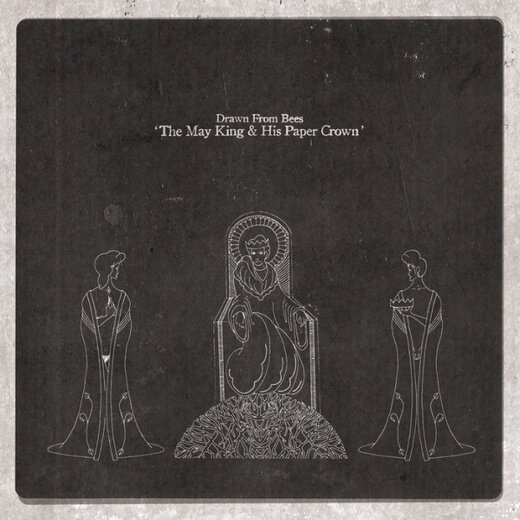 Drawn From Bees — The May King And His Paper Crown
¶   Forming in April 2008 out of the ashes of a ten-year stint as progressive rock band, Glasshouse.
Location: Brisbane, Queensland, Australia

¶   The official album launch will see the Drawn from Bees album, The May King and His Paper Crown, brought to life at the Powerhouse Theatre, with the band being joined by a mini-orchestra, two narrators alongside a projections and lighting show. The May King and His Paper Crown is about unrequited love and the loss of innocence; a record that delves into love, loss, murder and betrayal.
¶   “The band entire commands a special attention from the room’s eyes and the air seems momentarily hung for the release of that all-important downbeat” – Time Off
¶   “All I can say is ‘wow’. I have never been rendered speechless after a set” – Faster Louder
¶   “It’s no secret that Brisbane has always had a strong indie scene and Drawn from Bees are set to continue the legend. The crowd was with them from the first strum” – Drum Media
¶   Image by Andrew Wilson (Dirty Love Photography)

Raven Danger Jones
--------------------------------------------------------------------
Review by Arne Sjostedt; August 30, 2012
¶   Moving through the checklist of things that have to go right before an album can be considered attractive enough to recommend to anyone but the artists' families, I began ticking a number of boxes straight out of the gate. Quality sound, and uncluttered yet creative song craft supported by a rhythm section in no hurry to get anywhere.
¶   Advertisement Though I'm kind of making it sound prettier than it is, this is the best part of this album. And you get that all the way through.
¶   I loved the songs, or, to put it another way, I enjoyed the singer behind the songs. It seems as though frontman Dan James is an interesting man, to whom fans would automatically be drawn.
¶   One issue, if you could call it such, is that a couple of the earlier tracks had clear highlights of Cloud Control, Boy & Bear and a swab of the Killers. The album made me wait for the band's own voice to come through, so I'm thinking they may be a minor victim of the ''punters won't hear us if we're ourselves'' trap.
Fortaken: http://www.theage.com.au