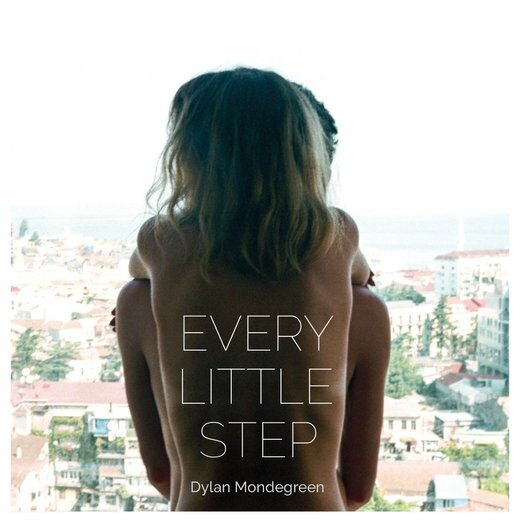 AllMusic Review by Tim Sendra; Score: ****
★  The third Dylan Mondegreen album was a career high point for the man behind the name, Norwegian singer/songwriter Børge Sildnes. The self–titled record’s warmth, easygoing melodic grace, and Sildnes’ lyrical insight, not to mention his honey–soft vocals, made it something really special. The follow–up, Every Little Step, is just as good, delving deeply into Sildnes’ feelings as a parent and adding some very sweet, very peaceful songs to his CV. Recorded simply and quickly, with nylon–string guitars leading a small combo playing softly as if trying not to wake children sleeping nearby, the album has a quiet homemade feeling that matches the vocals and subject matter very nicely. The occasional horn section, bubbling organ, or gentle electric piano flourish helps fill out the arrangements and keeps the album from getting too relaxed. There’s a nice, rollicking storyteller style that pops up a couple times, like on “Lost in a Song,” that’s very Belle and Sebastian–like and pleasant. As the record plays and the quality of the songs and performances never wavers, it’s easy to be impressed by the lack of pretension, the depth of real emotion, and the ease with which he can make or break a heart with a simple turn of phrase. Songs like the touching ballad “Every Little Step” and the lilting country–rock “Nothing Lasts Forever” will strike a chord with listeners whether they are parents or not. Following up such a fine album could have been a challenge too great to surmount, but Sildnes does it without breaking a sweat. •   It’s a wonderfully truthful and human record that serves as another compelling bit of evidence in favor of declaring Sildnes one of the best indie pop singer/songwriters around.
★  http://www.allmusic.com/
Bandcamp: https://dylanmondegreen.bandcamp.com/album/every-little-step