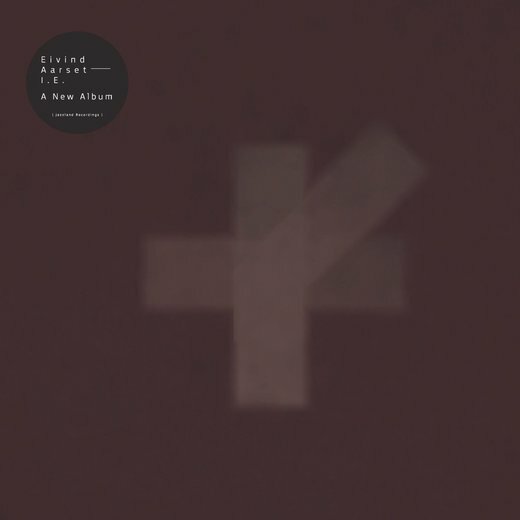 Eivind Aarset — I . E. (October 2nd, 2015)                                        ♦♦♦  Kytarista, který tímto albem vzbudil ve mne takové ocenění, že tento výkon považuji za referenční a vnímání už nikdy nebude takové, jak předtím, než jsem si ho vyslechl. Ani Fred Frith, Robert Fripp a Terje Rypdal nepředstavují tu kvalitu, kterou od této chvíle a v současné době od kytaristy/skladatele očekávám. Eivind Aarset je pro mne absolutní jedničkou. Album je ovšem naprosto nádherné, spoluhráči k tomu přispívají velkou měrou. Moje hodnocení je prakticky absolutní: *********¾ (B.T.) Eivind Aarset I.E. Finally my new album is ready... Based on experiences of the live lineup for the last five years, it has a rougher edge then most of my previous work; Audun Erlien: bass, Wetle Holte and Erland Dahlen: drums, percussion and a lot of other stuff, myself on guitar and electronics. But we also had the pleasure of working with Jan Bang (livesampling co–production) on most of the tracks, Lorenzo Esposito Fornaseri (vocals) on one track, Det norske blåse ensemble on a couple of tunes, Michele Rabbia (electronic treatments) on a couple of tunes, and finally Jan Galaga Brönnimann (contrabass clarinet) on two tracks. Bjarni Stensli has mixed the album, except one tune mixed by Tchad Blake. The album is mastered by Helge Sten, and the artwork is made by Ian Anderson from Designers republic.
♦♦♦  What do you use for looping?
♦♦♦  “I use the software looper in Live and control it with the Logidy and the nanoKONTROL. Normally I have three loops set up for recording, but each loop can have as many layers as I want, and the loops can be mixed differently and be of different lengths”. EA                                                       Born: 23 March 1961, Kolbotn, Oppegård, Akershus
Location: Norway
Album release: October 2nd, 2015
Record Label: Jazzland
Duration:     70:15
Tracks:
01. Rask      5:51
02. Sakte      7:49
03. Hidden/Feral      9:35
04. One and The Same      8:54
05. Wanderlust      12:32
06. They’ll Be Asked Nothing      7:22
07. One and The Same Again      3:00
08. Through Clogged Streets, Passed Rotten Buildings      12:13
09. Return To Her Home      2:59
♦♦♦   Norwegian guitarist Eivind Aarset is a musician who has succeeded in the difficult task of creating an immediately identifiable sound and marrying it to a will to investigate as many musical possibilities as he can find or imagine. ‘I.E.’ is his latest and arguably most accomplished album embodying these traits.
♦♦♦   The nine tracks that comprise the album are often diptychs or triptychs, structured with clear movements, shifting in tone, colour and mood. Some are divided and set as way markers. And none of this is new to Aarset, yet never has it been so clearly defined.
♦♦♦   The album's recording methods and locations have been varied in numerous ways, but the majority of the album was recorded live in the studio with the basic quartet (Aarset, keyboardist Audun Erlien, drummer/percussionists Wetle Holt and Erland Dahlen), then receiving additional overdubs (mainly from Aarset and a brass section, this latter having its arrangements created after the initial recordings). The effect upon the sound is energising, allowing a rawness to remain untouched.
♦♦♦   Aarset's guitar remains the dominant force throughout, but never overpowers the music as a whole. His endless skill in finding the right notes to play, whether in a sparse ambient environment or a chaotic crescendo of polyphonic revelry, is a marvel to behold. ‘I.E.’ marks yet another stride upwards in this remarkable musician's career.
Credits:
♦♦♦   Eivind Aarset is a guitarist with a unique musical vision that absorbs and reflects all manner of music while retaining an enviable individualism and high quality craftsmanship that can span from quiet intimacy to searing intensity. His debut as a bandleader on Jazzland Recordings was described by the New York Times as “One of the best post–Miles electric jazz albums,” setting a high benchmark that Aarset has consistently met and exceeded, both in the studio and in live performance.
As band leader:
♦♦♦   1998: Électronique Noire (Jazzland, EmArcy)
♦♦♦   2001: Light Extracts (Jazzland), within «Électronique Noire»
♦♦♦   2004: Connected (Jazzland)
♦♦♦   2007: Sonic Codex (Jazzland)
♦♦♦   2010: Live Extracts (Jazzland), within «The Sonic Codex Orchestra»
♦♦♦   2012: Dream Logic (ECM Records)
♦♦♦   2015: I.E. (Jazzland)
Website: http://www.eivindaarset.com/
INTERVIEW:
BY  BARRY CLEVELAND, December 1, 2010
♦♦♦   http://www.guitarplayer.com/miscellaneous/1139/eivind-aarset/13165
Label: http://www.jazzlandrec.com/