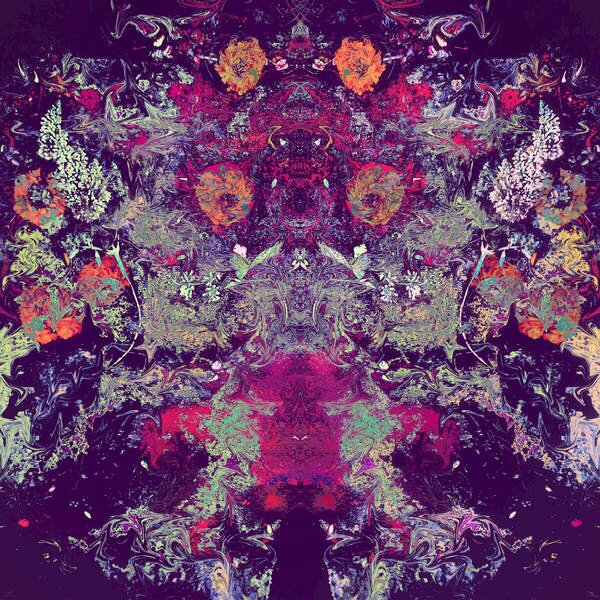 Review
By Laura Stanley, Published Oct 02, 2015;  Score: 8
♦   There’s something incredibly cute about Emilie Kahn sharing her band name with the name of her harp, Ogden. But to summarize the debut record from Emilie & Ogden as “cute” would be an extraordinary disservice — 10 000 is fierce. It’s a strike, about as twee as the 10,000 talons across the heart that Kahn sings of in her title track.
♦   An unavoidable result of beautifully playing the harp, Kahn’s powerful attitude is hidden by a soothing layer of instrumentation — paired with a soft folk soundscape and delicious harmonies, courtesy of band mates Dominic Lalonde and Francis Ledoux, 10 000 is a lush reverie — but underneath the album’s comforting exterior is the harsh truth. How Kahn handles this truth though is part of why 10 000 is so compelling.
♦   “I can play along like I can play this song for you while she’s getting you off,” sings Kahn on “White Lies,” the album’s centrepiece. With each word scorched by betrayal, Kahn is not tempted by nostalgia; rather, the staccato rhythm evokes determined steps forward. On opener “Blame,” Kahn removes the guilt and grief that sits on her shoulders and becomes more powerful with each repetition of the lyric “you’re to blame.” On “What Happened,” Kahn looks to the future and authoritatively delivers this powerhouse of a line: “Well, I am all done praying / I’d rather watch you burn and fade away.”
♦   Kahn’s assertiveness throughout, mixed with the equally powerful instrumentation, means that 10 000 exudes confidence. She’s unapologetic and ready to take on anything — and how freeing it all is. In “Hold Me Down,” Kahn says it plainly: “Though I’m sweet, don’t be deceived.” ♦   http://exclaim.ca/
Website: https://emilieandogden.com/
Twitter: https://twitter.com/emilieandogden
Facebook: https://www.facebook.com/Emilie-Ogden-353479198081862/

Artist Biography by Marcy Donelson
♦   With a feathery, jazzy voice that blends well with her chosen instrument, the harp, Emilie Kahn crafts highly melodic indie folk as Emilie & Ogden, with a gentle yet agile, offbeat style inspired by the likes of Feist and St. Vincent. The Montreal–based “duo” is named after Kahn and her harp, Ogden, who are typically accompanied by a band. A multi–instrumentalist, Kahn began studying music as a child, first on a hand–me–down flute, an instrument she continued until college, and eventually singing in local bands and taking up the harp. Her prior band, TEA (aka the Thanya, Emilie & Ali Band, with violinist/piano player Thanya Iyer and upright bassist Ali Levy), released a self–titled album in 2012. After self–releasing an eponymous EP as Emilie & Ogden in 2013, Kahn continued to perform live around Eastern Canada and New York, which included a slot at the 2015 Montreal Jazz Festival. She signed a record deal with Secret City Records, and her album, Ten Thousand, was slated for a fall 2015 release. 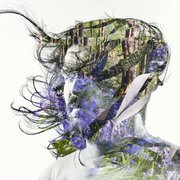