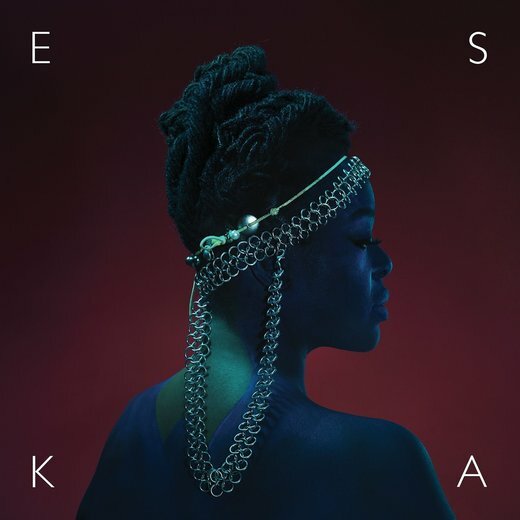 Location: Zimbabwe ~~  London, UK
Album release: 27 April 2015
Record Label: Naim Edge
Duration:
Tracks:
01. This Is How a Garden Grows     3:52
02. Gatekeeper     4:59
03. Rock of Ages     4:29
04. Boundaries     3:54
05. She's in the Flowers     3:10
06. Shades of Blue     4:04
07. Heroes & Villains      3:03
08. To Be Remembered     3:04
09. Dear Evelyn     2:01
10. So Long Eddy     2:41
Product Description
♦   ESKA is the most talked about, revered singer you've never heard of. Prepare to be let in on one of music's best kept secrets in 2015 when ESKA finally releases her self–titled debut album. Possessing one of the best and most memorable voices in the UK right now, ESKA weaves together diverse musical elements — hints of folk, soul, psychedelia and electronica and pairs them with stirring lyrics, born from burning passion. ESKA has created something pure and timeless which echoes past traditions while at the same time managing to surprise with its stunning originality. In the UK, ESKA's music has already created a buzz; receiving strong radio support from tastemakers such as Gilles Peterson, Lauren Laverne and John Kennedy. Her debut self–released EP, was heralded by global independent community Bandcamp in their 'Best Releases of 2013'. Having built an inimitable reputation as a writer and performer through collaborations with such legends of the game as Grace Jones, Cinematic Orchestra, Zero 7 and Bobby McFerrin together with performances in some of the world's most famous venues and festivals, its time to discover ESKA's own unique sound in full force. The self–titled debut album ESKA hosts production credits from cult British electronic artist Matthew Herbert (known for remixing Björk, R.E.M. and Yoko Ono), Louis 'slipperz' Hackett and Dave Okumu of The Invisible (previous winners of iTunes 'Album Of The Year' in the UK). ♦   (Amazon)  ♦
REVIEW
By Lyle Bignon, 27 April 2015;  Score: 7/10
♦   In an interview last year, the singer and multi–instrumentalist Eska Mtungwazi described an exchange with the composer and producer Matthew Herbert in which he had laid down the challenge for her to 'go away and write music that sounds like what it feels like for ESKA to be alive today.'
♦   Until recently, ESKA had made a living out of writing songs for others and appearing as a guest vocalist on tracks, working with breakbeat production heroes Stanton Warriors, celebrated British–Indian composer and songwriter Nitin Sawhney, Noughties chillout duo Zero 7, US vocal artist and arranger Bobby McFerrin and the Jamaican singer, model and Bond villain Grace Jones.
♦   Whilst such a varied list of clients and collaborators inevitably helped the Zimbabwe–born London resident in building up a solid reputation as a successful gun–for–hire, original material was slow to emerge. Finally, well over a decade since she first began to write and record, ESKA's self–titled full–length debut has arrived.
♦   After such a wait, with ten tracks averaging at around three and a half minutes and the first two having been available at least since 2012, the album could be deemed something of an undersized offering.
♦   But unwrapping the record reveals a collection of tightly packed delights; exceptional songs that grandstand the artist's lyrical prowess, outstanding musicianship and incredibly flexible voice, readily guided by Herbert (Bjork, Michachu, Roisin Murphy) in the producer's chair.
♦   Now steering a course somewhere between soul, folk, gospel, classical and blues, ESKA has bypassed the house, acid jazz and broken beat influences of her collaborative past. It's evident she's at her strongest and most comfortable when working with a more sensitive approach to instrumentation and arrangement — her various artistic idiosyncrasies have space to flourish; lilting and ululating notes and heavily accentuated delivery finding their way to the surface of most of tracks.
♦   Highlights include the stirring jazzy opener 'This Is How A Garden Grows', and lead single, 'Heroes & Villains', which sounds like a long–lost cut from a classic '70s soul reggae album. On 'Rock of Ages' and 'So Long Eddy', the suitably minimalist soundscapes enable a luxuriant and bright delivery for the singer, and the brilliantly ascending 'Boundaries' with its strains of guitar, brass and strings, sits well along the pop–funk of 'Shades Of Blue' and close harmonies of 'To Be Remembered'.
♦   The fact that materials accompanying the release carry a complimentary quote from British composer and singer Laura Mvula, is apt, as commonalities between the two artists’ approach to writing and arranging music are evident, along with shades of work by contemporaries Zara McFarlane, Ayo and Lianne La Havas.
♦   It’s a musical realisation that is well overdue, sure, but it’s also enchanting and graceful, featuring songcraft that other artists take two or three records to achieve. A great reward for years of work and patience, both for ESKA and for music. ♦   http://www.thefourohfive.com/
_____________________________________________________________ 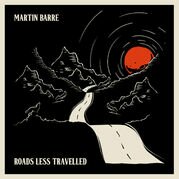