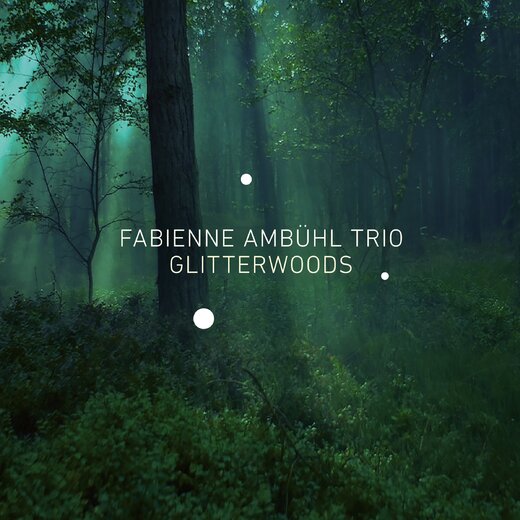 Location: Switzerland
Album release: March 20th, 2015
Record Label: Traumton
Duration:     54:59
Tracks:
01. Glitterwoods, Pt. 1      1:44
02. Glitterwoods, Pt. 2      3:42
03. Glitterwoods, Pt. 3      1:28
04. Hang On      3:56
05. Was      5:41
06. Oasis      5:00
07. Black Horses Suite      5:16
08. No Memories      3:33
09. Paths      3:55
10. Sea Son      6:07
11. Inchworms      6:01
12. While We Were Gone      5:01
13. Between Your Eyes      3:35
Personnel:
••  Fabienne Ambühl: piano, vocals
••  Yuri Goloubev: double bass
••  Asaf Sirkis: drums, hang
Credits:
••  All compositions and lyrics by Fabienne Ambühl except ”Hang on“ by Fabienne Ambühl and Yuri Goloubev
••  Published by Traumton Musikverlag
••  Recorded at Artesuono Recording Studio, Udine (Italy) by Stefano Amerio in December 2013
••  Track 7 recorded at Gabriel Recording Stalden (Switzerland) by Rolf Ambauen in December 2013
••  Mixed and mastered by Stefano Amerio at Artesuono Recording Studio, Udine (Italy) in February, 2014
REVIEW
••  “I like when a melody is easy to grasp”, Fabienne Ambühl says. “That’s why I tell myself, that it should sound a little more straightforward sometimes. But at the same time I love to experiment.” No wonder that the 28–year–old pianist and singer from Switzerland covers quite a broad spectrum on her album Glitterwoods. But in doing so, she exhibits substance and clear profile. Ambühl confidently explores lyrical depths and the beauty of breezy harmonies. With a keen sense for nuances she transcends melodic ideas, dresses these in finely detailed arrangements, which open space for her adept accompanists Asaf Sirkis (drums) and Yuri Goloubev (double bass).
••  Fabienne Ambühl’s unerringly dancing playing reveals multilayered experiences. Her attention was first drawn to the piano through a neighbor. “He played boogie and blues, which impressed me so much as a nine–year–old, that I also wanted to learn that, Ambühl remembers. “For four years she took classical lessons, then an extraordinary talent for improvisation was recognized in her and she switched to jazz. With fourteen I began playing in a big band, with which I later also recorded a CD”, Fabienne Ambühl delineates her juvenile experiences. During her studies in Luzern she played in the horn–driven soul–jazz octet “X–elle”. She completed her “Master of Arts in Music Performance Jazz” and then relocated to Copenhagen to deepen her love for singing at the Complete Vocal Institute. While steadily widening her horizon, Ambühl sharpened her artistic view as well; also on her own music. A couple of years ago she threw out a partially recorded album, ”because ultimately I wasn’t quite satisfied with it.”
••  Glitterwoods is all the more convincing now. Radiating, occasionally generous melody phrases alternate with rhythmically enthralling passages, imaginative motifs and a few onomatopoeic moments. Ambühl’s compositions are finely balanced and often full of energy anyway. Furthermore she exhibits secure intuition for atmospheres and intensity as a singer. With bell–like sound and variable expression she changes between a touch of melancholy and restrained euphoric moods. In the most expressive composition of the album, the three–part title piece, her singing first meanders in dark registers, to then abruptly shoot into high range.
••  With Asaf Sirkis and Yuri Goloubev, Ambühl has two strong partners at her side. Three years ago she got to know and learned to appreciate them during concerts they played together with the Marco Cortesi EU project. “Asaf has a special sense for musical form and likes to experiment with my compositions”, Ambühl rejoices, “and in Yuri’s playing I especially love his unique way of bowing the bass, which is elsewise rather uncommon in jazz.” Goloubev — originally Russian, now living in Italy — first called attention to himself as a Classical virtuoso (i.e. with Rostropowitsch, Gidon Kremer), then as a jazz player (Paulo Fresu, Michel Portal, Gilym Simcock). Sirkis on the other hand came from Israel to London and has delivered brilliant performance with Gilad Atzmon, in Tim Garland’s Lighthouse Project, as well as with his own productions. Also with Fabienne Ambühl the flexible drummer behaves sensitively at one moment, then at other times powerful with impellent grooves. In addition, he plays the sonorous Swiss steel drum “hang”.
••  Fabienne Ambühl combines a profound jazz mindset with romantic power of imagination to an unmistakable personal style. She loves Johannes Brahms and has listened to the early Brad Mehldau just as much as to Alan Pasqua. She calls the airy–fairy concept–pop musician Efterklang one of her favorites, just as much as various singer/songwriters. The pieces on Glitterwoods also reflect her back and forth between the alpine homeland and European metropolises. She likes staying in London for weeks at a time, but leaving Switzerland altogether is out of question. In the end she feels too strongly connected to nature, likes being with horses and is fascinated “by the silence and the atmospheres of the forest”. She actually once secluded herself to a village in the mountains for composing. This leaves no question about how the solo–played “Black Horses Suite” came about. “Sea Son” is also inspired by nature: “I was picturing the ocean, but not only its wide panorama. Until this day I like damming up little creeks in the mountains and watching how the water still wins in the end, by somehow winding its way around me.”
••  Ambühl enriches some pieces with poetic words, which seem more suggestive than narrative though. “I don’t write ‘songs’ in the classic sense. My lyrics are rather meant to support or intensify moods. Nonetheless, some composition is based on a sung melodic line. Maybe also, because I used to play saxophone before I started singing.”
••  Fabienne Ambühl’s music changes between deliberate reduction and emotional profoundness, between maturity and playfulness. The balance of the album matches her own attitude towards life she says, and tells of her imperturbable love for small things. “The piece ‘Inchworms’ sort of sprung from this sentiment”, the charming and equally smart musician laughs, “namely, that I like running off to save every little earthworm.”
Label: http://www.traumton.de/
Website: http://fabienneambuehl.com/
Contact:
_____________________________________________________________ 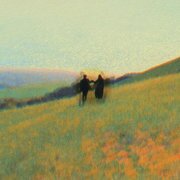