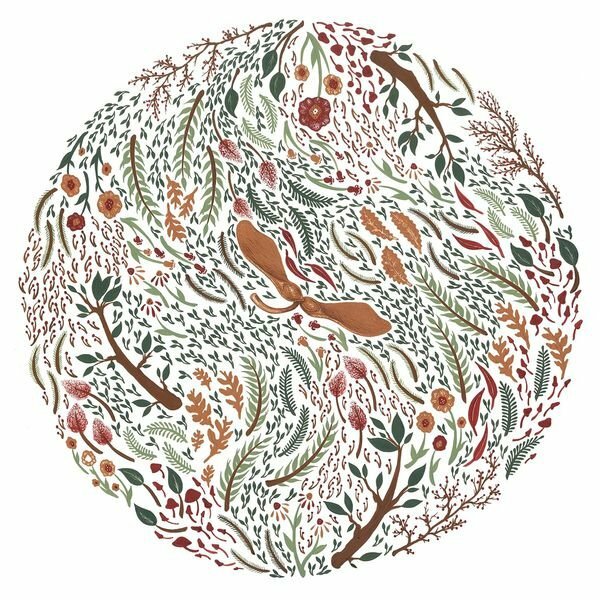 Funeral Advantage — Body Is Dead (August 28th, 2015)
♣   After two years, and multiple EPs and split releases, Funeral Advantage is finally here with a debut full–length album. Titled after the 10–minute long closing track, Body Is Dead serves as an excellent introduction to indie/ dream–pop of Tyler Kershaw, and an even better continuation of his past work. Following on the heels of his most popular release, in the split 7" with Former Ghosts, Body Is Dead incorporates many of the electronic and indie rock elements of that release, but infuses a deeper semblance of pop. This collection of 10 new songs is without a doubt the catchiest and dreamiest thus far. Body Is Dead will be released on August 28th, both digitally and on limited edition 12" vinyl.
♣   We're excited to be working with Disposable America and Miles Apart Records for the cassette release of Body Is Dead in the United States and Japan, respectively.
Location: Boston, Massachusetts
Album release: August 28th, 2015
Record Label: The Native Sound
Duration:     43:00
Tracks:
01. Equine      4:19
02. Sisters      3:56
03. Should Have Just      3:08
04. Gardensong      3:07
05. Back to Sleep      4:04
06. That's That      2:07
07. Cemetary Kiss      3:20
08. Then I'll Look      3:23
09. You Sat Alone      5:08
10. Body Is Dead      10:26
Credits:
♣   Written & recorded by Tyler Kershaw
♣   Additional vocals by Chelsea Figuerido
♣   Mixed & mastered by Ian Van Opijnen
♣   Painting/layout/design by Elizabeth Jean Younce
♣   Released on 12" record by The Native Sound (ltd. to 300)
♣   Released on cassette by Disposable America (ltd. to 100)
Review;  Score: 8/10
♣   The Native Sound’s, Funeral Advantage, released their new album last Friday before they tour down the east of the US at the end of this month. After many EP’s and split releases, this is Funeral Advantage’s long awaited debut record and certainly worth a listen — and you can listen to it on the Substream website now here.
♣   There’s an other worldly tendency to this record throughout, with a sound that really can only be created by him, with unique melodies and vocals that are gently laid on top of them that work together excellently — Sisters is one of those songs where all the good things on this record come together.
♣   Simplicity when it comes to the writing is clear, with some hooks and keeping it more about the melodies than the words and that’s no bad thing, it’s where Funeral Advantage’s strength is, with a real great talent with some very nice grooves that go on throughout the record. Tracks such as Back To Sleep really create a nice sound that will work so nicely live when he goes on tour in the near future, if you don’t tap your toe or nod your head to these tracks then I don’t know what album could.
♣   Funeral Advantage has created a very nice pop record with nice grooves and beats that work incredibly well together, and the use of a combination of vocals on tracks such as Then I’ll Look are perfect, and it continues to work throughout the record. There’s a lot of great things on this record and if you like bands such as Lydia, then you’ll love this record. Highlights for me on this record are You Sat Alone, That’s That and Back To Sleep — but this album is all very good, if not a little too familiar in places. • https://thinkinglyrically.wordpress.com/
Label: http://thenativesound.limitedrun.com/
Bandcamp: https://funeraladvantage.bandcamp.com/
Facebook: https://www.facebook.com/Funeraladvantagema
_____________________________________________________________