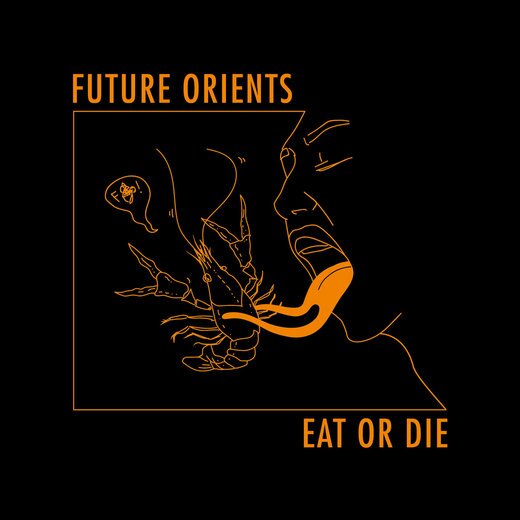 ★♦★   Future Orients is a new Chinese rock band from the Beijing label Maybe Mars, who’ve just finished recording their first album. Humbly self–described as just another ordinary four–man band, the group was born by chance when the four kindred spirits first met in a university dorm and discovered that they loved the same music. Their sound has been described as post–rock, post–punk, math rock, indie, and even dance — but guitarist Guo Zhen actually considers their sound to be more or less pop. ★♦★   Ultimately, he says, what they are aiming for is psychedelic disco, or just something with a beat that people could dance to.
★♦★   Future Orients  是一支中国的摇滚新乐队，隶属北京音乐厂牌  Maybe Mars，新近完成了他们第一张专辑的录制。谦称自己只是一支普通四人乐队，他们的组合可谓诞生于大学寝室的偶然，几个同样热爱音乐的年轻人因为志趣相投走到了一起。外界常将他们的风格归为后摇、后朋、数学摇滚、独立音乐，甚至舞曲——但是吉他手果真认为他们的作品其实差不多就是流行乐。他说，最终他们的目标是要做迷幻的士高，或者只是可用来跳舞的音乐。
Location: Beijing, China
Genre: Alternative, Indie Rock, Dance~punk
Album release: September 23, 2016
Record Label: Psychic Kong
Duration:     58:57
Tracks:
01. Up     5:35
02. Running     3:52
03. Motto     5:18
04. Lost     7:07
05. Deafness     8:21
06. Idol     3:58
07. Cave     10:42
08. Haze     7:04
09. Down     6:56
Personnel/Credits:
♦   Vocal and guitarist: Ayong
♦   Guitarist: Guo Zhen
♦   Bassist: Peng Chao
♦   Drummer: Zhang Yongguo
♦   Producer: Yang Haisong
♦   Recorded at Psychic Kong (Beijing)
★   “Eat or Die” marks the first official full length by Future Orients. The album name does not come from any particular story or experience. Instead, “Eat or Die” simply comes from the band’s collective appreciation for the feelings associated with the phrase. On one hand, it reflects the basic trifles in everyday life, but also considers the gravity of life and death itself. The two ideas take into account questions of life’s most natural struggles, but with an ever present sense of irony.
★   The album’s neat and succinct nature puts the band member’s chemistry on full display. The nine songs serve as a reflection of the work from the band’s earliest days up until the moments just before recording. While “Running” comes from the earliest stages of the band’s history, “Haze” came to fruition right before their time in the studio. The difference in styles highlights the band’s unceasing growth and development and continuous drive to explore. Future Orients favors strong melodies and smooth progressions, but the music never becomes conventional. They instead find their own unexplored territory to straddle the edges of fierce and strange.
★   With their debut full length, Future Orients have created a youthful and genuine piece. So as for whether its really time to eat or time to die, this band couldn’t care less.
Maybe Mars: http://downloads.maybemars.org/album/eat-or-die
Bandcamp: https://futureorients.bandcamp.com/album/eat-or-die
Facebook: https://www.facebook.com/futureorients
Neo Cha: http://neocha.com/magazine/future-orients/
★★★★★★♦★★★★★★★♦★★★★★★★♦★★★★★★★♦★★★★★★★♦★★★★★★★♦★