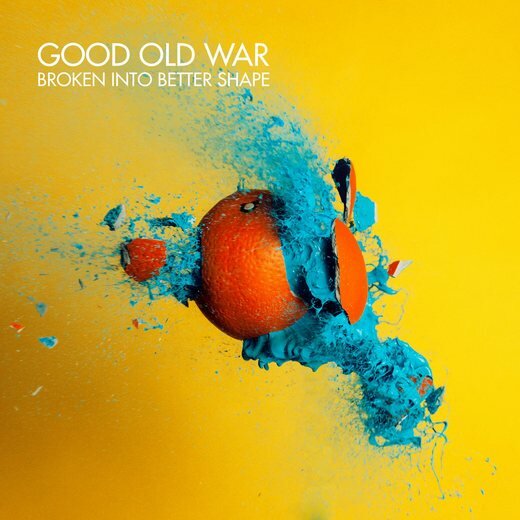 Editorial Reviews
Ξ   Good Old War release their fourth studio album and first on Nettwerk Records, Broken Into Better Shape. Produced by Jason Lehning (Mat Kearney, Dolly Parton), and featuring lead single “Tell Me What You Want From Me,” it follows critically acclaimed Come Back As Rain, which debuted at #1 on Billboard's Heatseekers, and led to national TV performances on Jimmy Kimmel Live! & Conan. Good Old War has earned the loyalty of an ever–expanding fan base thanks to their captivating live shows touring along side a diverse group of artists including Alison Krauss, Guster, Brandi Carlisle and Dr. Dog.

© Photo credit: SHANE TIMM
REVIEW
BY LEE ZIMMERMAN, 29 June 2015;  Score: 7
Ξ   DESPITE THEIR SEEMINGLY INEXPLICABLE HANDLE, GOOD OLD WAR PROVES TO BE ANYTHING BUT BELLIGERENT.
Ξ   Despite their seemingly inexplicable handle, Good Old War proves to be anything but belligerent on this, their fourth long player since their formation some five years ago. While regret and remorse play an integral role in the alt rock pastiche these days, Good Old War prove they’re more than capable of tempering their angst with the right amount of melody and catchy hooks to effectively mute any sense of urgency or indifference. Consequently, Broken Into Better Shape proves true to its title, resulting in the band’s most accessible effort yet and one that just might jettison them into prime time popularity.
Ξ   Coming on the heels of the duo’s last album, the critically lauded Come Back As Rain, the heightened accessibility factor that accompanies the new album seems especially fortuitous. Although they’re clearly associated with the cooler realms of the alternative scene, it’s clear that the two men who co–helm Good Old War — specifically, singer/songwriters Keith Goodwin and Dan Schwartz — have never been content to marginalise their music to any great degree. Individually, they may be quirky; according to their bio, Goodwin “owns a cat named King and a dog named Jet…” (and) “writes at the very least an idea for a song each day and is known for unique stage dancing”, while Schwartz is described as “a music–obsessed Sagittarius with a bike riding habit the size of Philadelphia…”
Ξ   Those traits hardly prepare anyone unaware for the unusually infectious sound Broken Into Better Shape provides. There’s nothing especially odd or off–kilter tossed into the mix here, and indeed, given the presence of veteran producer Jason Lehning, the tone is slightly more refined. To the contrary, most of the music is of the decidedly upbeat variety. Aside from opening track “Tell Me What You Want From Me” (the most apparent example of a slacker anthem) the rest of the offerings are chipper to the point of actually being quite effusive. “Small World”, “Broken Into Better Shape”, “Broken Record”, and, surprisingly, “Dark Days” sound celebratory in their unabashedly breathless enthusiasm. That’s not to say there’s aren’t moments of respite; the gentle and genteel “Don’t Forget” gives the album a subtle send–off, while the ache that permeates “One More Time” is so well pronounced, it’s all but unavoidable. Yet for every song like “I’m the One” and its litany of ills (“I made a mistake / I shouldn’t have made / I’m waiting at the back door / Standing in the rain”), there’s another like “Fly Away” which counters with a shimmering, affirmative embrace (“It’s alright, it’s alright, it’s alright, it’s alright”).
Ξ   What ultimately emerges here is a set of songs that speaks to both optimism and setbacks in equal measure, echoing the changes that occur normally in life over the course of time. It’s the promise that prevails, a hopeful sense that keeps one from leaping off the nearest bridge whenever there’s an obstacle or a turn for the worse. That then may be the real meaning behind Broken Into Better Shape, the musical equivalent of making lemonade from lemons. Thankfully, the effect is every bit as sweet. Ξ   http://www.popmatters.com/
AllMusic Review by James Christopher Monger;  Score: ***
Ξ   The Philly–based indie pop duo makes a bid for commercial glory on its fourth studio long–player, the airtight, hook–filled, and heartfelt Broken Into Better Shape. Ξ   Good Old War have always been a radio–driven band, seamlessly blending roots rock, power pop, and indie folk into taut, perfectly sweetened retro–pop confections, but rarely have they sounded so strident in their wooing of the mainstream. Opener "Tell Me What You Want from Me," with its relatable down–but–not–out lyrics, easy alt–pop gallop, and Lumineers–inspired group vocals, sets the stage for a smartly paced ten–track set that feels tailor–made to accompany dramedy movie trailers, automobile and insurance commercials, and slow–mo reality show montages. As has been the case on the group's prior outings, Keith Goodwin and Daniel Schwartz's effortless harmonies and practiced pop instincts serve as the glue that keeps everything from going into diabetic shock, and standout cuts like the electro–tinged "Never Gonna See Me Cry," the Vampire Weekend–meets–They Might Be Giants road trip rocker "Broken Record," and the aforementioned "Tell Me What You Want from Me," deliver hook after hook with pure glee. That lack of pretension is ultimately what saves the LP from some of its more saccharine moments, like the jam band funk clunker "I'm the One," the cliché–ridden "Fly Away," and the equally rote, big–moment title track, the latter two of which would have benefited from American Idol not having been canceled. With Broken Into Better Shape, Good Old War have proven that they have the industry–savvy chops to secure some of the same chart space as contemporaries like Fun., Walk the Moon, and Mumford & Sons, but in their quest for a seat at the table, they may have lost a little of the spice that made them so appealing in the first place.
Ξ   http://www.allmusic.com/
Website: http://www.goodoldwar.com/
Facebook: https://www.facebook.com/GoodOldWar 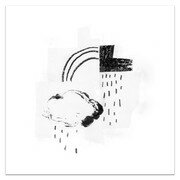