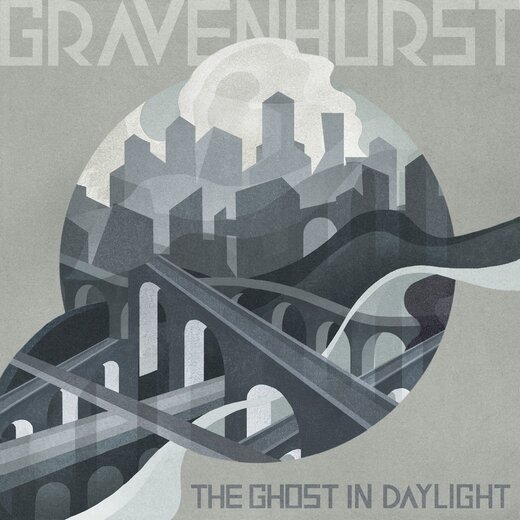 ¶  Producer and general all-rounder Nick Talbot has been hanging around on the peripheries in the guise of his band Gravenhurst for some time now. The Ghost In Daylight is his sixth album and it adds further support to the notion that Talbot is not one to do anything other than plough his own singular furrow. Nor is he one to rest on past glories. Eschewing the rockier elements or the more pointedly obvious post-rock influences of some of his earlier work, The Ghost In Daylight is practically an ambient-folk affair. Rarely has an album been so accurately titled; many of these compositions are barely even there. They register in an opaque fashion, shimmering gently on the boundaries of existence. The moment they jump into focus they disappear in a miasma of mystery.
¶  The spindly guitar work of Circadian opens the album in tender fashion. Talbot’s vocals occupy that barely conscious style frequently adopted by the shoegaze fraternity. Bizarrely it calls to mind Tiny Monroe’s Cream Bun, but before any concrete association can be made it segues into a quite dramatic stand off between chaotic noise and an ephemeral choir. Ordinarily the seething feedback would be fancied to come out on top, but in this instance, it’s the haunting melody that lodges itself firmly in the consciousness.
¶  Gravenhurst’s music normally takes a bit of time to get under the skin, but following Circadian with The Prize, Talbot seems to be fairly eager to make a quick impression. Channelling early Britpop (and in particular Radiohead’s High And Dry and The Verve’s occasional bombast), The Prize is surprisingly affecting, but it’s not until the midpoint that it really packs a punch. Moving from a gentle acoustic strum to a string laden epiphany complete with urgent drums and a truly emotive chord sequence, The Prize is an early high point that demands attention.
¶  It’s not long before Gravenhurst heads back into the shadows. In the immediate aftermath of The Prize, Fitzrovia makes sure that Talbot is once again obscured by some masterfully orchestrated atmospherics before ebbing out towards a disturbed silence populated only by a brooding guitar and a threatening echo. It would be dreamy if it weren’t also utterly terrifying.
¶  The basic electro mood piece Islands is not quite as deft as Fitzrovia and represents something of an over indulgence. Certainly it captures a lilting ambient tone effectively enough thanks to Talbot’s wispy presence and an incessant bass figure, but the tin-pot nature of the drum machine at the heart of this song means that its hypnotic advances are easy to keep at bay – a pity, when being swept away is the preferable option. The Foundry taps into Talbot’s rather disturbing world view as he conjures up images of wolves chasing a whitetail through the snow, ashes on trees and the buzz of holding a gun. Ordinarily Gravenhurst hide such imagery behind curtains of beautiful music, but in this instance even the delicate guitars are in danger of being swamped by seething, unsettling feedback. “You won’t know where evil comes, evil looks just like anyone” Talbot whispers, but the indicators are all firmly in place. It’s lurking just beneath the surface.
¶  Towards the end of the album things tail off a little. The sparse guitar of Peacock does little to engage, while The Ghost Of St Paul doesn’t quite hit the same emotional heights of The Foundry or Fitzrovia, which may in part be down to Talbot stepping out of the shadows and singing in a clean high registered voice. Fortunately, the basic folk of Three Fires returns the album to unsettling territory as Talbot recounts a quite detailed act of arson. The closing refrain of “all is quiet turn the key, burn the house down” lingers long after the record comes to an end and provides a fitting end to Gravenhurst’s most solid and unsettling work to date.
Biography by Heather Phares
¶  Making music equally inspired by the British folk of Fairport Convention and Bert Jansch and the volatile, textural rock of My Bloody Valentine, Gravenhurst is the brainchild of singer/multi-instrumentalist Nick Talbot. In the mid-'90s, Talbot was so taken with the dream pop movement that he moved to Bristol, home to some of the style's most visionary bands, including Third Eye Foundation and Flying Saucer Attack. His own band, Assembly Communications, mined a similarly experimental, ethereal vein and attracted some label attention before one of Talbot's bandmembers was killed when a car hit him as he was riding his bike. Though the band tried to continue in spite of this loss, in 1999, Assembly Communications disbanded. Over the next few years, Talbot worked through his grief by founding his own label, Silent Age, and focusing on his own music. Gravenhurst's first album, 2002's Internal Travels, concentrated on simple but meticulous acoustic guitar work coupled with lyrics inspired by murder ballads, with just a hint of the atmospheric sound of Assembly Communications adding to the songs' haunting beauty. The following year, Talbot released the more elaborate, fuller-sounding Flashlight Seasons, which attracted the attention of Warp Records, who signed Gravenhurst and re-released the album early in 2004. Later that year, the mini-album Black Holes in the Sand -- which featured a quietly chilling version of Hüsker Dü's "Diane" -- became Gravenhurst's first original release for the label. 2005's single The Velvet Cell and full-length Fires in Distant Buildings were Talbot's most fully fleshed-out works yet, incorporating not only folk and electronica, but heavy, fuzzed-out electric guitars and chugging, Krautrock-influenced rhythms as well. Gravenhurst supported labelmates Broadcast on their 2005 U.S. tour. The band's excellent 2007 album The Western Lands leaned more toward the space rock and shoegaze side of their sound. 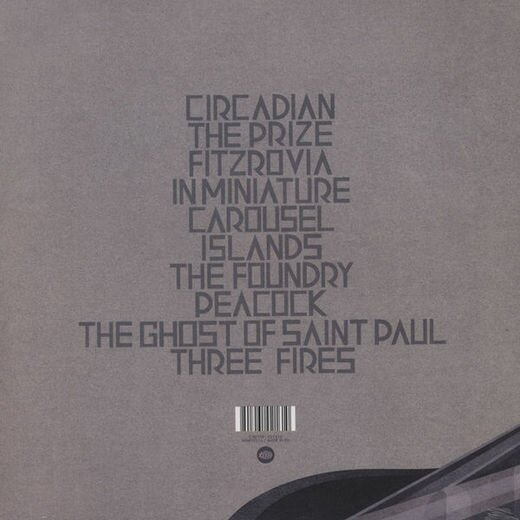