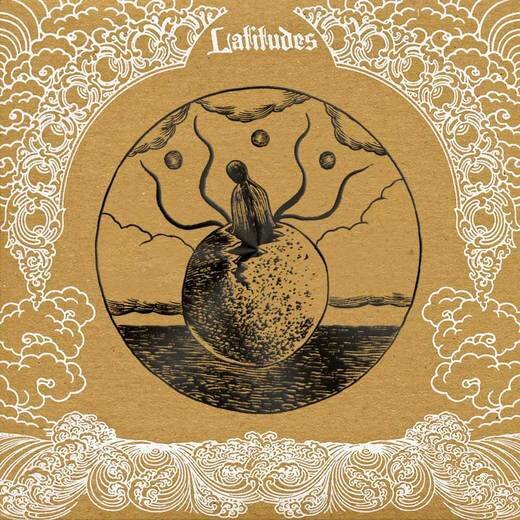 Grumbling Fur — Alice EP
Location: London, England
Album release: Monday 28 May, 2012
Record Label: Southern Records
Duration:     17:47
Tracks:
1. Wylderness Waiting     7:00
2. Solar Nights & Rainwater     6:23
3. Huthering Whites     4:24
¶  3 tracks, 17:47 minutes.  Exclusive recording from Grumbling Fur: Daniel O'Sullivan (Mothlite, Guapo, Aethenor, Ulver, SunnO))) and Alexander Tucker.  Limited edition of 500 LPs on 180gm green vinyl in foil-blocked letter-pressed die-cut sleeve.  Also available on CD.
Review by Andrew Brown  /  Rating: 8/10
¶  Southern Records release another fine Latitudes Sessions record; this time it’s the turn of Grumbling Fur. They are a collective of underground musicians including Alexander Tucker and Daniel O’Sullivan (Guapo/Miasma & the Carousel of Headless Horses). Tucker has collaborated with a number of musicians over his prolific career including Sunn0))) noise-maker Stephen O’Malley but this is a different beast altogether. Alice follows on from last year’s well-received debut LP Furrier and is a rather fantastic listen.
¶  ‘Wylderness Waiting’ sounds like Brian Eno circa Taking Tiger Mountain (By Strategy) or a Beta Band 7in slowed down to 33rpm. It’s a darkly thrilling piece of music, full of quiet dangers and the possibilities of the night-time as they chant, …”Antennas resonating, wilderness waiting for you”. ‘Solar Nights & Rainwater’ creaks like wooden beams on an abandoned log-cabin as a lonesome piano and distant ethereal harmonies conjure up a rather beautiful sonic collage. As you may have picked up, Alice is very much a record for late at night (although I’m listening to it in the baking sun and it still sounds ace).
¶  ‘Huthering Whites’ (geddit!?) borrows the twinkling piano from Kate Bush’s ‘Wuthering Heights’ and adds violins and a distant echoing production to stunning effect. It winds up what might well just be one of the finest records I’ve heard this year. As with most of the Latitudes Sessions, it’s fairly short and fairly limited but Alice is well worth your time. Just under 20 minutes of music which recalls but never directly imitates Robert Wyatt, Brian Eno, The Beta Band and Kate Bush. Experimental, beautiful and unique; Alice is a record you can’t afford to miss.

Partners in crime:
¶  Daniel O’Sullivan (Guapo, Mothlite, Miasma & the Carousel of Headless Horses, Æthenor, live Sunn O))), etc.)
¶  David J. Smith (Guapo, The Stargazer’s Assistant, Amal Gamal Ensemble, etc.)
¶  Antti Uusimaki (Mothlite, PANIC DHH)
¶  Alexander Tucker (solo, Ginnungagap, etc.)
¶  Jussi Lehtisalo (Circle)
¶  Arrtu
»»  Their debut album Furrier was released on Aurora Borealis Records.
Fortaken: http://soundblab.com/content/content/view/id/4657 // MySpace: http://www.myspace.com/danielohsullivan
From the liner notes:
»»  When the Grumbling Fur album "Furrier" finally stumbled out of its mossy cavern, its effect was as mercurial as a half baked troll could be: its 'supergroup' alumni having forged a surprisingly coherent beast beneath the narcotic haze and warm fugue.Ever on the pulse, the Latitudes curators fired out an invite immediately, with very little expectation of a concrete result - This was a group whose members defined the word prolific - Mainstay Daniel O'Sullivan himself had at least four bands on the go at the time. Still, we're nothing if not hopeful.Lo and behold, The Fur came back with not only a confirmation, but the tantalising prospect of a new sound - more focussed and stripped back - the (now) duo of O'Sullivan and Tucker's more 'pop' sensibilities coming to the fore. The studio was booked.  The results are stellar. As soon as the loping breakbeat and pentatonic piano run of "Wylderness Waiting" kicked in, we knew The Fur had created something very special on our behalf - the extra space and minimal approach providing a wonderful backdrop to Alex and Daniel's instantly recognisable lyrical harmonies.
»»  We are very grateful.

»»  Next up the line up had somewhat changed with Haxan Cloak unable to make it and Alexander Tucker, well actually I'm not sure what happened.  I was told Alexander Tucker was unable to play, but then Grumbling Fur played who Alexander Tucker is part of so your guess is as good as mine.  Music like Grumbling Fur needs to be listened (read 'absorbed') at home on headphones, or in the seated comfort of an auditorium or concert hall.  Whilst on another night and at a different venue I would have happily sat back and enjoyed their chilled tunes, sandwiched between Necro and Altar they were mismatched and out of place.
Fortaken: http://www.metalgigs.co.uk 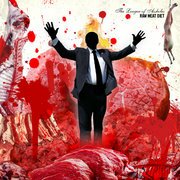