Guided By Voices «» Class Clown Spots A UFO
Location: Dayton, Ohio
Album release: June 12, 2012
Record Label: Guided by Voices Inc. / Fire Records (UK)
Runtime:    39:43
Tracklist:
01. He Rises! (Our Union Bellboy)     3:01
02. Blue Babbleships Bay     1:18
03. Forever Until It Breaks     3:16
04. Class Clown Spots A UFO     3:17
05. Chain To The Moon     1:00
06. Hang Up And Try Again     2:15
07. Keep It In Motion     2:06
08. Tyson's High School     2:35
09. They And Them     1:09
10. Fighter Pilot     1:00
11. Roll Of The Dice, Kick In The Head     0:46
12. Billy Wire     2:03
13. Worm w/ 7 Broken Hearts     0:50
14. Starfire     1:26
15. Jon The Croc     2:32
16. Fly Baby     1:42
17. All Of This Will Go     1:46
18. The Opposite Continues     1:37
19. Be Impeccable     2:56
20. Lost In Space     0:51
21. No Transmission     2:18
Members:
≡ Robert Pollard
≡ Tobin Sprout
≡ Mitch Mitchell
≡ Kevin Fennell
≡ Greg Demos
Past members: Jim Pollard, Nate Farley, Doug Gillard, Kevin March, Tim Tobias, Jim Macpherson, Dan Toohey, James Greer, Don Thrasher, Chris Slusarenko, Jon McCann,
Paul Comstock
Description:
≡ The new Guided by Voices album is the best thing the band has recorded since the last album by the legendary Dayton, Ohio, rockers. That’s not meant facetiously: the last thing Guided by Voices did was the rapturously received Let’s Go Eat the Factory, and Class Clown Spots a UFO ups the ante raised by that stellar effort, both in terms of recording fidelity (boring!) and songcraft (not boring!) One could argue there’s more depth and variety here than on Alien Lanes, that there are better songs here than on Bee Thousand, but that’s an argument no one’s ever going to win, at least definitively. And this album is a win, by any definition.
≡ Class Clown is classic GBV, starting with the head-body-head combination of “He Rises (Our Union Bellboy),” “Blue Babbleship Bay,” and “Forever Until It Breaks” before finishing you off with the title track, a ridiculously catchy, melodically complex, shot-through-with-melancholia song that serves as a sadder and wiser riposte to XTC’s “Making Plans for Nigel” as performed by The Hollies.
And that’s just the first four songs of a 21-track album clocking in at just under 40 minutes. We’ve yet to get to “Keep It in Motion,” a propulsive, drum-machine-driven pop song which features acoustic guitars, strings, and Robert Pollard and Tobin Sprout singing together in a way not heard since “14 Cheerleader Coldfront” on 1992’s Propeller. Possibly. Nor have we discussed galvanic rocker “Jon the Croc,” a clear single candidate, or “Chain to the Moon,” one of the saddest and (why not?) prettiest songs Pollard has ever written.
≡ In between, you get wah-wah guitar solos, a wide range of unusual recording techniques of varying fidelity and a generous helping of Alien Lanes-style snippets. In fact, the sequencing of Class Clown hearkens back to that landmark LP—as on Alien Lanes, songs bleed into each other, fade-outs segue into fade-ins, short bursts of melodic rock (“Billy Wire,” “Roll of the Dice, Kick in the Head”) jut against somber chamber pop (“They and Them,” “Starfire”). The last song, the anthemic “No Transmission,” if played at the proper volume, will in fact blow your mind (and your windows).
≡ Class Clown Spots a UFO arrives in June, and we might as well tell you the band is about to finish their third record since reuniting, because you’ll find out sooner or later. Bears for Lunch is due in late November. But for now, enjoy the best thing since the last thing and until the next thing after that.
REVIEW:
David Mansdorf June 10, 2012   Rating: 4.25/5

≡ The reformation of Guided by Voices’ mid-’90s “classic” lineup has been one of the highlights in what has been an otherwise mundane start to the ‘10s for indie-rock. Regardless of how good the music this reformation produces will be, simply knowing that Robert Pollard and his old-time Dayton cohorts (Tobin Sprout, Greg Demos, Kevin Fennell and Mitch Mitchell) are making new music and playing shows (all while drinking copious amounts of beer) makes the rock world a better place.
≡ The first album from the reunited lineup, titled Let’s Go Eat the Factory, was a tentative gesture at best, suggesting that perhaps some rust had set in over the 15 years since they had last made an album together, despite the fact they all had remained active in other musical projects during that time. The album only contained a handful of GBV classics, but looking past the weaker material, the band’s freewheeling attitude and love of lo-fi warts-and-all recordings were thankfully both completely intact. Released just six months after Let’s Go Eat the Factory, Class Clown Spots a UFO is a major leap forward in terms of both songwriting and performances. The album sports 21 songs, yet clocks in at a slender 40 minutes so there’s no opportunity to get bored – not that anyone who‘s picked up a Guided By Voices album has ever lodged that complaint. Within that sprawling, but well sequenced, song selection the band strike up a balance between Pollard’s songs which, whether rocker or ballad, are always bursting at the seams with personality, and Sprout’s more introverted indie-pop creations.
≡ Class Clown begins rather perfectly with “He Rises!(Our Union Bellboy)”, a hard hitting slice of Who-inspired “big rock” done in GBV’s own uniquely tuneful way. The title track, which has been kicking around in the Pollard songbook since the late-’80s when it was known as “Crocker’s Favorite Song” (which can be heard on the rarities collection King Shit and the Golden Boys), is another winner and I wouldn’t be surprised to find it on future Guided by Voices compilations. For me, however, the back half of the album is where the band really comes alive, picking up right where mid-’90s classics Bee Thousand and Alien Lanes left off. “Roll Of The Dice, Kick In The Head” is a strong punchy rocker that clocks in at an all too brief (yet totally fitting for GBV) 46 seconds. Reduced to just Pollard’s voice and a guitar, the album strikes a surprisingly tender note on “Be Impeccable” whose chorus of “Be what you are/ Be impeccable/ The untrackable star/ I’ll shine my flashlight to where you are.” is the kind of obtuse-yet-meaningful lyrical gold that only Pollard could have come up with.
≡ The album comes to a close with a pounding psychedelic rocker “No Transmission” which seals the deal once and for all: GBV are back and in top form. The guys in the band may all be over 50, but they’re still putting bands half their age to shame with killer tunes and boundless creativity. The best part is that they’ve already got a third album ready to go for later this year called Bears For Lunch. As the band themselves said on “A Salty Salute” (the opening track from 1995’s Alien Lanes), “the club is open.” 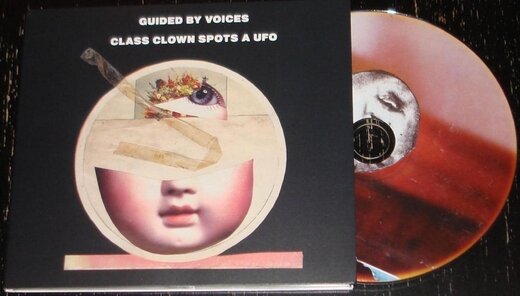 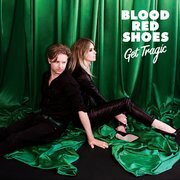