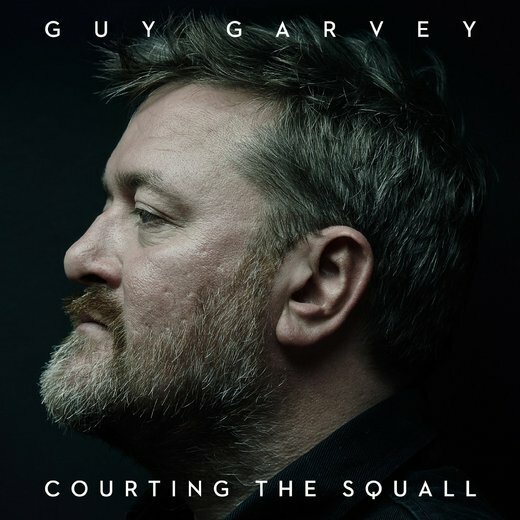 Review
Luke Beardsworth October 28th, 2015;  Score: 8
•   When someone like Guy Garvey decides what he really needs to do is make a solo album, you can’t help but look at the context. Firstly, Courting the Squall isn’t really a solo album — Garvey has surrounded himself with his favourite musicians in the world that aren’t a part of Elbow. On top of that, Elbow have arguably suffered from diminishing returns since the rocket of The Seldom Seen Kid and their latest album, The Take Off And Landing of Everything, is arguably their weakest yet. Sure it has ‘My Sad Captains’, but it neglects what makes them so great in favour of lengthy tracks that, while in some ways beautiful, actually take the momentum away from their live show.
•   ‘Angela’s Eyes’ is the first track we heard from Garvey and it opens the record. It sees him as witty as ever in a track that recalls early Elbow and with a tempo that nods back to finer moments such as ‘Grounds for Divorce’. This is more like it, most listeners nod to themselves. He rips through lyrics like: “And no sign from the Zodiac (no, no, no, no) And I want my fuckin’ money back” before a chorus gives way to a refrain that will blow audiences away. It’s one hell of an opening statement.
•   ‘Courting the Squall’ is all the more recognisable for the contrast given to it by the opener. It’s a classic Elbow track, all high chorus, Garvey insight and gorgeous piano. •   The same descriptions can be applied to ‘Harder Edges’ early on but by the end it’s descended into pure swing. As the brass section has all the fun in the background, it breaths new life into the sound of Garvey’s vocals and they become infectious and fun for the first time in years.
•   ‘Unwind’ takes us into the middle point of the album and is fittingly a little bit of respite, stripping back the layers established on ‘Harder Edges’. Garvey asks: “Can we find the trust we need, just to unwind?” and he sounds at his most fragile, something he hasn’t been in some time on a largely uplifting Elbow recent discography. Lyrically, it’s some of his strongest work in years. Deep breaths, clenched fists, ‘Juggernaut’ is next and is much more relaxed than the title suggests. There’s a sequence of piano chords that sounds similar to something Elbow would do and yet you know they wouldn’t for reasons I can’t put my finger on. Something about it just sticks out like the mildest of sore thumbs.
•   Then comes ‘Yesterday’ which again feels like a departure but somehow familiar. •   The piano stabs feel completely Elbow while the rhythm and vocal melody like something utterly new. No surprises that the lyrics stand out again. The chorus stands out and is screaming to be performed in front of huge crowds. The real plaudits should be saved for an outro as the music strips back dramatically Garvey sings: “I am reborn because my girl loves yesterday and lives for tomorrow.”
•   ‘Electricity’ comes through like a soundtrack to a film that features Garvey stumbling lovesick through the bars of a rainy city. The female vocalist who lends herself to the track and duets with Garvey makes you wonder why he hasn’t experimented more in this way. It’s also the track that arguably sums up the album best. Lovesick, weary and oddly unable to find that huge chorus in the vein of ‘Open Arms’ and ‘My Sad Captains’ to drag the mood out of the gutter.
•   ‘Belly of a Whale’ is one of the more unique songs on the album. Garvey is all spoken word rather than the melody that he inflicts upon everything including his usual conversational tone. As with ‘Harder Edges’, the brass section takes control of the track and as such this and the aforementioned really stand out on the record.
•   Penultimate track ‘Broken Bottles and Chandeliers’ is subdued one again as he sings that “the stars do that thing that they do”. Between this and closer ‘Three Bells’ it’s a somewhat mellow and relaxed end to the album which, if you’ve been following, should come as no surprise. If not, what did you expect, ‘One Day Like This’?
•   When I heard ‘Return to the Moon’ by El Vy, I wondered why it wasn’t a National track. Sure it was upbeat but it didn’t deviate a great deal and could have been wonderful for them. Then I heard the rest of their material and it was apparent they were really trying something new. That initial feeling happened with ‘Angela’s Eyes’ here but there was no moment where it all made sense as to why Courting the Squall is part of a side–project. There are differences and quirks and I can’t pretend to know the details of Elbow’s songwriting process but it seems a shame some of these tracks won’t get an airing on the huge stage that band commands.
•   One thing I can say with certainty is that this is the best album Garvey has worked on since The Seldom Seen Kid. If all he needed to reach this point again was to surround himself with fresh people to work with then that’s enough reason to work as a solo project, even if the end result still sounds like a brilliant Elbow record.
•  http://drownedinsound.com/

Website: http://www.guygarvey.com/
Elbow: http://elbow.co.uk/
Facebook: https://www.facebook.com/Elbow
Twitter: https://twitter.com/elbow
Review
By Dylan Llewellyn–Nunes, Live4ever — Posted on 12 Oct 2015 at 6:31am
•   The worry with distinctive artists, ones so synonymous and central to a band, is that anything released in a solo capacity will usually be merely for the completist, with expectations of it either being a sub–par trudge through what they are already known for, or some bizarre piece of insanity that makes no sense at all.
•   And then there’s Guy Garvey . A man who has made a career, not just with Elbow but with every aspect of his life, in working to his own set of rules. For Garvey, it seems, there is actually another purpose for such a solo album, and that is to make a truly profound statement.
•   What is he saying? Something fascinating, something different, something very personal. This is Garvey’s voice, not a collaboration or the coming together of like minds, but a series of personal notes being shared. It’s a series of experiences Garvey has held dear to himself and has now decided to share, ones that had to be said in his own personal voice and style.
•   Central to doing this is the rhythms, with many of the tracks built almost entirely around them. And it’s this approach, this new rhythmic urgency, that changes the dynamic and tone of what Garvey is attempting so dramatically. This isn’t some completists curio, this is Garvey at his most hungry and raw, and that is always essential.
•   These are sparse and simple tracks built around simple motifs and Garvey’s intrinsically warm vocals and lyricism. Little vignettes of life and love, bottled for eternity.
•   On ‘Harder Edges‘ Garvey produces a challenging yet simple, beautiful tone, which is a trick that he alone seems to be able to master. This is echoed on ‘Yesterday‘, with its brooding, dramatic but, more importantly, compelling flourishes that are never obvious or contrived. It’s no fluke, time and time again, no matter what he’s attempting, he achieves.
•   ‘Electricity‘ is jazz, which no one could see coming, but yes it is still jazz, and what’s more it’s beautiful and right, while ‘Belly Of The Whale‘ is Garvey’s take on Prince ’s early 80’s proto–funk, equipped with its own breakbeat and, what’s more, it’s every bit as funky.
•   The overall effect is beguiling, like a modern musical equivalent of a 1960’s kitchen sink drama — telling tales of a life that has been lived, familiar though not the same. •   It’s these shared emotions and universal themes, spoken in such plain terms to its audience, that make this record so successful.
•   Never more so than on its two stand out tracks, opener ‘Angela’s Eyes‘ and what should be the records closer, ‘Broken Bottles and Chandeliers‘. Although both are markedly different in almost every way, they both stand steadfast in what they are trying to achieve; ‘Angela’s Eyes’ aggression and ‘Broken Bottles’ beauty and soul all speaking of Garvey’s frustrations and passions.
•   It’s such compelling contrasts as these that make this record a success. Garvey manages to achieve real resonance through pushing his ideas to their most extreme conclusions. Following the idea to its very end, no matter where that leads, and telling these tales with real passion and honesty, in doing so creating something of real beauty and worth.
•   On ‘Angela’s Eyes’ he spits: “I don’t want my fucking money back” into the void, and it’s a sentiment you can’t disagree with. This is no token, curio, or side project. This is Guy Garvey , and this is beautiful and primal. 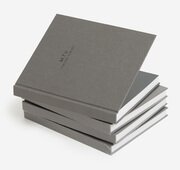