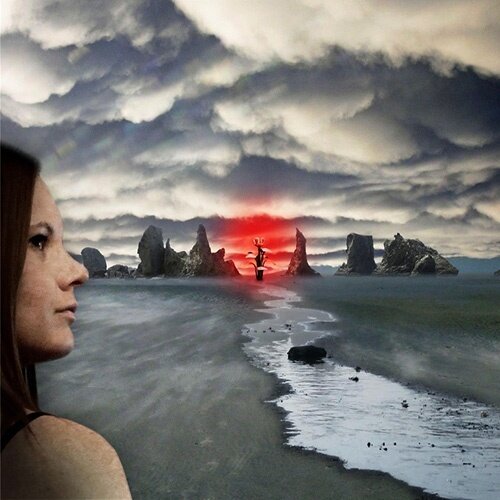 ••   Work on the second album has already begun. All About Jazz (USA): “This electrifying unit translucently morphs the days of prog–rock yore with an ultramodern scope.”

© Jason Spradline, Author Michael Inman.   They were joined by MIKE DAVISON (guitar, formerly of NERVEWERKS, who had played with 99 NAMES), and in 2011 they were signed to DJAM KARET’s label, Firepool Records. Their music is influenced by multi–cultural music, literature, horror/cinematic film scores, and incorporates influences from jazz, ambient, electronic, avant garde, progressive, and rock musics as well. Spradlin says rhythm is probably the bands main inspiration.The band were able to involve many guests for their debut self titled record, including GAYLE ELLET, MARKUS REUTER, GAVIN HARRISON, JERRY MAROTTA, and PAT MASTELOTTO. The album was released, after four years of work, in May of 2011, the premier release by Firepool Records. It quickly made waves in the prog world, with critics praising their compositions and making comparisons to King Crimson. The album was mostly instrumental, featuring only one track with vocals.
≡±≡   Herd of Instinct’s third album, Manifestation, is a transitional phase for the group. The group has expanded its sound from the original three–member unit to a larger ensemble. The music’s densely layered sound gives the listener a “textural” listening experience with pieces ranging from the bombastic Dybbuk to the somber flute/violin piece Nocturne. Many songs are based around Mark Cook’s Warr guitar and Rick Read’s Chapman Stick combined with Ross Young’s detailed drumming to create a clock–like precision of a layered polyrhythmic machine. Keyboardists Gayle Ellett (from Djam Karet) and Mike McGary play a crucial role in adding mood and texture to the music. Ellett also adds rhythm guitar to a few tracks and a poetic guitar solo on Shatterpoint. Bob Fisher, flute and saxophone, and Stephen Page, violin, are featured soloists who add diversity to the sonic palette of the band. Drummer, Bill Bachman, came on board towards the end of the recording process to add another element of intensity to the mix.
≡±≡   A chance meeting with Mike McGary and graphic artist Angel Stephens lead to the album’s enigmatic artwork. Angel has been called “The love child of Storm Thorgerson and Roger Dean!” by Rupert Truman, of Storm Studios. Her art is constructed out of many different photographs to create a single unique image. This layered, collage approach is very similar to how the band composes music.
Prog: http://www.progarchives.com/artist.asp?id=7136
Website: http://herdofinstinct.wix.com/herdofinstinct
CD Baby: http://www.cdbaby.com/cd/herdofinstinct3
Facebook: https://www.facebook.com/Herd-of-Instinct-153462274689341/ 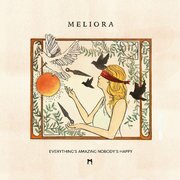