Hilary Hahn and Valentina Lisitsa – Charles Ives Four Sonatas
Location: Lexington, Virginia, USA / Kiev, Ukraine ~ North Carolina, USA
Record Label: Deutsche Grammophone
Release date: October 11, 2011
Editorial Reviews:
From the Artist:
This disc contains all four of Ives's sonatas for violin and piano. The First Sonata is relatively conservative: dense but mostly tonal. The Second Sonata is split into three movements, each carrying an affective name: "Autumn","In the Barn", and "The Revival". The next sonata aims to "express the feeling and fervor - a fervor that was often more vociferous than religious - with which the hymns and revival tunes were sung at the Camp Meetings held extensively in New England in the 70's and 80's." The final sonata is lighter in mood and smaller in scope than the other three pieces.
Product Description:
Charles Ives's idiom is in Hilary Hahn's American blood - which her fierce and fitting playing shows. Her partnership with pianist Valentina Lisitsa models what two singular artists can accomplish in the interests of a common cause. Quirky, peculiar, rich with Charles Ives's idiosyncratic notion of melody, peppered with dissonance yet also logical - Ives's works for violin and piano turn familiar musical expressions upside down. They are an alternate universe of aesthetic pleasure.
Tracklist:
01 – Sonata No. 1 I. Andante – Allegro v
02 – Sonata No. 1 II. Largo cantabile
03 – Sonata No. 1 III. Allegro
04 – Sonata No. 2 I. Autumn (Adagio maes
05 – Sonata No. 2 II. In The Barn (Prest
06 – Sonata No. 2 III. The Revival (Larg
07 – Sonata No. 3 I. Adagio – Andante -
08 – Sonata No. 3 II. Allegro
10 – Sonata No. 4 Children’s Day At The
11 – Sonata No. 4 Children’s Day At The
12 – Sonata No. 4 Children’s Day At The
Charles Ives wrote many memorable works, but the first of his compositions I ever heard was his set of lyrical and evocative sonatas for violin and piano. Something about the way they juxtaposed melodies—some familiar, some not—with unexpected harmonies and rhythmic themes captivated me. At the outset I was particularly drawn to Ives’s Third Sonata, so when I was assembling my next recital program with my duo partner Valentina Lisitsa, that piece was a natural choice.
When we got our hands on the sheet music, we attempted to read through it. That effort quickly stalled. Ives’s music may sound at times transparent, but his notation turned out to be tremend­ously complex, filled with exacting markings for accents, articulations, disjointed dynamics, rhythmic intricacies, and changes of tempo. Clearly Ives knew what he wanted at every point—and he wanted to make sure his performers would know, too. Squinting together at the piano score, Valentina and I struggled to understand which notes went together with which, where phrases began and ended, and how to produce the expression Ives wanted while at the same time playing the notes he had written. It felt like we were deciphering a musical code that was only vaguely familiar. As we attended one by one to the details, however, the big picture of each movement and then of the whole sonata emerged as if of its own accord.
A piece of music eventually has to get out onstage, in front of audiences, for its performers to see its true colors. That time came for us in 2008, when we took Ives’s Third Sonata on tour around the world. The more we played it for various audiences, the more the details and refinements Ives wrote into his score became ingrained in our musical consciousness, and the freer we became to explore additional expressive possibilities. Since we were attempting diffe­rent approaches with every concert, the piece became for us a shape-shifter: always evolving, ever intriguing. All along the way, audiences—for whom this century-old sonata was a new discovery—let us know that they would welcome more Ives.
So we returned the following season with a tour program that featured the remaining Ives sonatas (nos. 1, 2, and 4). Performing three of the four on one concert was terrific. We could sink into the similarities among them while having fun playing up the differences. What is remarkable about Ives’s writing from an interpretive perspective is the sense it gives that something tangible and interesting is always happening, or has just happened, or is about to happen. That may seem inconsequential, but, for a performer, that makes the music a pleasure to play night after night: expression can take any number of turns at any given moment.
Late in that second tour, realizing how attached we had become to these four sonatas, Valentina and I began planning this recording. Ultimately, in June 2010, we reconvened in upstate New York for four days to immerse ourselves in the musical world Ives had created. Recording sessions, monomaniacally focused, have the power to drain one’s enthusiasm for even the most touching and carefully crafted pieces. But for us, these sonatas never flagged. Their brooding, plotted beauty, their wit, their quicksilver modernity, and the dreams they evoke of a changing time and place, drew us through every hour. As we release this album, Valentina and I hope that the many virtues of the Ives sonatas will come through clear and heartfelt, and that listeners will join us in our affection for these rich and original pieces for violin and piano. (Hilary Hahn 9/2011)
Tracklist:
Charles Ives (1874 - 1954)
Sonata for Violin and Piano No.1
01. 1. Andante - Allegro vivace [6:08]
02. 2. Largo cantabile [5:56]
03. 3. Allegro [8:06] 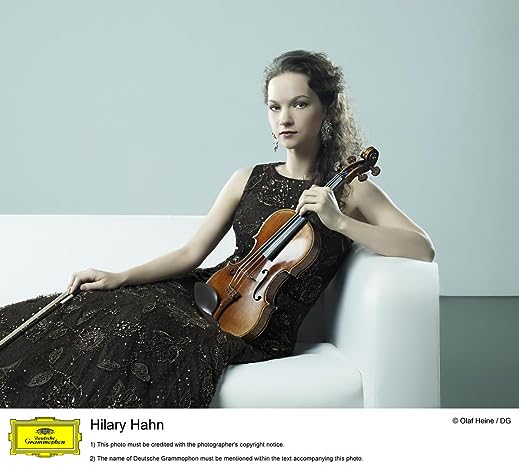 Lisitsa (was born in Kiev, Ukraine, in 1973) has performed in various venues around the world, including Carnegie Hall, Avery Fisher Hall, and the Musikverein. Recently, she has been the pianist in recital engagements collaborating with violinist Hilary Hahn. Many of Lisitsa's performances, including Frédéric Chopin's Op. 10 and Op. 25 Etudes and Beethoven's Appassionata Sonata, can be viewed on YouTube. 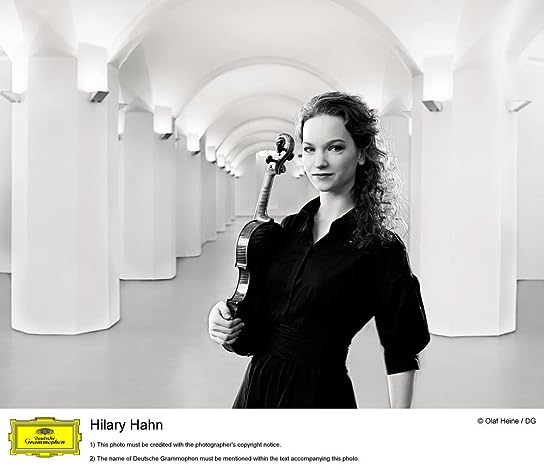