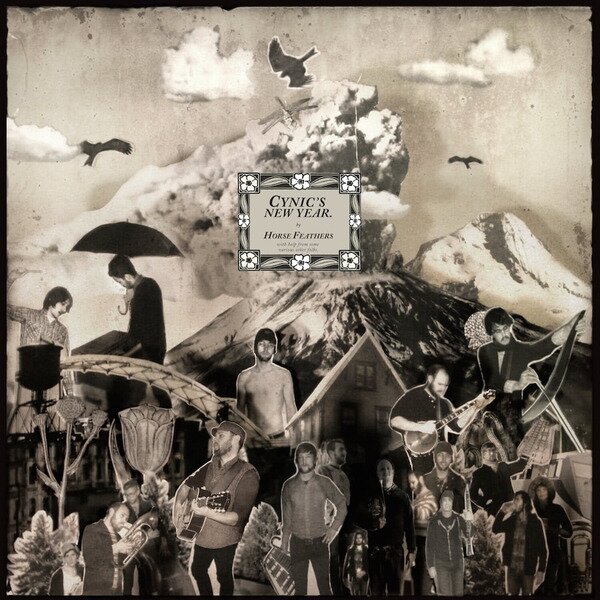 Horse Feathers — Cynic’s New Year (May 9th 2012)
≡˜≡  Horse Feathers’ Justin Ringle sings warm, sweet–voiced, comfortable songs about discomfort. Broken homes, a hardscrabble day–to–day existence, alienation and doubt, a difficult past of which no one dares speak — they infuse every note and minute of the Portland, Ore., band’s impeccably lovely folk music. On Horse Feathers’ fourth album, Cynic’s New Year, that tension between gorgeousness and grief even gets a single line to sum it all up: “Beauty and loss, they are one and the same.”
≡˜≡  Still, all the rustic, fatalistic misery in the world can’t drown out the soul–nourishing sweep of Horse Feathers’ strings, which wash down every worry with a nice, cold glass of sweet tea. At its hardest–edged, as in the accessible workingman’s lament “Fit Against the Country,” a bit of the lyrical tension bubbles over into the arrangement, giving the music a tinge of unsettled anger. But for the most part, Cynic’s New Year — out April 17 — is all exquisite grace and charm, infused with more than enough beauty to compensate for the losses it mourns. Stephen Thompson, NPR

Description:
≡˜≡  Cynic’s New Year is the 2012 CD by Horse Feathers or Portland, Oregon. This is their fourth album, their third for Kill Rock Stars.
≡˜≡  Times are tough here at Common Folk Music and I haven’t felt much like writing, but each and every time I would think about it the one album that kept coming to mind was Horse Feathers’ latest release, Cynic’s New Year. So, for those of you who have heard the album I guess there really isn’t any need to describe my current mindset, but for those who haven’t, read and listen carefully.
≡˜≡  Musically, there isn’t much that sets Cynic’s New Year apart from previous Horse Feathers albums, but this doesn’t affect my opinion of the somber collection. In fact, during times like this I actually prefer some things to remain unchanged, because with familiarity comes comfort and I need a lot of it now. And, although most of Horse Feathers’ sound has remained the same the size of Justin Ringle’s band of merry music makers has grown, strengthening and supporting his distinct and quiet voice. The new addition or additions don’t overpower Ringle, instead the layered and lush instrumental arrangements create the perfect ambiance for his excellent songwriting.
≡˜≡  Lyrically, Cynic’s New Year doesn’t stand out from their previous albums. Always drawing from nature, Ringle uses his environmental surroundings to develop thoughtful songs that are morose and majestic yet completely relatable. His journey through the rugged Pacific Northwest is distinctly American while maintaining a universal appeal tripping through familiar themes like goodbyes, natural disasters, hardships, and resilience. Cynic’s New Year also includes one of the year’s best songs — “Fit Against the Country”. With lyrics like:
Every night we all go to a house we’ll never own.
Every night we are tired,
we’ve been worked to the bone.
But nearly everyday we earn a lower wage,
does it tell you what we’re made of,
or are we just what we’re paid?
It’s a hard country we made.
≡˜≡  It’s a song that resonates with everyone struggling in the current economic situation and the main reason for my need to write this review. It’s a melancholic anthem that encapsulates the feeling of a devastated yet strong generation.
≡˜≡  There are other outstanding tracks on Cynic’s New Year, but if I were to write about every one of them this would turn into a dissertation. And, with a title like Cynic’s New Year, you can be sure that this is a bitter and contemptuous commentary on the same shit different year mentality most of us possess. Yet, there is something slightly hopeful contained in the sometimes stark and always warm instrumentals — the kind of guarded hope that comes with the anticipation of a new year.
Review
By Stephen M. Deusner; April 25, 2012 / Score: 6.3
≡˜≡  Musically and geographically, Justin Ringle is far removed from the Appalachian region that birthed so many of his folk forebears. Born in Idaho, he moved even further west to Portland, Oregon, where he formed Horse Feathers in 2004. Embracing a somber sound that proved an ideal setting for his slightly androgynous vocals, he managed to conceive his own personal idea of string–band folk, one that disregarded the technical prowess and lively performance style of East Coast strains. Instead, he emphasized mood and texture over rhythm and melody, as though drawing primarily from the incidental music of soundtracks. His first albums under the Horse Feathers moniker sounded fresh and distinctive, and yet, as the project has aged, its limitations have grown clearer. The band has one mood: minor–key solemnity.
More at: http://pitchfork.com/reviews/albums/16545-cynics-new-year/
Review
Matthew MacFarland, 6:02 a.m. · May 9, 2012;  Score: 7.0
≡˜≡  http://www.prefixmag.com/reviews/horse-feathers/cynics-new-year/64595/
Also:
AllMusic Review by James Allen;  Score. ***½
≡˜≡  http://www.allmusic.com/album/cynics-new-year-mw0002312871
MySpace: https://myspace.com/horsefeathersmusic
Facebook: https://www.facebook.com/Horse-Feathers-38877626075/
Website: http://www.horsefeatherstheband.com/
Press: Robert Vickers
Agent:
US: EU:
Bandcamp: https://horsefeathersband.bandcamp.com/album/cynics-new-year 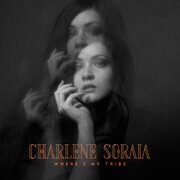