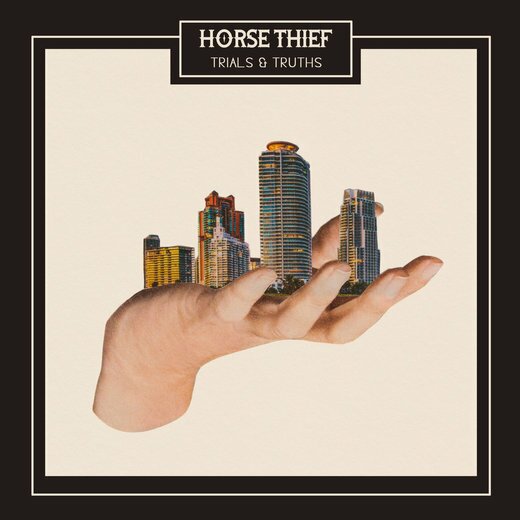 Review
AllMusic Review by Marcy Donelson; Score: ***½
♠   Picking up where their 2014 debut with Bella Union left off, Trials & Truths is the second long~player by Oklahoma City~based Horse Thief. It reunites the quintet’s tumbleweed~shaded psych~pop with Fear in Bliss producer Thom Monahan, whose résumé includes the likes of Devendra Banhart, Wild Nothing, and Fruit Bats. For Horse Thief, he seems to give shape to their sprawling guitar textures while leaving enough shimmer to transport listeners out of bedroom headphones, through flues, into dusty expanses. The album was informed by a long 18 months on the road together, and allowed more time for writing and recording than they’d had with their debut. A balance of sound and songcraft, it mixes hooky and delicate melodies that carry lyrics about relationships, places, and sorting through any related memories.

Artist Biography by Timothy Monger
♠   Psych~influenced indie rock quintet Horse Thief originally formed in Denton, Texas in 2006. The bandmembers relocated to Oklahoma City in 2010 to attend the Academy of Contemporary Music at the University of Central Oklahoma, and during the summer before their first school year, they took a creative journey to Creede, Colorado. While working on songs there, they came across the name Horse Thief on a map of local hiking trails and felt the name connected well with their brand of sprawling psych~Americana. Led by singer/guitarist Cameron Neal, along with guitarist Alex Coleman, keyboardist Zach Zeller, bassist Cody Fowler, and drummer Alberto Roubert, Horse Thief released their debut EP, Grow Deep, Grow Wild, in early 2011 and were eventually signed to British indie Bella Union, where they became labelmates with one of their major influences, the Flaming Lips. Grow Deep, Grow Wild was re~released by Bella Union in 2013 and their first full~length album, Fear in Bliss, followed in 2014. Created over a long year~and~a~half of touring, their second LP, Trials & Truths, was, according to the bandmembers, much closer to the sound they wanted. Taking the influence of groups like Sparklehorse and Flaming Lips but fine~tuning it with reflective jangle, the album arrived early in 2017, preceded by the single “Another Youth.”
♠   The song “Mountain Town” begins with the sound of songbirds before melodic lead guitar kicks in over acoustic guitar jangle. Frontman Cameron Neal, who wrote the song while visiting family in Colorado, sings of a past romance that’s attached to particular light, shadows, and “scattering patterns.” Elsewhere, “Falling for You” has organ, a wailing guitar line, and clanking rhythms among its palette, all under vocals that are sharp and clear in contrast, as if narrating. Uptempo standout “Another Youth” features an arrangement of syncopated polyrhythms that lead into a stuttering vocal line. Guitars glisten with a warm atmosphere that’s fleshed out by humming synths, capturing the spirit of flora, fauna, and the horizon despite a new wavy approach. Later, the stripped~down “Million Dollars” brings a Western drawl and pedal steel to the scene.
♠   Overall a tweaked follow~up that’s likely to bring along existing fans, Trials & Truths is like a puffy chair with a window view; it doesn’t demand attention but offers thoughtful escape. Website: https://www.horsethiefokc.com/
_____________________________________________________________ 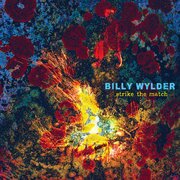