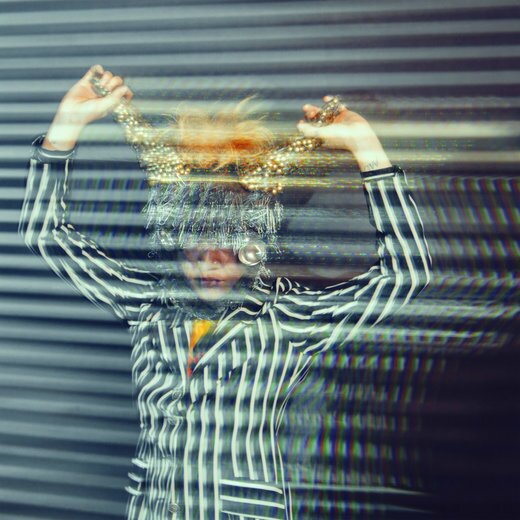 ≡χ≡       “A compelling kind of propulsion, jagged and smoothly erratic.” Singer, songwriter Cosima Jaala has just released ‘Joonya Spirit’, the second album under the band moniker of JAALA.  Australian Musician’s Greg Phillips phoned Cosima for a chat about it.
Location: Melbourne, Victoria, Australia
Album release: April 20, 2018
Record Label: Bedroom Suck Records
Duration:
Tracks:
1. Sames     3:20
2. Horn     3:55
3. Good Circuit     4:14
4. Dog     3:19
5. Gwynne     4:09
6. Long Live     3:43
7. Frog’s Tears     4:52
8. Junior Spirit     3:32
Credits:
•★•√        Recorded December 2016 at Soundpark Studios, Melbourne.
•★•√        Engineered by Jonno Steer.
•★•√        Produced by Dan Luscombe.
•★•√        Additional production by Paul Bender.
•★•√        Mixed by Paul Bender.
•★•√        Mastered by Mikey Young.
•★•√        Design by David Pesavento.
•★•√        Under exclusive license to Bedroom Suck Records.
Description:
•★•        Through your ears, deep in your mind, down in your heart, in a way you never knew you wanted, Jaala will caress you and Jaala will entice you. Like the roots of a tree Jaala is ever growing, pruned only by themselves and never by the expectations of the public.
•★•        Like a pair of crappy old jeans you’ve unstitched and re~stitched, always working to make them the best goddam pair of jeans you ever imagined in your wild little noggin. Intricately decorated and lovingly crafted, Jaala’s music comes from a place of deep focus and care.
•★•        In 2015 Jaala released their debut album Hard Hold to critical acclaim both nationally and internationally. We could sit here talking about Pitchfork’s glowing review or how Triple J featured the album but all that is in the past and Jaala are in the now. Google is available if you are curious about these achievements.
•★•        Since the release of Hard Hold they have transformed into a completely new animal, stylistically and literally. The addition of Carolyn Schofield (synth) of Fia Fiell fame has moved the band towards a more haunting, dreamy experimental pop movement as opposed to the guitar shredding melt your face prog rock vibes of yesteryear.
•★•        Vocalist/guitarist Cosima Pay and drummer/genius Maria Moles stand firm with their intricately woven telepathy. The ornate and ever flowing creativity is still ubiquitous, only it feels different now, rather than falling down a beautiful waterfall into a pit of demons, it’s more like your feet have been confiscated at the same time as you’ve been given the ability to fly.
Review
Nic Addenbrooke; Score: ****
≡χ≡       Jaala’s Joonya Spirit feels like a concealed middle finger held in the pocket of an oversized op~shop jacket worn by someone much cooler than you. There’s a prickish quality that’s intriguing rather than alarming, even if you know getting close might hurt a little. Tempos flare between slam dance, soul and social dissonance. Tracks are quickly irreverent and seditiously relevant, bounced along by Cosima Jaala’s quirky delivery and salty, kawaii~killer attitude. It seems sort of grubby and immediate, but wipe away some of that oddly glamorous grime and there’s a thousand facets to be seen. Most of the songs are restless with purpose, the sort of cohesive flux brought out in zoetrope, and it makes the timing all the more admirable for the cohesion it brings.
≡χ≡       More Mangelwurzel than Jaala’s 2015 debut Hard Hold, Joonya Spirit manages to straddle both scenes, splicing the saccharine with the incisive. Carolyn Schofield’s new synths slot seamlessly into the existing synergistic dissonance Maria Moles and Jaala create together, adding a pop quality akin to an unexpected balloon explosion. The overall effect is a compelling kind of propulsion, jagged and smoothly erratic.
≡χ≡       Innocently itself and cool without care, Joonya Spirit is a confident release that deftly sidesteps the second~album slouch. ≡χ≡       http://themusic.com.au/
Bandcamp: https://jaalaband.bandcamp.com/album/joonya-spirit
Label: http://bedroomsuckrecords.com/
Interview: AustralianMusician Apr 23, 2018
≡χ≡       http://www.australianmusician.com.au/jaala-the-joonya-spirit-interview/
_____________________________________________________________ 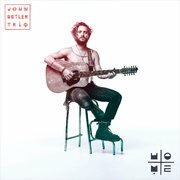