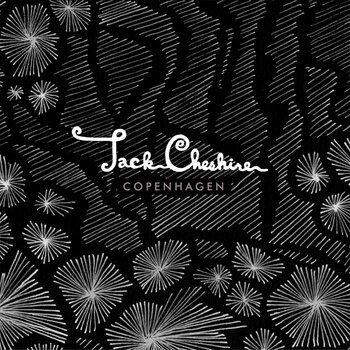 Pleasantly guiding the way to introversion

≡  I am very glad to have discovered Jack Cheshire in the summer. He is very much an artist to listen to on hazy days of gentle breeze and warm glowing sun. He has an innate laziness and chilled outlook that feels very july centric. His gentle melodies and hushed voice feel very personal, and give him a singular combination of acoustic intimacy, and dreampoppy woozy atmosphere.

≡  Along with the chilled vibe, there is also a definite eeriness that carries quite a lot of weight. Particularly from the light jangling guitar, which spends the majority of the album flirting with melodies to complement the vocal lines. Songs like ‘Paper House’ almost break down into introverted sections of layered instruments and repeating vocal refrains.

≡  The songs that stand out the most, in fact, are the ones with long instrumental sections such as ‘Time Travel’, ‘We Are Electric’ and ‘Copenhagen’. He and his band mates manage to get very pretty and complex patterns that  counterpoint his vocals gracefully creating a relaxed groove. The vocals themselves are very characterful and the lyrics are interesting and conjure powerful imagery when the due attention is given.

≡  Seeing him live is definitely a better experience than on album. Just him and a friend with an electric guitar, strangely, had more impact than the full band record. Songs like ‘We Are Electric’ climax fairly well, but ‘Paper House’ was a definite strong point live and it blends into the background of the album, which is definitely the strongest criticism of Copenhagen. Throughout, there are refrains and riffs that stick in the mind, but I would be hard pressed to tell you which song is which. To find a standout single in this track list is a challenge, but so is finding a weak one.

≡  It is a good mood. From beginning to end Cheshire maintains an ambient, and intrinsically English vibe. Middle England washes over the listener in a wave of cool cider and green hills. Copenhagen is an interesting album. Reminiscent more of bands like Athlete than anything else. He manages the feat, mostly, of staying fairly grounded whilst maintaining a dreampop vibe. An excellent artist for listening to with a decent pair of headphones on a train or bus. You want to block out the world, but want to be aware enough to not miss your stop or give an old lady your chair.

≡  Unless you've recently had your ears glued shut, you've probably noticed that folk music is having somewhat of a moment. An increasing amount of folk/indie crossover artists in recent years has lent mass appeal to the once niche genre; now artists such as Laura Marling and Mumford & Sons are winning Brit Awards and everybody's gone a little bit crazy for Noah and the Whale. However, one artist who has so far failed to trouble the mainstream charts is Jack Cheshire, which is a shame, because his latest release, Copenhagen, is really rather good.
≡  The follow up to 2008's Allow It To Come On, Copenhagen sees a continuation of the London based singer-songwriter's low-fi, indie folk style. Although it's been three years since the release Cheshire's debut, famously recorded in the confines of his bedroom, several tracks on this new album seem to reference that era; 'Wanderlust' charts the frustrations of a young man torn between settling down like his friends and fulfilling his desire to see more of the world , while 'Trinket Box' reminds you to "go out today....go fill your lungs". The melancholic 'Bells Again' similarly evokes the defeatist attitude of someone sat indoors, feeling like life is passing them by, with the nihilistic line "killing time is just about my favourite thing to do".
≡  Elsewhere on the album, 'Paperhouse' and title track 'Copenhagen' have a more esoteric, dream-like quality, and the quirky 'We Are Electric' justifies prior comparisons to Devendra Banhart. A standout track is 'Magic Eye Lens', a four and a half minute stream of consciousness style road trip through Cheshire's mind.
≡  Overall, Copenhagen is a quiet, almost sullen record; out of ten tracks, there's nothing you'd want to get up and dance to. There's also little change in pace or tempo between songs, meaning it can feel a little over long, despite coming in at under 45 minutes. The music, is, however, well-crafted, and in places hauntingly beautiful, compensating for any minor grievances. While it's obviously not a party album, if you're looking for the soundtrack to an afternoon of quiet introspection, Copenhagen may be right up your street.
≡  Fortaken: http://music.blogdig.net 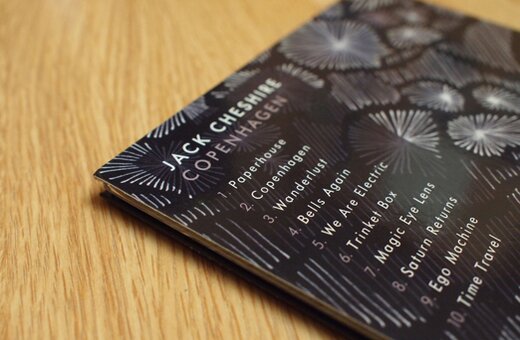 "...exquisite melancholy song writing in the finest traditions of mildly psychedelic, quintessentially English, stoner folk. The vocals are attractively slurred and sleepy, the lyrics dreamlike and beautiful, and the melodies and arrangements - check out Magic Eye Lens - get right under your skin. Buy this now." *****

"...I am finding it a difficult notion of why Jack Cheshire is not in the publics ears all over the world... Listening to this with the headphones on is an exquisite treat for your brains synapses." - www.middleboopmag.com

"...with his breathy Ian McCulloch-style croon...a burnished psychedelia creeps into the mix and takes this music to the skies." - Uncut "..well crafted, and in places hauntingly beautiful...." - thefourohfive.com

"...We are left with a genuinely impressive album, from a songwriter who sounds like he has enough imagination to make many more." - www.pennyblackmusic.co.uk

Pull Up The Roots @ The Union Chapel - March 2011 /Copyright: graemewilmot.co.uk 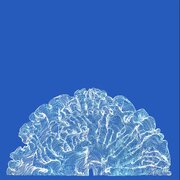