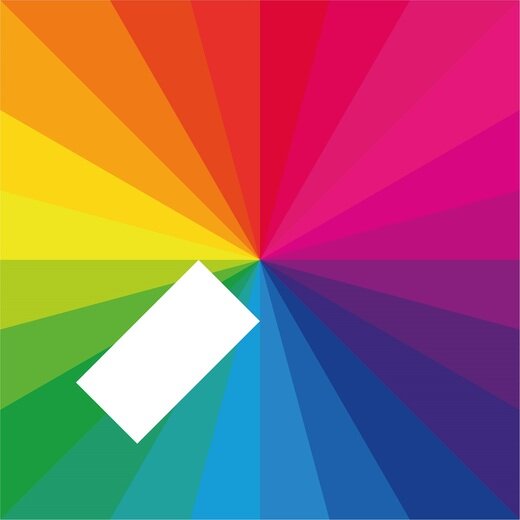 ♦   Nejlépe hodnocené album na trhu roku 2015 došlo do branch office Tais Awards dnes v 10:10.
♦   Forward–thinking producer known for his work with Gil Scott–Heron, with his band the xx, and on his own.

REVIEW
BY NINA CORCORAN ON MAY 26, 2015, 6:01AM;  SCORE: A
♦   All minimalism centers around movement. Look at architecture, art, and literature: Their minimalist incarnations strive to open up space where the viewer or reader can be free. In the context of dance music, room to move is arguably the most important thing you can have. Jamie Smith, aka Jamie xx, capitalizes on that principle with In Colour, a debut of gorgeous, sweeping tracks. Through 11 songs and one aesthetically pleasing cover, the xx producer hones in on minimalist values by flushing out any and all unnecessary elements.
♦   Like its accompanying music video, lead single “Girl” is a clean, thick, pastel rectangle rippling with samples. Had Smith stuffed it with more, it could have sunk under its own weight, but he follows in the footsteps of Four Tet or The Field by slowly introducing new sounds and then repeating them until they melt into the foreground. That effervescent ease reappears in “Gosh”, whose music video spans breathtaking views of outer space while wood blocks and masculine vocal samples shuffle against each other. Here, Jamie xx rewires old school house and dub to feel particularly modern.
♦   Steel pan melodies, Smith’s growing trademark, take root in “Obvs”, one of many instances where he battles anxiety with the deep hum of a heartbeat bass. On “Sleep Sound”, he pursues quieter beats, mimicking the sensation of water stuck in the ear to an aerobic pulse. The album’s most striking cleanliness comes in the subtleties of “The Rest Is Noise”. Ominous piano plods over a racing heartbeat, then cracks into a dozen notes that scamper about until they’re swallowed by a warped ambulance siren. In five minutes, Smith traces the nervous acceptance of inner emergencies bleeding out to painful memories — or, in simpler terms, a night out at the club alone.
♦   Throughout it all, Jamie xx seeks to mirror the UK club scene and its effect on its dancers. The bass comes in swatches like Orbital, the muted production like whitewashed walls, the melodies like the day’s leftover whistles. Most prominently, the fractured, slow exclamations of anonymous voices are entirely relateable, even if you can’t recall ever hitting up a proper rave. “I just … The world just…” one stutters in “Seesaw”, trying to articulate the emotion that follows the physical release of stress on the dance floor. There’s no need for him to finish his sentence. The music fills in the blanks.
♦   Staying in control doesn’t mean playing it safe; In Colour sees its fair share of adventures. “I Know There’s Gonna Be (Good Times)” brings Young Thug onboard alongside Popcaan, a dancehall king in his own right. Here, Thug does the nostalgia digging instead of Smith. His lyrics bubble with ’90s–style optimism, verbally mirroring the bright tone of Smith’s steel drums.
♦   Even Smith’s bandmates from The xx, Romy Madley Croft and Oliver Sim, tone down their guest vocals here more than usual. On “Loud Places”, Croft seeks to mellow out drunken handclaps while distant chatter leaks through a door left open from the next room over. Sim, on the other hand, loses his emotions in “Stranger In A Room”, fading to gray even though the words “want to change your colors/ Just for the night?” scream magenta and lime.
♦   Jamie xx has stayed beneath our noses for so long while remixing Radiohead and claiming production credits on Drake’s Take Care. The mastermind has been scheming ever since he was gifted his first turntables at age 10; but now, at 26 years old, he’s mixing a sound all his own. Each song grows richer the more you explore its open space. Its minimalism breathes buckets of color. After one listen or 10, In Colour reflects brightly, a phenomenally poised and universally approachable solo debut.
Essential tracks: “Girl”, “The Rest Is Noise”, and “Gosh”
♦   http://consequenceofsound.net/

AllMusic Review by Heather Phares;  Score: ****½
♦   Compared to Jamie xx's impact on music, it's easy to forget that he hasn't released much on his own. The distinctive yet surprisingly versatile blend of indie, R&B, and dance in his work with the xx, Gil Scott–Heron, and his remixes helped shape the sound of the late 2000s and 2010s, but his solo discography was limited to a handful of singles, many of which appear on his first full–length, In Colour. While one of his best singles, "All Under One Roof Raving," doesn't appear on the album, its balance of the kinetic and the atmospheric — as well as its reverence for classic U.K. dance music — is reflected on some of In Colour's brightest highlights. "Gosh" is hard–edged yet radiant, its juddering drum'n'bass rhythms and shouted samples adding heft and movement before swelling synths overtake the track like a sunrise after a long night out. Indeed, for most of the album, Jamie xx uses his considerable gifts for atmosphere to make listeners remember the euphoria of dance music rather than immerse them in it. Despite its brassy flourishes, "Girl"'s filtered house is haunting and aloof instead of driving, while its former B–side "Sleep Sound" fades in and out like a dream. Given his skills as a collaborator, it's not surprising that some of In Colour's best moments occur when he shares the spotlight. While his reunion with xx bandmate Oliver Sim on the implosive "Stranger in a Room" is almost too reminiscent of their previous work, Romy Madley Croft remains one of his most inspiring muses. She gives In Colour's nostalgia more humanity on the beautifully blurred "Seesaw" and "Loud Places," where a sample of Idris Muhammad's joyous "Could Heaven Ever Be Like This" makes the contrast between then and now, and alone and together, all the more poignant. However, the album's most immediate moment belongs to Young Thug and Popcaan. Inspired by a drive from Manhattan to Brooklyn while listening to Hot 97, the summery "I Know There's Gonna Be (Good Times)" embraces pop, hip–hop, and dancehall in a way that feels evocative and forward–looking. As it moves from reflective to engaging and back again, In Colour covers the entire spectrum of Jamie xx's music, delivering flashes of brilliance along the way.
Website: http://jamiexx.com/#order
Facebook: https://www.facebook.com/jamiexxofficial
Press:
Agent: world — / north america —
Instagram: https://instagram.com/jamie___xx 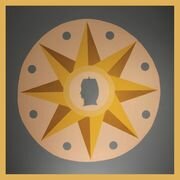