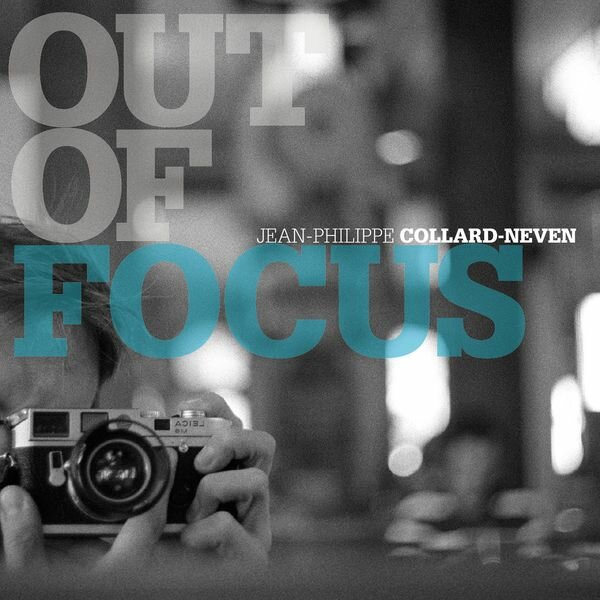 Jean–Philippe Collard–Neven — Out of Focus
Location: Haccourt, Liège, Belgium
Album release: February 6, 2015
Record Label: Iglectic
Duration:     52:49
Tracks:
01. Goodbye My Friend      5:23
02. Shooting in the Park      3:02
03. Eu Te Amo      3:29
04. The Dance of Soul      5:47
05. Infinite Embrace      3:27
06. Cesaria      6:54
07. Moon River     5:40
08. Insensatez      5:22
09. The Dance of Life      5:01
10. Musique floue      1:29
11. Allo allo ?      1:55
12. Por Toda a Minha Vida      1:56
13. Here we are      3:24
ΞΞΞ   A musician that is almost impossible to define, Jean–Philippe Collard–Neven has developed a singular style that draws on different musical genres: the classical and contemporary repertoires, jazz, improvisation, chanson française, electro, as well as his work for theatre, dance and silent movies.
ΞΞΞ   The new solo album is called “Out of Focus”. The analogy is with photography, of course, referring to music whose outlines are not those we think, whose background tells a completely different story.
ΞΞΞ   The tracks are approached as though they were a pretext for a musical and contemplative excursion. There is an unfinished feel to many of the melodies, harmonies that are stripped back, grooves that slowly melt into silence...
ΞΞΞ   Alongside improvisations and covers of Jobim and Mancini, Jean–Philippe Collard–Neven offers up — like a confession — an introspective, rarefied style. Elements of his classical background are as clear as all the musical adventures he has shared with major players from Belgian and international jazzmen.
ΞΞΞ   “Lending yourself to solo playing creates conditions that are ideal for taking stock of things, for summing up, for taking a look over the shoulder, for horizons that move along with us. Being alone also means going without these marvellous collaborations that bring us out of ourselves, that bring us precisely where we would never have gotten alone.” (Jean–Philippe Collard–Neven)

BIOGRAPHY
ΞΞΞ   Born in 1975, he is Belgian pianist, composer and improviser. Jean–Philippe Collard–Neven leads an atypical career where classical, contemporary, jazz, improvisation, French Chanson and electro go hand in hand with theatre, dance, fine arts, cinema and literature.
ΞΞΞ   Far from being eclectic "a bit of everything", this variety is an expression of his passion as well as an open–mindedness which seeks to create and weave links between styles, genres and eras. Since his childhood, Jean–Philippe Collard–Neven learned jazz tunes and songs from his father's lap and soon began to play soundtracks, by ear, which intrigued him. Improvising and playing without sheet music is instrumental to his sound and music. For him, this will always be an instinctive and natural act, impervious to the rigidity of academic learning. Equally, this spontaneous learning never differentiates between 'great' and 'light' music. Any music that moves him is good to go, the magnanimity of a rock group can easily bear comparison with a string quartet.
ΞΞΞ   Pianist in the Musiques Novuelles ensemble from 1997 to 2003, Jean–Philippe Collard–Neven has also played with Art Zoyd (France), Ensemble 88 (France), Namur Chamber Choir, the Chamber Orchestra of Wallonia, Lille Philharmonic Orchestra, the Royal Flemish Orchestra (Antwerp) and Ictus. He has also developed strong relationships with the Danel Quartet, Debussy Quartet, the French violinist Fabrice Bihan, the violist Paul Declercq, the French violist Vincent Royer (2 CDs and 1 vinyl record with SUB ROSA), the Quebecois cellist Emilie Girard–Charest, the bass–baritones José van Dam, Laure Delcampe, Elise Gäbele, the jazzmen Jean–Louis Rassinfosse, Fabrice Alleman, Philippe Catherine, Bart Quartier, Fabrizzio Cassol, Xavier Desandre–Navarre, the Quebecoise Jean Derome, Pierre Tanguay, Helmut Lipsky, Michel Donato, conductors Patrick Davin and Pierre Bartholomée, composers Jean–Luc Fafchamps (1 CD with FUGA LIBERA), Claude Ledoux, Benoît Mernier, Luc Ferrari, David Shea, Horatiu Radulescu, Bruno Mantovani, Vinko Globokar, Michel Gonneville, Jean–Pierre Deleuze, Fabian Fiorini...
ΞΞΞ   In theatre, he has collaborated with producers such as Geneviève Damas, Pietro Pizzuti, Claire Gatineau, Jeanine Godinas, Ariane Buhbinder, Valérie Cordy, Didier de Neck, Ingrid von Wantoch Rekowski, Martine Godard...
ΞΞΞ   He has equally worked with artist Bob Verschueren, French painter Diane de Valou and the Canadian painter–filmmaker Jean Detheux.
ΞΞΞ   He has composed and improvised music for artists such as François Emmanuel, Jean–Luc Outers, Dimitri Verhulst, Tom Lannoye, Marcel Moreau, Alain Spièss, Eugène Savitzkaia...
ΞΞΞ   He composed the music for the documentary "l'Or Bleu de Damien de Pierpont" and, finally, he will compose the music for an animation feature which is in the making.
His music has regularly accompanied silent films and cinema. He recently played the original music composed by Gaston Paulin for the Emile Reynaud's pantomimes — the pioneer of cinema.

ΞΞΞ   Equally, he produces sound installations which he then records in "field recording" and makes use of, as a support, in his concerts, for example, in the Musée Ingres, in the Passage Pommeraye in Nantes and at the Raffinerie in Brussels during the Ars Muscia of 2012.
ΞΞΞ   Jean–Philippe Collard–Neven's music has been used several times in French, Japanese and German cinema. His theatrical and cinematic music is also part of a discography released by Sub Rosa (Incidental Music).
Since 2003, he has created a strong relationship with the Jazz bass player Jean–Louis Rassinfosse. After releasing two CDs as a duo for FUGA LIBERA, they started a series of fruitful collaborations with various artists. First of all, with Fabrice Alleman and Xavier–Desandre–Navarre with whom they recorded Braining Storm, as well as FUGA LIBERA. Thereafter, he collaborated with the bass–baritone José van Dam in a project on Carlos Gardel (a CD is being produced). He currently plays in a sextet alongside the Debussy Quartet for an original repertoire. He is also co–operating with the Danel Quartet, the cellist Fabrice Bihan, vibraphonist Bart Quartier and the flutist Pierre Bernard.
ΞΞΞ   As a pianist, improviser and composer, he has played in numerous festivals in Belgium, France, the Netherlands, German, Italy, Poland, Spain, Tunisia, Chile, Mexico, Peru, Canada, Japan... For several years, Jean–Philippe Collard–Neven developed special links with certain countries, notably Canada, where he played with a number of local artists, taught at the Montreal Conservatory of Music and recorded several CDs. ΞΞΞ   He also performed in Japan, where he recorded with FLAU who organise his tours as well. In June 2011, he recorded a CD in Osaka with the electronic Japanese artist AUS.
ΞΞΞ   He won first prize in the 1993 Dexia competition as well as the FUGA trophy, awarded by the Union of Belgian Composers in 2003, for his participation in the Belgian repertoire. In 2008, he obtained "l'Octave de l'artiste de l'année" and the "coup de coeur" from the Charles Cros Academy for the Didascalies CD which was devoted to the works of Luc Ferrari. His music can be heard in more than 15 discographies and on numerous radio and television recordings.
ΞΞΞ   For many years, Jean–Philippe Collard–Neven has enjoyed a special link with the Quebecois music scene. He has performed there in a trio with Jean Derome and Pierre Tangua. Their collaboration, which led them to perform at the OFF Jazz Festival in Montreal and the Québec Jazz Festival, has been recorded (soon to be released). He has recently played in a trio with Michel Donato and the violinist Helmut Lipsky and then formed a duo with the classical cellist Emilie Girard–Charest. This duo has already inspired many composers such as Michel Gonneville, Jean–Pierre Deleuze and the Belgian Jean–Luc Fafchamps, who created a great trilogy in October 2013.
ΞΞΞ   Jean–Philippe Collard-Neven is a Chamber Music Professor at the Royal Conservatory of Mons. There, he has several projects enabling students to get a foot into the world of theatre, film making and literature. He organises a variety of pedagogical events as part of the Ars Musica Festival, "Grand Hornu", "L'Espace Senghor" in Brussels, Rambouillet's House of Culture, the Baobab Theatre and the School of Boendael.
ΞΞΞ   As part of the Master–classes, he invites artists such as Michel Gonneville, Vinko Globokar, Jean–Louis Rassinfosse, Jean Detheux, Marc Herouet to Mons. Jean–Philippe Collard–Neven has also taught at the Conservatory of Montreal, Lima, PESM in Dijon, and the Royal Conservatory of Brussels. He has led many musical seminars with children from schools exercising positive discrimination as part of projects supported by the COCOF in the Autrique House (Schaerbeek).
Website: http://collardneven.com/
Facebook: https://www.facebook.com/jeanphilippe.collardneven
YouTube: https://www.youtube.com/watch?v=N3BvRubThAM
Also:
By D.M. Edwards 14 April 2010, Score: 8
:: http://www.popmatters.com/review/122958-jean-philippe-collard-neven-incidental-music/ 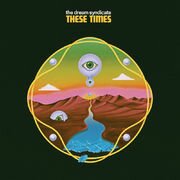