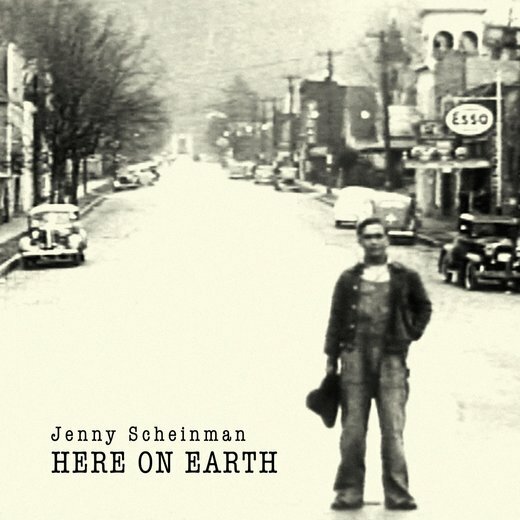 ♣   Jenny Scheinman ‘Here on Earth’ presents songs that were composed for the film, ‘Kannapolis: A Moving Portrait,’ a collaboration with director Finn Taylor and commissioned by Aaron Greenwald at Duke Performances. The movie collects archival footage taken between 1936~42 by H. Lee Waters, a North Carolina photographer who traveled across the Piedmont, taking short movies of ordinary, small town folks living through the Great Depression.
♣   When Scheinman first watched the raw footage, the faces onscreen felt like those from a bygone era, yet still oddly familiar. As much as America has changed from the previous century, the human condition at its core remains constant. Thus it inspired a collection of fiddle tunes that on first listen may seem rooted in the past, but ultimately reveal themselves to be definitively modern upon repeated listens.
♣   Scheinman based her band for these recordings on a specific scene from the movie, where three musicians (fiddle, banjo and guitar) are playing at a dance party. To recreate this dynamic in the studio, she enlisted
♣   Danny Barnes (banjo, guitar, tuba),
♣   Robbie Fulks (guitar, banjo), Bill Frisell (guitar) and
♣   Robbie Gjersoe (resonator guitar), not just for their brilliant skills and deep~rooted understanding of fiddle music, but because they brought the barn~stomping, slightly unhinged energy she was trying to conjure.
♣   ‘Here on Earth’ captures this magic~in~a~bottle on songs like “Don’t Knock Out The Old Dog’s Teeth.” The rhythmic weave created here is nothing short of intoxicating, the perfect melody for gathering around a burn barrel and hollowing out your demons. There are also songs like ”Rowan,” which embodies the spirit of campfire music; an aura of community and unity. Of course, no Scheinman album would be complete without a few big signature melodies such as those found on “Annabelle And The Bird” and “Esme.”
♣   ‘Here on Earth’ is about the present and the past. It’s about daydreams and poetry and the rituals that keep people sane and human. It’s a collection of songs that are both deeply personal to Scheinman and a tribute to hundreds of ordinary people from another time who just happened to look at a camera and reveal a little of their humanity. Above all, it’s about the frenetic, joyful melody of being alive on this planet.

Review
By Brian Zimmerman
♣   In 2015, Jenny Scheinman, a revered violinist who has operated in numerous genres, was invited to provide a live score to accompany the documentary film Kannapolis: A Moving Portrait. Directed by Finn Taylor, the film is a visual montage of archival footage captured by photographer~filmmaker H. Lee Waters, who traveled the south and mid~Atlantic to document small~town life between 1936 and 1942. Packed with moments of joyous ecstasy and wind~swept solemnity, that soundtrack has now been released as an album, Here On Earth, and its 15 tightly compressed tracks reveal Scheinman to be a meticulous interpreter of emotion and a composer of cinematic vision and scope.
♣   The instrumentation for Here On Earth was lifted directly from a scene in the film in which three musicians — playing fiddle, banjo and guitar — entertain a crowd at a dance party. To reproduce that sound, Scheinman appears with a rotating panel of guests, bringing together, in various assemblages, the inimitable talents of Danny Barnes (banjo, guitar and tuba), Robbie Fulks (acoustic guitar and banjo) Robbie Gjersoe (resonator guitar) and Bill Frisell (electric guitar).
♣   The tracks are short, but potent in their ability to paint a scene. “Rowan” is all rolling hills and sun~dappled trees, its gentle melody coddled by colorful accompaniment from banjo and guitar. Opening cut “A Kid Named Lily,” meanwhile, is stormy and foreboding, with a choppy violin statement that rides with bumps and jolts atop a hard~strummed banjo. And though this is very much a period album, it refuses to be trapped in the past. “Delinquent Bill,” which features Frisell at his slinkiest and most harmonically elastic, delivers some undeniably modernist group interplay. Meanwhile, the spiritual yearning distilled on “Pent Up Polly” is timeless. “Esme” and “Road Tto Manila” speak to a calmer, gentler sense of satisfaction, but when you’re in the mood for a good old~fashioned hoedown, turn to “Bug In The Honey,” which simply erupts with happiness.  ♣   http://downbeat.com/

© Jenny Scheinman. Credit: Michael Wilson, Blue Dress
Bio:
♣   Jenny Scheinman is a violinist, singer, and writer of songs with and without words. She grew up on a homestead in Northern California and has been performing since she was a teenager. She has worked extensively with some of the most innovative jazz artists in the world such as Bill Frisell, Jason Moran, Nels Cline, and Marc Ribot and consistently tops the Downbeat Jazz Critics Polls. She has also toured and recorded with numerous American songwriting legends such as Lucinda Williams, Bruce Cockburn, Rodney Crowell, Lou Reed and Ani Difranco. In March of 2015 she premiered a multi~media performance at Duke University entitled Kannapolis: A Moving Portrait. She has made eight albums of original music: The Littlest Prisoner, Mischief & Mayhem, Jenny Scheinman, Crossing The Field, 12 Songs, Shalagaster, The Rabbi’s Lover and Live At Yoshi’s. 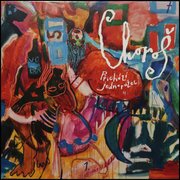