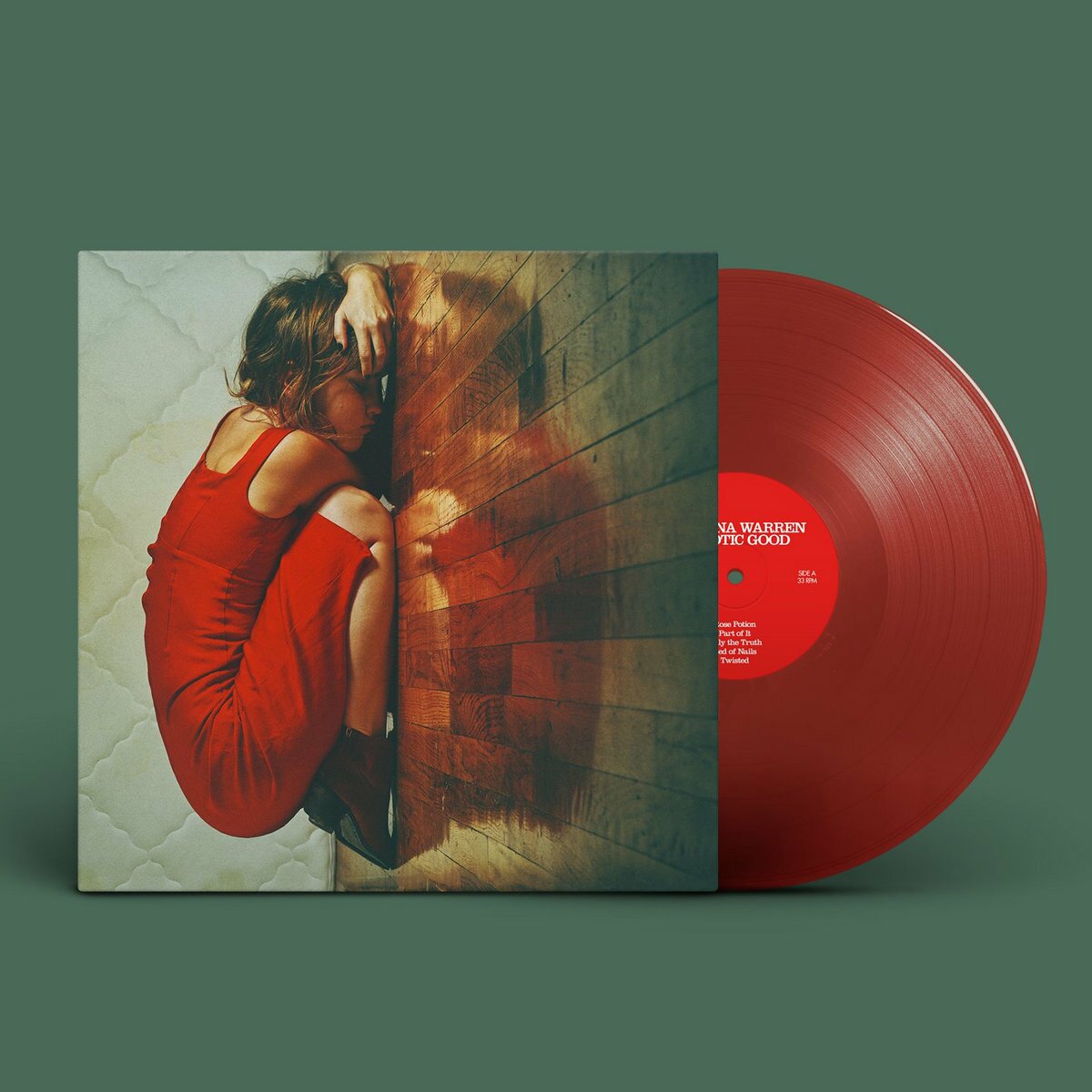 Born: St. Petersburg, Florida, United States
Occupation(s): Musician • actor • singer~songwriter
Instruments: Vocals, guitar, piano, flute, harmonium
Location: Portland, Oregon
Album release: May 1, 2020
Record Label: Wax Nine/Carpark
Duration:     37:34
Tracks:
01. Rose Potion   4:15
02. Part of It   2:51
03. Only the Truth   4:58
04. Bed of Nails   4:28
05. Twisted   3:39
06. Hole in the Wall   3:41
07. Faking Amnesia   3:35
08. Every Death   2:34
09. Thru Yr Teeth   3:47
10. Bones of Abandoned Futures   3:46 Credits/Personnel:
↵    Music and lyrics by Johanna Warren
↵    Produced by Johanna Warren
•♠•   Johanna Warren — vocals, guitar, piano, flute, clarinet, synths
•♠•   Chris St. Hilaire — electric guitar, drums, bass, percussion
•♠•   Jim Bertini — drums, percussion, bass, synths
•♠•   Eric Margan — bass, cello, flute, synth
•♠•   David Rothon — pedal steel
↵    Engineers: Johanna Warren, Josh Hahn, Greg Cortez, Josh Powell, Bella Blasko, Jim Bertini, Chris St. Hillaire, Eric Margan, Conor Sisk, Derek Nievergelt, Sean Sebastian
↵    Mixed by Jim Bertini
↵    Mastered by Sarah Register
↵    Photography by Jeff Davenport
THANK YOU
√     My parents, Sadie Dupuis, Brandon Telg, Richey, Truth, Marcy, Damon, Tressa, Mike Harris, Knate Carter, Greg Katz, JP  Review
By Jordan Currie ⌊ Apr 30, 2020 ⌋ Score: 8
↵    The cover of Johanna Warren’s fifth studio album, Chaotic Good, shows Warren crouched in a fetal position, her blurry reflection mirrored on the glossy floorboards. It’s the perfect representation of the album as a whole, and a hint on what’s to come — a body of work about introspection and being alone. Warren has said that Chaotic Good is about learning how to be with herself after many codependent relationships, describing it as her “phoenix moment.” It’s a departure from Warren’s previous soft~spoken folk, and while some traces of this sound still linger, Chaotic Good elevates it to reflect her growth.
↵    Warren has a strong ability to manipulate her rage and turmoil, having it bubble on the surface on slower, quieter songs, and then spill over the edge on faster, louder ones. “Part of It” has a catchy trotting rhythm, fitting for a song about a partner running away. Warren’s vocals build up to screeches dripping with pain on “Twisted,” sounding like a ’90s Alanis Morissette tune. It’s on her balladry, however, where Warren shines the most. Lush vocals, guitar and piano float on “Rose Portion,” “Only the Truth” and “Bed of Nails,” where Warren’s vocal flips and patterns are reminiscent of a modern day Joan Baez. “Every Death” is a standout, a haunting ballad that bends and twists down its eerie melodic path.
↵    Chaotic Good is certainly some of Warren’s most raw work yet, and her precise mixture of the delicate and the feral encapsulates the humanness of heartbreak and learning to exist with yourself.
↵    https://exclaim.ca/
Label: http://store.carparkrecords.com/categories/wax-nine
Website: https://www.johannawarren.com/
Bandcamp: https://johannawarren.bandcamp.com/
FB: https://www.facebook.com/johannawarrenmusic
Instagram: https://www.instagram.com/johahahanna/
Description:
May 1st, 2020
♣   “I’ve been thinking of life as a role~playing game,” Johanna Warren offers when asked why she chose a Dungeons & Dragons reference for the title of her new album. “There’s chance, there’s choice, and then there’s alignment: what forces in the universe am I working for?”
♣   Chaotic Good is Warren’s fifth full~length album and first for Wax Nine/Carpark Records. It represents a moment of rupture in the singer~songwriter’s career as she transitions away from the quiet, folk~adjacent work that defined her early solo albums with a bold statement piece that demonstrates the breadth of her ambition. Here, Warren flits between crushing admissions set to spare piano solos and muscular declarations of independence that have more in common with grunge acts of bygone years than anything we’ve heard from Warren in the past. “The last few years I’ve had an urge to change my name, or create some alter~ego,” she says. “But I realized ‘Johanna’ is already a character. We think we know who we are based on what’s already happened, but we’re always allowed to make new choices.” The oceanic, soothing single “Bed of Nails” illustrates that realization perfectly when Warren sings: “I tried a little bit too hard to be myself/ It turned me into something else.”
♣   Recording Chaotic Good was an exercise in self~reinvention. Warren decided to produce the album on her own, borrowing recording equipment from a friend to do much of the preliminary tracking alone in a garage. She enlisted a few key collaborators to fully enliven her vision, most notably former Sticklips bandmates Chris St. Hilaire and Jim Bertini. On the raucously resilient “Part of It,” Warren is joined by her musical brethren as she addresses a noncommittal narcissist and — a trademark of Warren’s work — the narrator’s complicity in her own suffering: “Don’t look at me like I’m the one holding you back/ and I won’t look at you like you have something I lack.” Adding to the album’s dynamism is the fact that it took shape over the course of four years in studios across the United States while Warren was touring her most recent albums Gemini I and II. Warren uses words like “patchwork” and “scrapbook” to describe Chaotic Good; it is a collection of sonic snapshots that transport her to specific places in time with each listen.
♣   “This album is about learning how to be with myself after a lifetime of codependent relationships,” Warren says. You can hear that especially well on “Twisted,” which finds her confronting a former lover, and ultimately, letting them go. “I’m a warrior, but I give up,” Warren howls, the surrounding production warping and distorting as her raw vocal crests to an acidic scream. Though her lyrics are resigned, her delivery is anything but. It is a moment of total abandon, when the multitudinous aspects of a personality coalesce to form something at once dazzling and monstrous. “Chaotic Good is a phoenixing moment,” Warren says. “Everything I’ve done before was just building the funeral pyre.”  Discography:
Solo albums
•   It is Like a Horse. It is Not like Two Foxes (2009) — as Sticklips
•   Zemi (2012) — as Sticklips
•   Fates (2013)
•   numun (2015)
•   Gemini I (2016)
•   Gemini II (2018)
•   Chaotic Good (2020) ♣